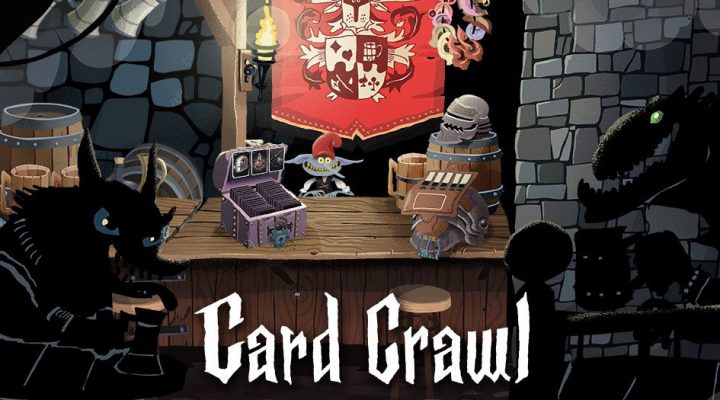 Takes what works with other games and makes something fun with it.

Card Crawl is a new Solitaire-inspired dungeon crawler for iOS devices from Tinytouchtales. As a simple card game with very few rules and easy-to-follow game mechanics, Card Crawl is a small game that offers a lot.

In Card Crawl, players attempt to clear a “dungeon” (deck of cards) by using cards dealt from the deck in groups of three by the dealer. To complete the dungeon and win, players need to get the dealer to deal all the cards in the deck and then clear them off of the game board. 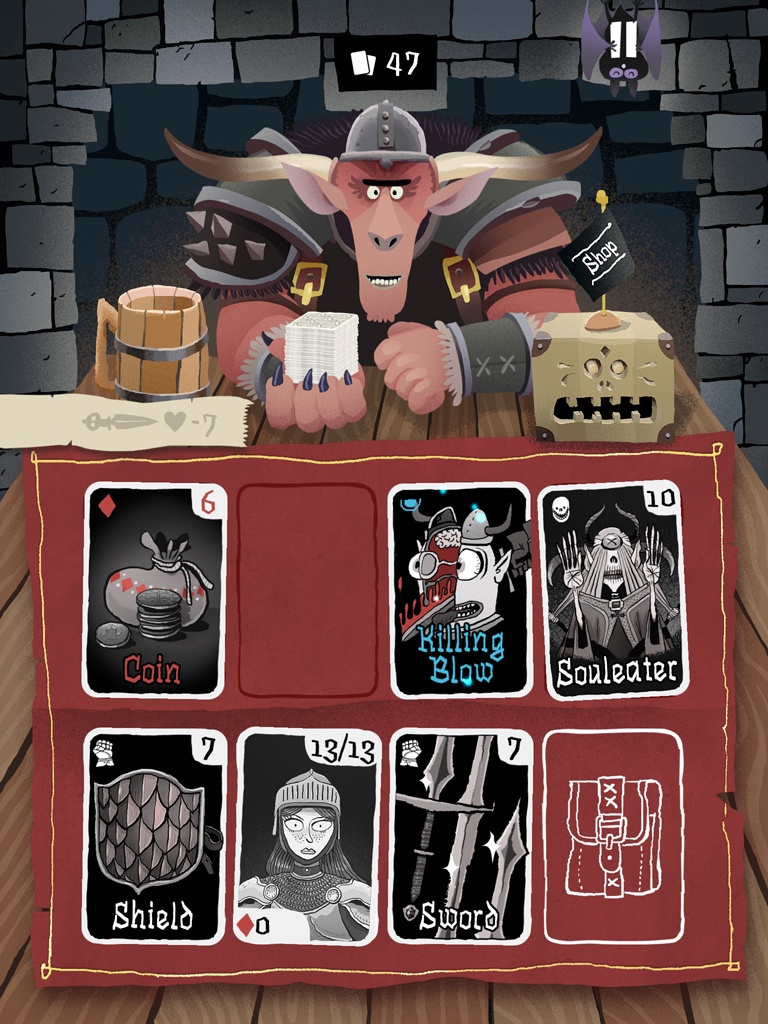 The game board is split into two rows; the bottom row represents the player, with two spots for equippable items, and a third spot for an item to hold onto in the backpack slot. The dealer fills the top row with four cards at the start of the game, and from that point on only deals cards when three slots are open. 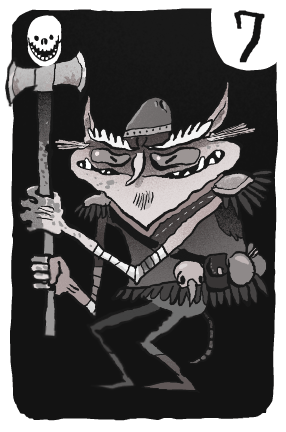 There are four types of cards found in the deck: items, monsters, gold, and abilities.

Item cards are weapons, shields, and potions. They can be equipped instantly, turned in for a bit of gold, or stored in the single-slot backpack for later use. In an interesting twist, Card Crawl allows the player to control the monster cards that come into play: players get to pick what the monsters attack. It’s up to the player if the monster attacks the player, or the player’s shield. The latter option is always preferable, though if a player happens to have a weapon equipped they can potentially destroy the monster without even giving it the option to attack.

One thing I liked about Card Crawl is that there is only one number per card, and it represents everything. 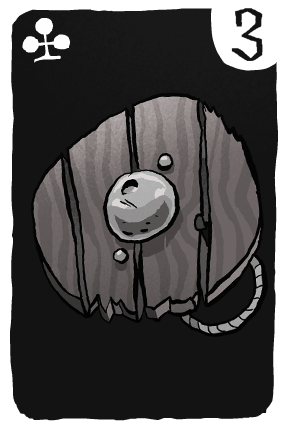 Say a monster comes out with a 4 on it. If you have a sword that has a 4 (or higher) on it, you can wipe out the monster right away because the 4 on the monster represents its health, and the 4 on the sword represents its damage output. But if you only have a shield with a 2 on it, players will want the 4-monster to attack the shield first to absorb 2 of the monster’s attack, and once the shield is used up the remaining 2 damage points will follow through and hit the player.

A smart player will use a sword to strike down a powerful monster’s number, and then have the weakened monster attack a shield to nullify a monster’s attack power as much as possible.

The ability cards players can unlock do things like turn any item into a potion, or force the dealer to reshuffle the cards currently in play back into the deck to deal out a completely new hand. While these ability cards sound nice, I always preferred a potion or a weapon card dealt to me in Card Crawl, as the ability cards felt more like a randomly-dealt gimmick rather than something useful. 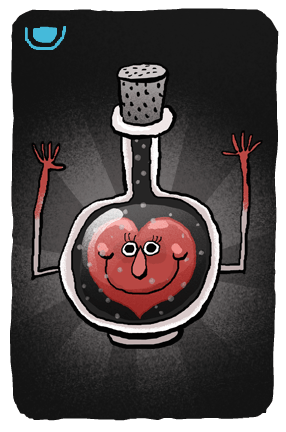 Part of the lure of a dungeon crawling-type game is not knowing what is around the corner. In Card Crawl, the cards remain the same game to game. After my fifth or sixth game I had memorized the monsters of the deck and the game quickly felt repetitive. Granted, if you enjoy playing Solitaire, you’ll more than likely never tire of Card Crawl for this very reason. But for players who prefer variety in their games, Card Crawl offers very little. 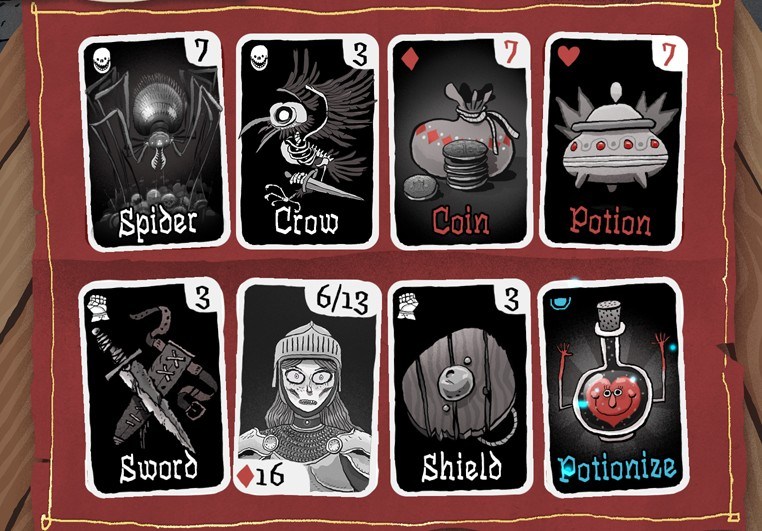 This could be fixed by adding in a handful of different theme decks that the game randomly sorts through. So instead of just the default arrangement of monsters and weapons, there could be a dragon deck, or a water monster deck, or anything else, really.

Card Crawl is an impressively solid card game that borrows what works from other games and spins it into it’s own, unique, game. Even if you do grow accustomed to the cards after awhile, it’s well checking out, and plenty of fun.