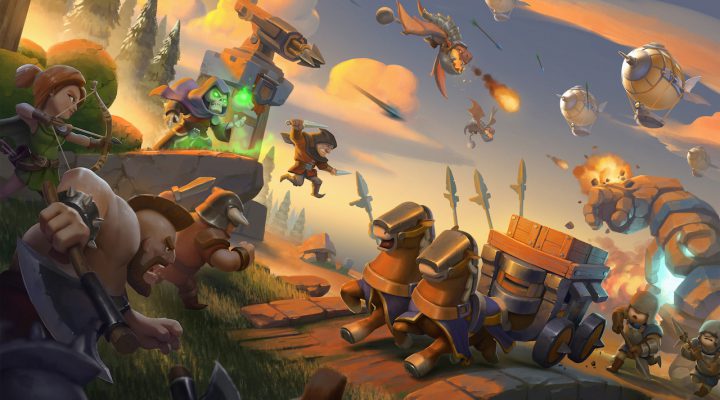 When future paleontologists examine the fossil record for the year 2008, they’ll discover the first stirrings of an explosion in the evolution of videogames.

How come? Because of the iPhone of course. The sudden presence in absolutely everybody’s pocket of a powerful touchscreen device forced game developers to invent about a million new genres that simply weren’t possible in the age of sticks and buttons.

Tower defence, while technically not a new genre, really found its niche on touchscreens, with games like Fieldrunners and the peerless Kingdom Rush series keeping countless gamers up into the night.

But it’s a long time since Fieldrunners, and the genre has evolved, breeding with other genres to create new and exciting entities. Entities like Caravan War.

Caravan War is a tower defence game, but only about half the time. The rest of the time it’s a resource management game. Let’s start with that. 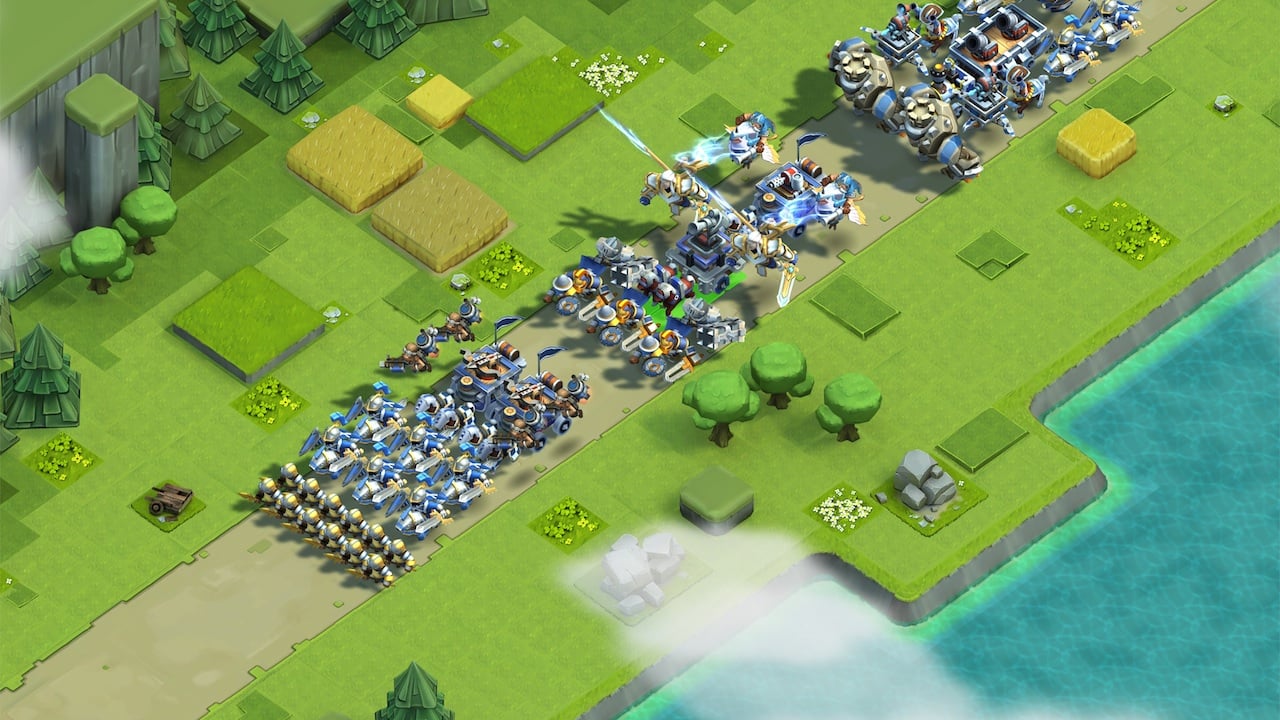 The aim of the game is trade. The caravan of the title is a small convoy of traders taking goods to their destination so that they can be exchanged for gold and other goodies, including chests that contain hero cards.

Before sending this convoy on its way you need to build a Headquarters, and while you’re at it you’ll also need to put up a Mill, which produces the goods you sell, an Academy, which trains the people who guard your caravan, a Tavern, where you can recruit new players, a Garage, where you can store vehicles, and many more buildings besides.

You start off looking down at a 2D isometric environment with specific sites that can take a building, and over time you fill it up with bustling activity.

Once created, the buildings themselves grow whenever you apply an upgrade, and the inhabitants can often be upgraded too, in the form of promotions for the guardians and bandits who do your fighting for you. You can also upgrade your towers, vehicles, weapons, and so on. 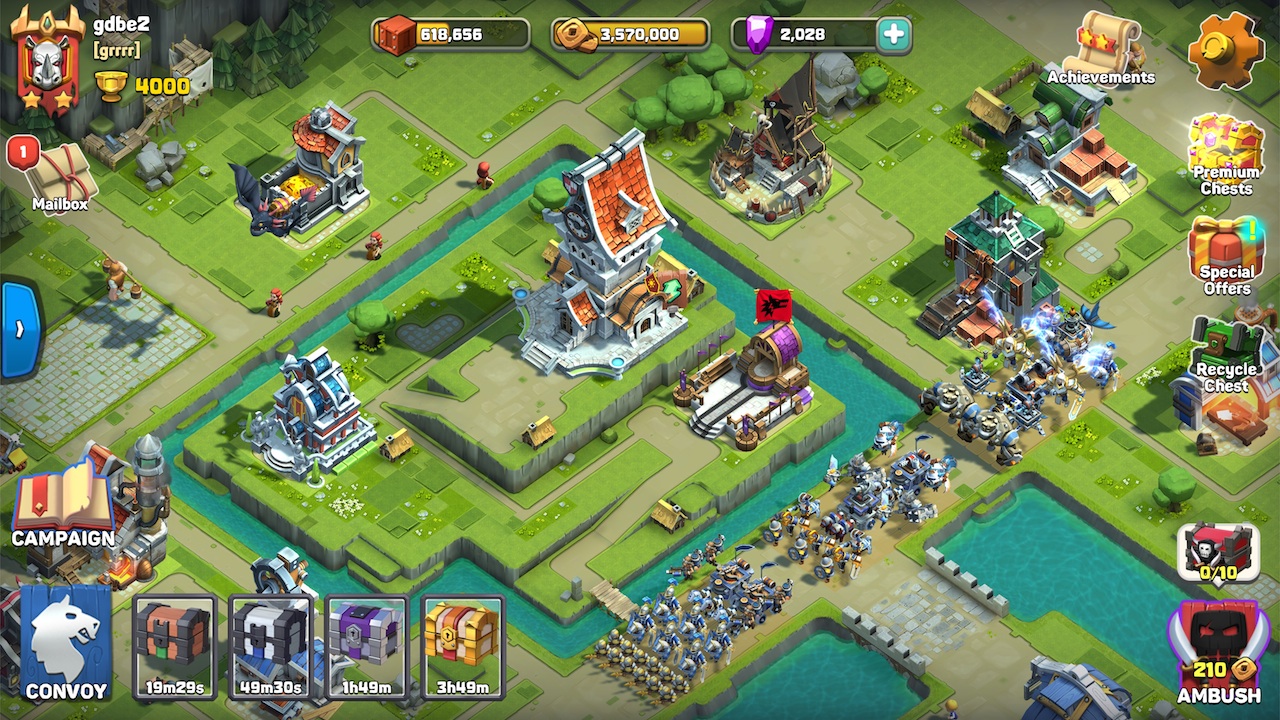 Upgrading your Headquarters increases the number of convoys you can have on the road at once, but these won’t have much chance of success unless you fortify your caravans with weapons and guardians, which you can do via the ‘convoy’ icon.

And you can’t send convoys out without cargo, which you make in your mill, but also steal. This is where the tower defence comes in.

Tapping on the ‘ambush’ icon takes you to a preview of a caravan trundling along obliviously. Tapping on ‘attack’ lets you ruin the caravan’s day.

In a layout that will be familiar to most mobile gamers, your enemy will march along a set path. There are places along the sides where you can mount towers that automatically pummel your enemies as long as they’re in range, and there are other places where you can drop bandits of various kinds.

Destroying the caravan entirely is the aim, but even if you don’t finish it off you get to keep the stuff you managed to steal, including lovely cargo to use in your own trades (as long as you can pull the trade off without being ambushed yourself.) 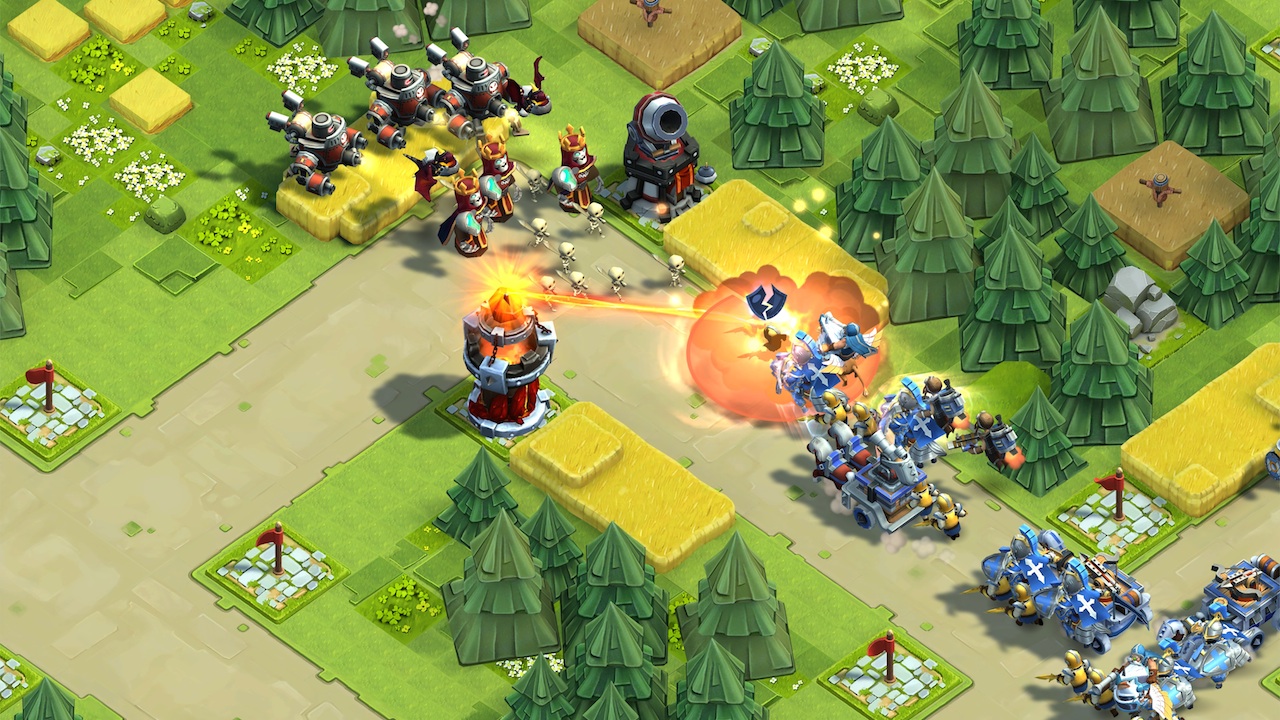 The bulk of Caravan War is multiplayer, with a guild system if you feel like being sociable and availing yourself of news, jobs, and business. However, there’s also a single player campaign to work your way through, and this is essential if you want to reach your maximum potential in the multiplayer.

That’s because whenever you complete one of the campaign’s ten worlds you get a new tower or other item, improving your chances of success in the cutthroat world of caravan-based fantasy trade.

The first few campaign missions are straightforward, just as it’s straightforward to ambush an inexperienced player, but as the difficulty ramps up you need to think carefully about where to place your towers and which bandits you want to field for battle. These skills are indispensable in the real world.

Caravan War isn’t entirely original, and it could reasonably be described as plain in the looks department, but it’s a neat mashup of two genres that work well on mobile and it gives you plenty to do.

If you’re looking for a different take on the category that boasts megahits like Clash Royale, it’s worth giving Caravan War a look.

You can download Caravan War on Google Play and the App Store now.