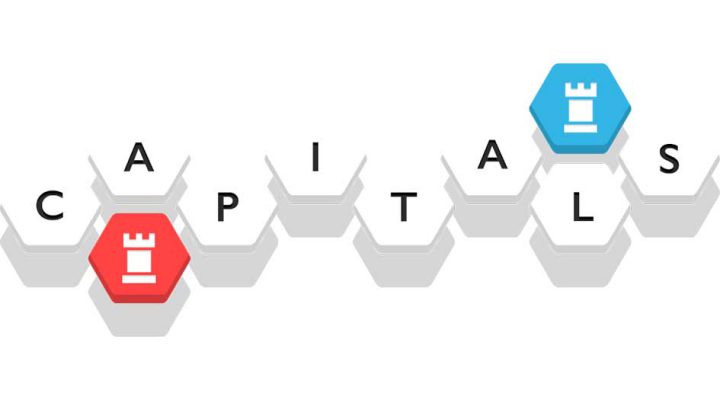 Games can turn into exciting land-grabs.

Addictive and satisfying to play.

"Lives" are necessary to start a new game, and take a while to recharge.

Word-nerds rejoice: We live in unprecedented times. The App Store’s selection of word-based games is pretty strong, and it’s only getting better. The recently-released Moldicide, for example, is a charismatic word game featuring weird characters, a weirder narrative, and a life-or-death struggle in a research facility brimming with danger.

But if you prefer keeping things simple (brevity being the soul of wit and all that), Nimblebit’s Capitals may please you. It contains no bells or whistles, no artificial flavors or additives. It’s just you and your wits in a struggle for territory against live opponents. 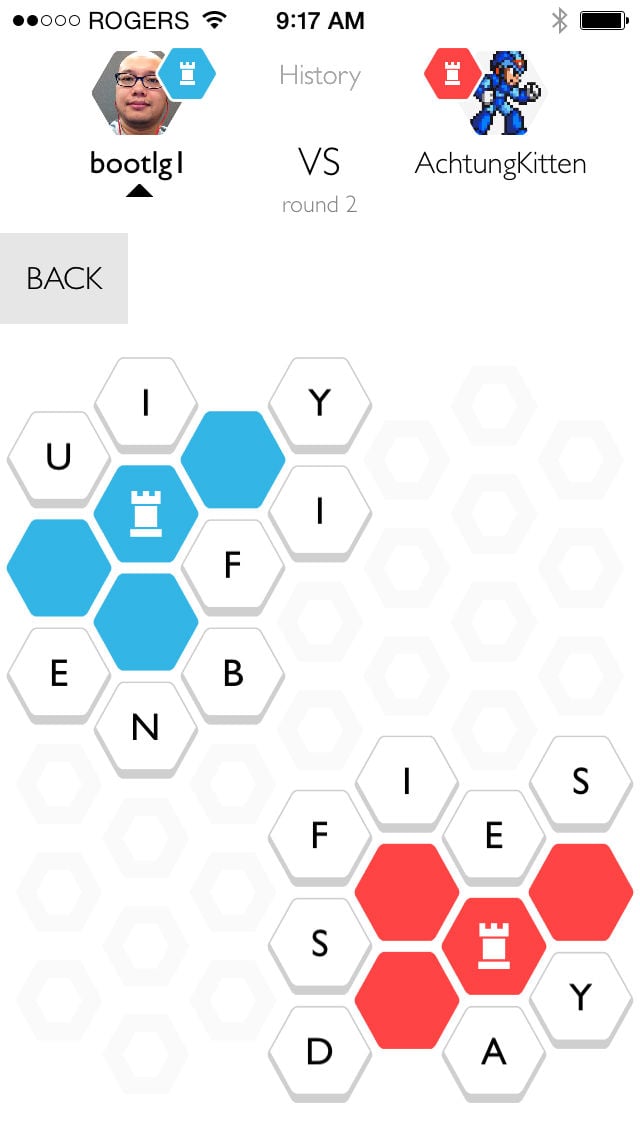 Capitals is what happens when a Scrabble board and a chess queen meet on a warm spring day and become overly-friendly with one another. Each game begins with two players, red and blue, on opposite sides of the playing field. You’re presented with two castle-style pieces (the titular “capital”) surrounded by six hexagonal letters. Then the conquest starts.

By using a combination of offense and defense, you make your way into your opponent’s backyard and capture their capital. Once the capital falls, you’re allowed an additional turn. Ideally, this is when you swoop in and eliminate every single one the opposition’s colored tiles, allowing you to win the match.

But it’s not always that easy. A single match of Capitals tends to be quick and murderous, but you can get a real game of tug-of-war going on as you surrender territory and gain it back. Even if your capital is endangered and you’re surrounded by unfriendly colors, you may yet find yourself blazing with alien energy as you step back from the brink, like a phoenix. Alternatively, you may flame out and die. Like a phoenix.

Also, you should probably try and spell “phoenix.”

To make things even more intense, you can use any letter tiles on the board in any order. So if you know big words real good, you can effectively attack and defend simultaneously. Don’t get too smug, though. No matter how strong you think your vocabulary is, Capitals still offers plenty of instances where you’ll find yourself tempted to make a deal with the Devil for access to a single “E.”

Capitals is a free-to-play game, but the trappings that are typically native to the monetization formula aren’t so bad here. There are customization options you need to pay for, but more notable is the lives system, which lets you start up to three games at one time — but then you’re waiting an hour for each life to refill, which in turn lets you start another game. 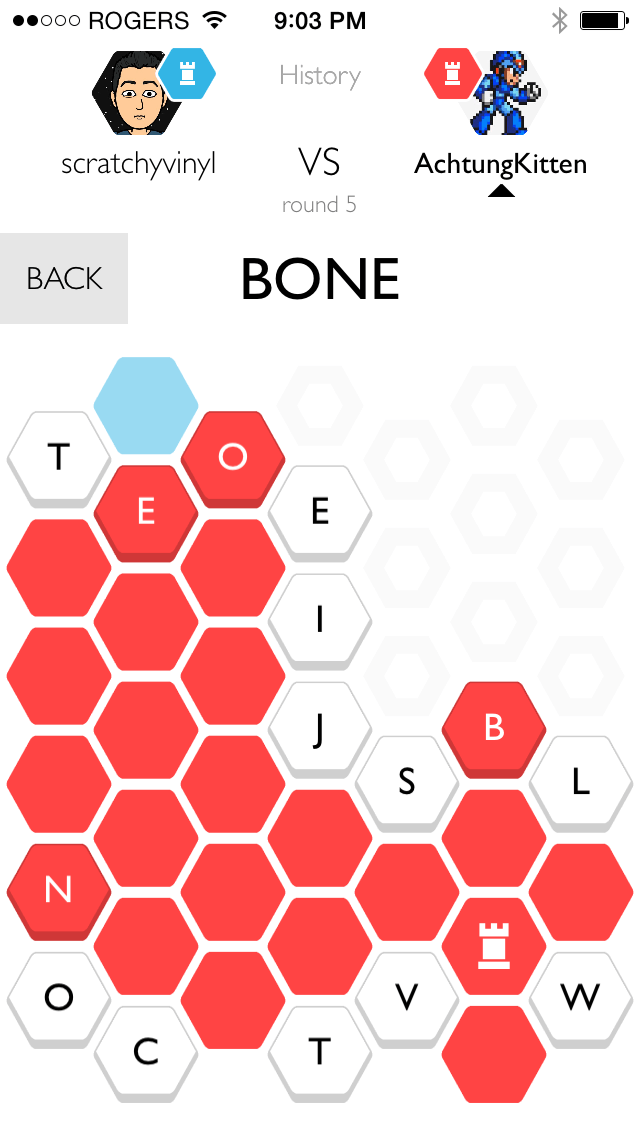 You can get an instant refill for $0.99 USD, or even unlock infinite lives for $24.99. It’s a fair system — but if you’re adamant about not spending money, you may get frustrated when all of your opponents are dragging their heels and you just want to get another game started.

All told, Capitals’ simple-looking graphics hide one of the most complex and engaging word games on the digital marketplace. As soon as you’re sucked in, you’ll learn to love to hate hexagons.