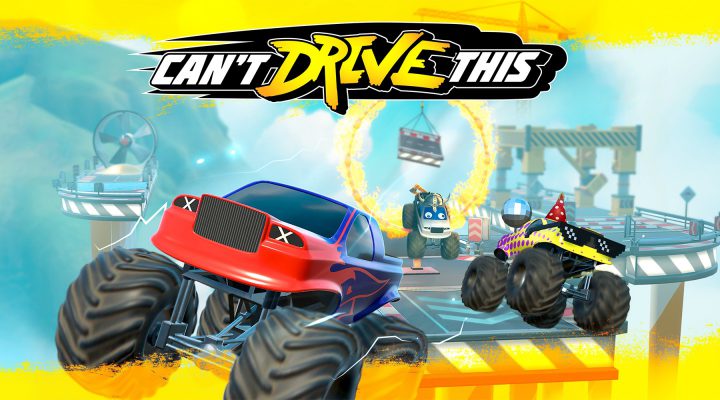 Some rough edges to the presentation

No fun for solo players

Can’t Drive This is a strangely satisfying experience – especially for a title that’s based around what seems to be a fairly flimsy gimmick.

A co-operative split screen racing game, it sees one person control a car – and the other is in charge of creating the track that person is driving on.

Track pieces are randomly generated and range from simple straight pieces of road to huge ramps and a range of other obstacles.

It’s up to you to rotate and pace the pieces in a way that makes sense and allows your partner to negotiate the track safely, but there’s the added constraint of having limited time to do so.

This is because the person who’s driving can’t slow down. They have to constantly be moving. It’s basically like the film. Speed, but without a snarling Dennis Hopper watching over you. Thank goodness.

There are options to play online, and with up to four players. But ultimately this is a game best enjoyed with just two of you in the same room.

What perhaps separates this game from being fun but slight is that there are attempts to mix up the core mechanics in a few different ways.

There’s your standard survival mode, but also a campaign that has multiple levels as well as a capture the flag option that’s just as chaotic as it sounds.

What really surprised us was the game’s sense of humour. In that it actually has one, and this helps elevates the game from something content-packed but dry (anyone remember GripShift on the PSP? No?) to something that actually sticks with you.

We watched all the tutorial videos for example, and we didn’t even have to. All because they were presented in an engaging and humorous way.

Can’t Drive This lacks a little finesse at times, and is perhaps a touch overpriced. But the way it manages to build an fully featured game around what could be a throwaway idea is undeniably impressive. Just don’t bother if you’re going to play it alone.