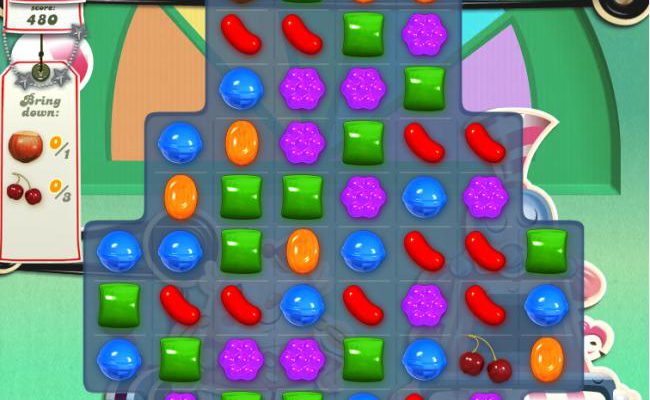 With releases like Bubble Witch Saga and Hoop de Loop Saga under their belt, King.com are quickly blurring the line between Facebook games and the sort of games we’d traditionally have thought of us as PC downloads. Candy Crush Saga continues this tradition by tackling the match-3 genre, and it does so splendidly.

While the term “match-3” may paint an initial picture, simply saying match-3 doesn’t necessarily indicate what kind of game you’re going to get anymore. Rather than the endless fast-paced rush you might find in games like Bejeweled or Collapse, Candy Crush Saga embraces the thinking man’s style of match-3 play. Presented with a fixed board, players will be given a variety of puzzling objectives as they work their way through the 65 levels available at launch, slowly thinking about their next move and how it’s going to affect their overall goals. 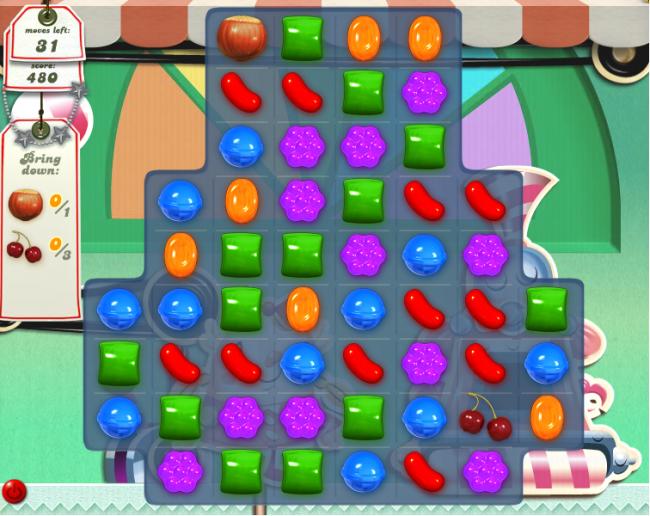 Initially these goals might be as simple as “reach X score in Y number of moves,” but they quickly grow in challenge from there. Some levels may see ingredients hidden in amongst the candies, and you’ll need to safely lower them to the bottom of the board. Other boards are littered with jelly-filled spaces, and you’ll need to destroy all their gooey goodness to move on to the next stage. You’re only given a limited number of moves you can make in any stage, so rather than simply looking for matches, Candy Crush Saga is all about looking for the right matches.

While it may be a formula we’ve seen before, it’s executed with a lot of polish – and despite the familiarity, it’s endlessly addictive. Maybe this is because we’re still not in an era where we expect PC-quality casual games on Facebook – but alas, that seems to be what King.com is determined to deliver.

Being on Facebook means the pricing structure is a little different than what the casual PC crowd might expect. The initial price of free sounds tempting, but there’s bound to be a great big paywall just waiting to jump out and block your progress unless you break out your credit card …right? 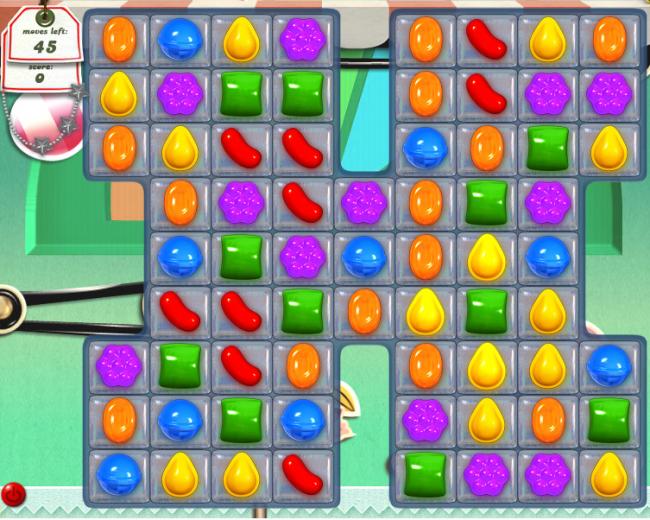 Not in the least. In fact, Candy Crush Saga might be the least aggressive game I’ve come across on Facebook in terms of asking you for money. Players are given five lives to start with, and you only lose one if you fail to complete a board. Even if you lose five times in a row, playing through those stages will let you sink a good 10 or 15 minutes into the game. After that your lives will refill on their own at a pace of one every 30 minutes, so unless you’re determined to play through the entire experience in one sitting, you’ll find very little reason to ever spend a dime. (and if you do want to play through the entire thing in on sitting… well, maybe you’re missing the point of Facebook games).

Candy Crush Saga also offers power-ups that are introduced and accumulated through the course of play. That said, we expected to have a chance to purchase more, but can’t seem to find an in-game store to allow such things. Perhaps it’s coming in a future update? Either way, it seemed like a strange omission.

The game also had something of an overactive hint system. After only a few seconds without activity, Candy Crush Saga is eager to highlight a potential match – but since so much of the game is about taking your time to think out the best possible move, this becomes more of an irritant than it does a help. Likewise, the moves it recommends are rarely the best ones. In a game where every move counts, suggesting random matches like this is more hindrance than hint.

Still, despite a few niggling complaints, Candy Crush Saga wows us with what it accomplishes. The puzzles are challenging and plentiful, the microtransactions are unobtrusive, and the presentation is top notch. If you’re a fan of a good match-3 puzzler – whether you typically play Facebook games or not – Candy Crush Saga should be the next game on your playlist.