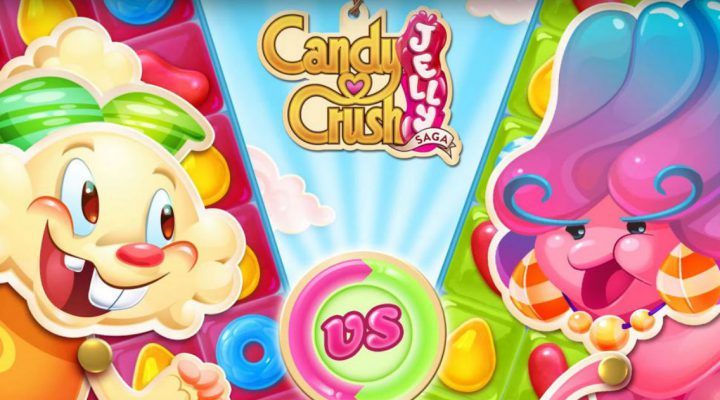 A fun and simple puzzle distraction.

Spreading jelly isn't quite as satisfying as crushing candies.

New year, new you, right? You have plans for self-betterment, and it’s a safe bet that weight loss and better eating habits are at the top of that list (even though you’re beautiful just the way you are).

If gorging on candy is off the table for now, you can at least count on King to deliver virtual substitutes through Candy Crush Saga as well as its latest title, Candy Crush Jelly Saga. Both games feature delicious-looking visuals. Oh, those tasty striped candies. Oh, those Swedish fish. No wonder people are compelled to keep on playing.

Of course, the oldest lesson about video game design applies as firmly today as it did when games were a couple of lines bopping a square back and forth across the screen: Graphics aren’t everything. Candy Crush Jelly Saga looks as tasty as the whipped topping that crowns a perfect sundae, but how does it play? 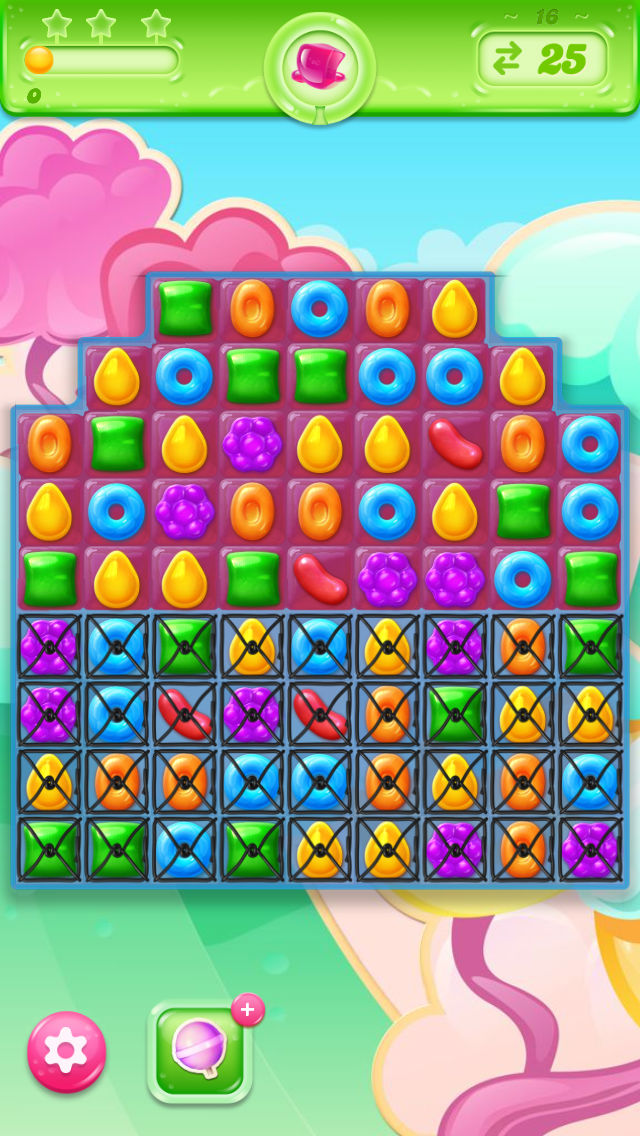 Well, it’s kind of like eating a bar of dollar store chocolate as opposed to some Lindt. Not exactly an ideal option, but not one to turn down, either. Its core ruleset, which mostly involves spreading jelly as opposed to simply making matches, doesn’t give the game the same hefty, satisfying feeling that most match-three games enjoy.

More importantly, Candy Crush Jelly Saga’s difficulty keys up pretty early on, and you quickly find yourself having to replay stages over and over.

Diving into Candy Crush Jelly Saga is easy as pie (mmm, pie) if you’re familiar with any of the other Candy Crush games. The premise still involves making matches of three or more similarly-shaped candies in order to clear them away — but there’s a twist.

Many of the stages you come up against challenge you to “spread jelly,” which you do by chaining matches to cover bare spots on the board. So if you make a match wherein one piece is located on a jelly-covered area, the jelly spreads to cover the empty bits underneath the other two (or more) pieces.

This means special pieces like striped candies, color bombs, and candy bombs are more important than ever because they can spread jelly across wide areas in a single move. And, as usual, you must complete each level’s appointed task within a set number of moves, or else you must start over (unless you want to pay up for the privilege of continuing).

Candy Crush Jelly Saga scratches that mysterious itch that makes match-three games so compelling, but on a psychological level, making matches in order to spread jelly doesn’t feel as psychologically good as simply matching game pieces without having the constant underlying worry about whether or not said matches are productive towards your main goal.

Also, Candy Crush Jelly Saga quickly fires up gimmicks that are meant to make you waste moves. There are the usual barriers and double-frosted game tiles that are only cleared by making matches alongside or on top of them, but you’ll really be driven to punching the happy denizens of Candyland when you meet the Pufflers. 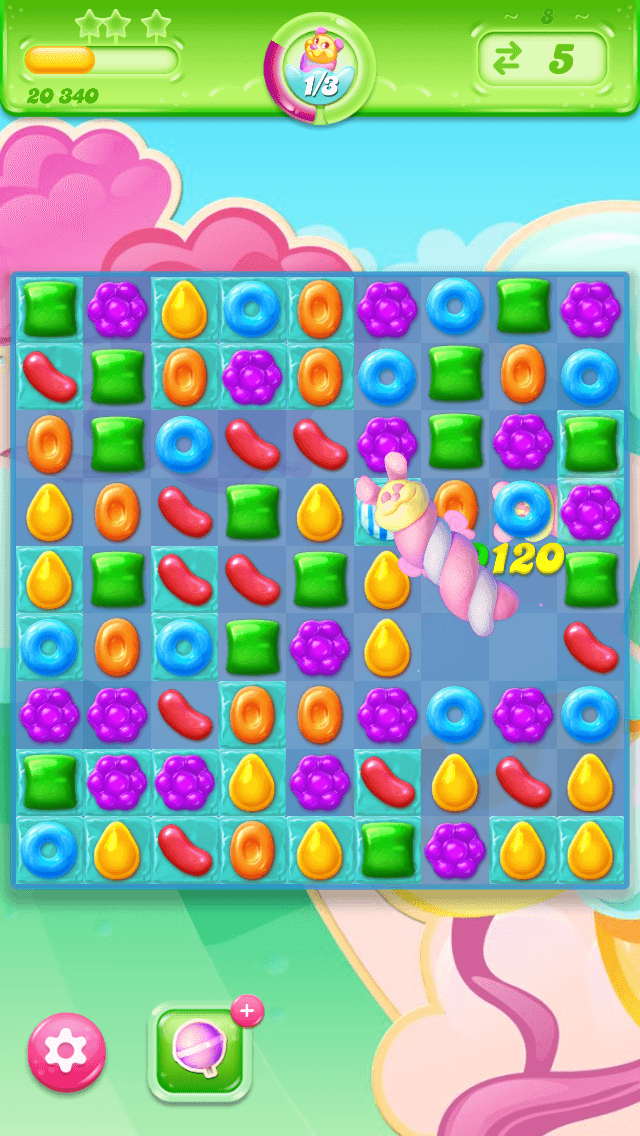 These wretched hell-worms hide under a layer (or layers!) of frosting, and move all over the board when you uncover one of their segments. If they’re feeling really evil, they slide under some manner of barrier that requires an extra precious move or two to clear away.

Another recent King release, Scrubby Dubby Saga, demonstrates the studio understands the concept of ramping up the difficulty of a free-to-play game at a natural pace, so when Candy Crush Jelly Saga takes you for a ride, it kind of stinks.

On that note, if you’re looking for bright and cheery match-three title, I’d recommend Scrubby Dubby over Candy Crush Jelly Saga. But if you’re a sugar-crushing fanatic who’s hungry for everything the Candy Crush universe has to offer, Jelly Saga won’t rot your insides.