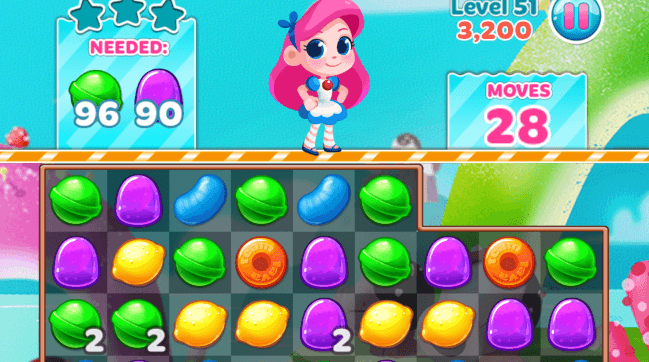 Packs in the candy, but not so much the saga

Continuing to mention Candy Crush could sound like belaboring a point, but it’s well-nigh impossible not to make comparisons between the two games so bear with me. First, let’s acknowledge that the Candy Crush magic is based on several things: the music, the story, the maps, and the unusual, graphic look of the game. Candy Blast Mania seems to get this too and does its best toborrow from the Candy Crush style book. Even so, it never achieves the same impact. 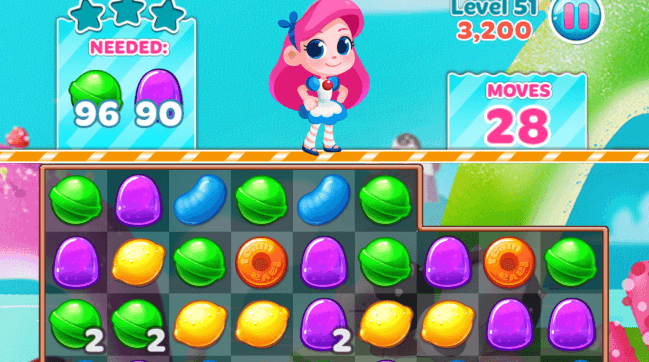 To begin with, the game’s music is appropriately spritely. The problem is it’s also repetitive and not particularly distinct. Lack of distinctiveness can also be attributed to the game’s story, which is more or less nonexistent. While Candy Crush isn’t exactly War and Peace, it does contain a simple little narrative which it conveys through cute, 2D animations, and by delineating different areas of its fun little map. By contrast, Candy Blast Mania‘sstory is barely hinted at through periodic boss-battles. Winning these battles doesn’t award you with anything, neither fun little story blurbs nor map changes, so you move from level to level with nothing to create a sense of achievement or progression.

Where Candy Blast Mania fares a little better is in the variety of its level configurations. These manage to be reasonably interesting, making for more challenge as different level shapes and different obstacles appear. Levels avoid becoming tedious by providing you with different objectives (although these are basically variants of the same goal—to collect a certain number of candies) and different move limits. Power-ups help too, and those like the Sugar Blast—which detonates entire rows and columns—and Candy Scoop—which collects all the candies of one color—look good and are fun to use. Best of all, three of them are free and can be used repeatedly, albeit after a cool-down. (Note: Non-free power-ups can be bought for a couple of bucks.) 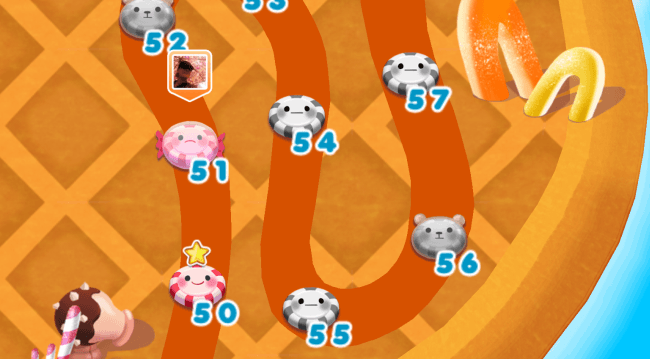 Free or otherwise, power-ups should be used judiciously, and it’s not a bad idea to save them for when your nemesis, the evil Gummy Bear King, pokes his head out for a boss battle. He’ll swagger around at the top of the screen, tossing obstacles in your way (such as square jaw-breakers that take several matches to remove) unless you stun him by taking his health meter down 10% or more in one hit. It takes some skillful match-three to beat him, but the only real difference between these boss fights and every other level is that there’s a grumpy bear at the top of the screen instead of a cute little girl.

Oh and while we’re talking cute, for some gamers the graphics in Candy Blast Mania could very well overshoot an acceptable level of sweetness and land hard in toothache territory. Candy Crush tempers its cuteness with its slick paper doll approach to character design, but Candy Blast Mania’s approach is unmitigatedly cute and cuddly. There’s really no sense of irony or tongue-in-cheek humor here; everything’s just as sugary-sweet as it seems to be. 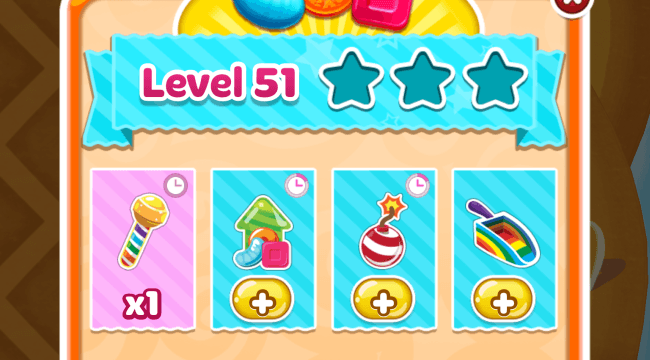 As match-three games go, Candy Blast Mania is moderately entertaining, if blatantly unoriginal. It unapologetically embraces its “me too” status as a watered down copy of Candy Crush and appears to be not the least bit bothered by its lack of cleverness and limited gameplay variety. The only way I can recommend playing it is if you’re one of the few who’ve never played a match-three game, or one of the even rarer few who’ve already beaten Candy Crush and are looking for yet another candy-themed time-killer.