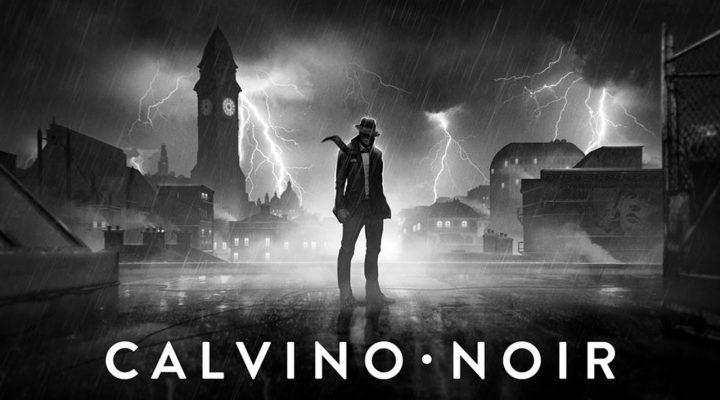 Very tough due to inconsistencies.

Mobile games generally tend to be bright, cheery, light-hearted experiences that entice the player to come back for more later in the day. Rarely do I come across a mobile game that features a grim, mature mood that is not a shooter. As Calvino Noir started up and I took my first stroll through the game’s back alleys, I immediately knew I was in for a treat.

Calvino Noir takes place in Europe, around the mid 20th Century. Playing as a “Scrambler” (a.k.a. a spy) players must do all sorts of shady dealings in order to progress through the game. It’s all handled through a narrative that weaves a handful of characters together and is broken into three parts. 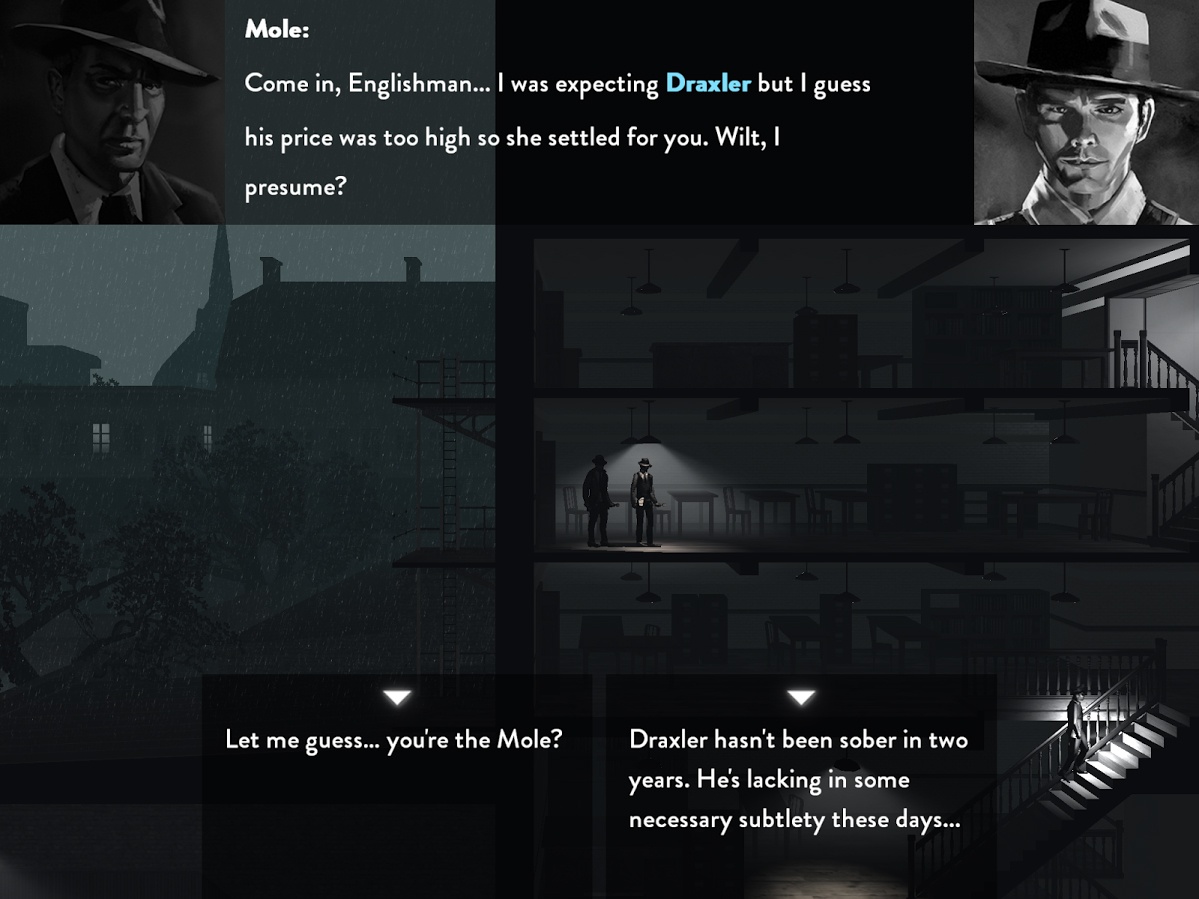 As additional parts require an in-app purchase, you might be wondering how long each part lasts. I don’t have an answer for you, because my progress in the game has been stifled by the fact that Calvino Noir is a brutally tough game. It’s difficulty level is set a notch above hard; somewhere between Dark-Souls-unforgiving and my-iPad-is-now-laying-across-the-room-with-a-cracked-screen. Calvino Noir will truly test your patience.

That really is the key, in Calvino Noir: patience.

Without patience, you’ll continually run right into guards who will drop you dead by the time your brain registers their presence on screen. You’ll have to really take things slowly, and time your movement if you ever want to have a serious chance at progressing through this game.

Frustration levels peaked for me when it came time to attempt to avoid the guards. The ability to hide is available in pre-designated areas, so if you’re walking down a hallway and a “hide” icon pops up, you can tap it to slink out of the gaze of a passing guard. But the hide mechanic is spotty at best.

First off, you don’t really know how you’ll initially be hidden until the character moves into position. So if you’re in a hallway with lockers and you hit the hide button expecting to hide in a locker, Metal Gear Solid-style, what actually may end up happening is that your character just flattens himself up against the hallway wall. Of course the flashlight-carrying guard is going to spot you before he even gets close to you, so that’s about as viable a hiding place as closing your eyes and shouting “I’m not really here!”

It seems like many of the game’s hiding spots are just death traps. Since you can’t run around quickly for fear of alerting guards to your presence, you’re stuck creep-walking around, and that has you hardly able to keep pace with the patrolling guards. Trying to get out of a bad hiding spot is just asking to be shot.

Also fueling my frustration was the game’s inconsistency with how the guards react. Sometimes I could walk right up a staircase behind a guard and he wouldn’t react at all. Other times I’d be dead before I made it to the second stair. Or a guard might suddenly spot me in a hiding spot that I’ve been using for all my previous attempts to get through the area. It was always a gamble.

I love a challenging game, but Calvino Noir is simply too difficult to keep my interests for long. Calvino Noir demands 100% concentration, and if the gameplay experience was 100% consistent, it might warrant it.