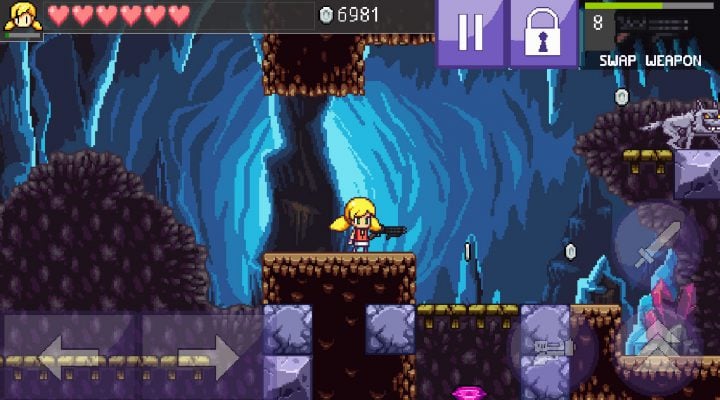 Tons of weapons to play with.

No recovery time between hits.

Young heroine Cally has a lot of responsibility on her shoulders. Whereas someone her age should be thinking about sports and sleepovers and video games, Cally has spent a significant chunk of her young life toting a gun while slithering through the endless depths of innumerable caves.

She should be in school. She should be attending rock concerts. It’s a shame, but to be honest (and a little selfish), Cally’s burden is our gain: Cally’s Caves 3 is the best entry in an already-solid platforming series for mobile systems.

The game begins with the maniacal Dr Herbert kidnapping Cally’s parents once again. He spirits them away to the depths of the cave system conveniently located in Cally’s backyard, which she plunges into and starts spelunking through in order to put a stop to Herbert’s shenanigans once and for all. She has some interesting allies on her side this time around, including an adorable bear with sharp ninja moves, and Herbert’s own son, who’s put-off by his father’s neglect and borderline insanity. 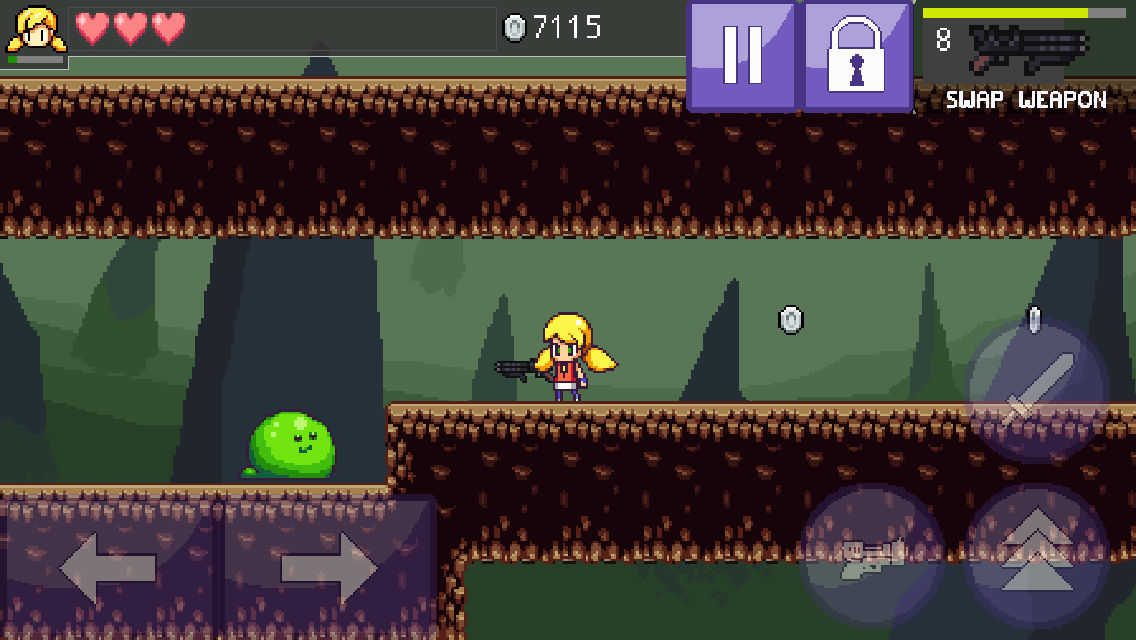 The Cally’s Caves games have traditionally offered some of mobile’s most engaging and in-depth platforming experiences, and Cally’s Caves 3 tightens and tweaks everything, then adds a nice coat of polish. The cave system is comprised of several large rooms, each of which is packed with platforms, enemies, and items. There’s usually no clear indication of where the exit is, so nosing around and assessing the lay of the land is much of the game’s fun.

But the caves are dangerous, so Cally needs to haul around her massive arsenal of weapons. Thankfully, she has her pick. There’s a delightful selection of guns, blades, bombs, and much more. The more you use a weapon, the more damage it gradually inflicts. Experimenting with your weapons is a blast, pun fully intended, and each one affects enemies in different ways. For instance, a shotgun delivers a succession of low-powered blasts that won’t stop an enemy’s advance, but the slower sword stops them in their tracks.

Learning your foes’ movements is important, since, like its predecessors, Cally’s Caves 3 doesn’t offer a lot of recovery time for you or the bad guys. If Cally takes a tumble and lands smack in a nest of hostiles, she can lose all her hearts in a couple of seconds. Dying brings up another Cally’s Caves series trademark: A rather scary-looking portrait of Herbert’s grim face.

I still believe hit recovery would be a beneficial addition to the series, but it seems Cally is fated to soak up the hurt without a chance for a breather. Luckily, Cally’s Caves 3 has consumable items that let you restore health whenever necessary, which is handy for staying alive and therefore keeping Herbert’s ugly mug out of your business. 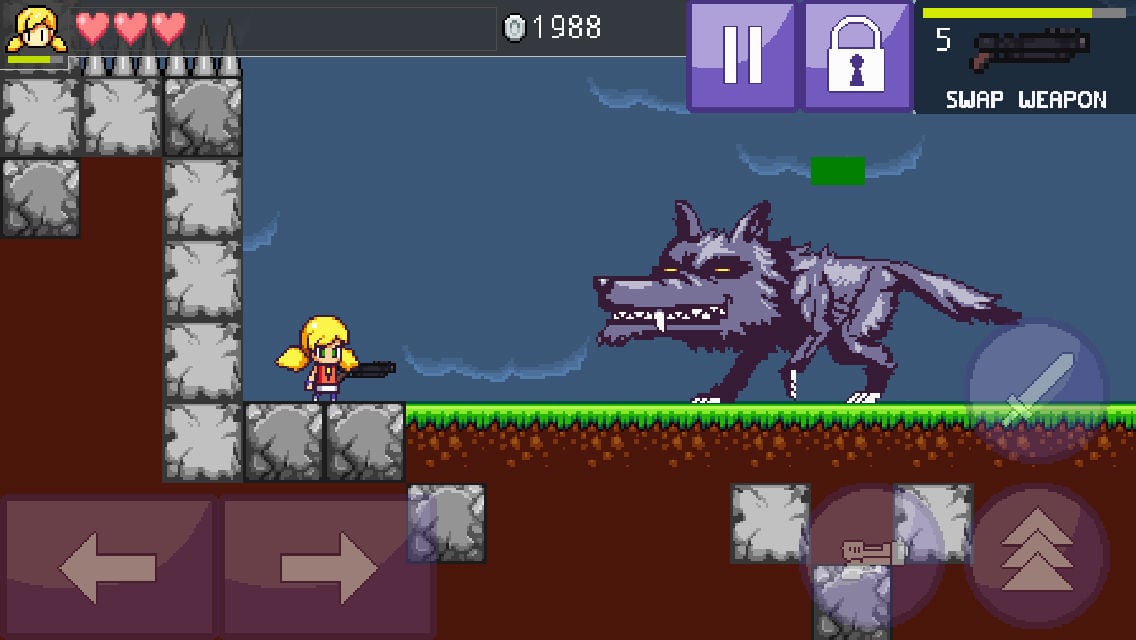 Cally’s Caves 3 features some very nice-looking sprites and background images, and its soundtrack fills your ears with gritty techno. Its controls are highly responsive, though the nature of touch-screen d-pads means you’ll inevitably miss a jump from time to time.

Don’t let that deter you, though. Check out the latest chapter of this sweet cave story.