Home / Reviews / Call of Duty Mobile Review: The Lines Between Mobile and Console Have Blurred

Call of Duty Mobile Review: The Lines Between Mobile and Console Have Blurred 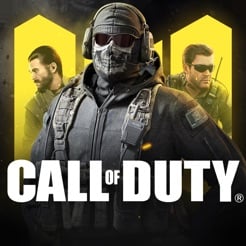 It’s Call of Duty. On Mobile.

Free to play monetisation will be off-putting to some

No controller support (for now)

Call of Duty Mobile has really impressed us. What we initially thought would be a watered down version of the real thing chucked onto mobile to make a quick buck (see: Mario Kart Tour) actually ended up being way more than that. Make no mistake: Call of Duty Mobile is very much a big console-style release, just for our phones.

Sure, it’s lacking some of the polish and flair of the console releases, but you likely won’t care. It’s enough just to be able to take an online shooter of this calibre with you no matter where you are. Even Nintendo’s Switch can’t offer that currently.

But before we move onto the full critique, here’s what Call of Duty Mobile offers you. It’s a fully-fledged brand new Call of Duty built from the ground up for mobile. Series veterans will find it familiar, given that many of the trademark game modes, maps, weapons, score streaks, characters, and more have made the cut.

It actually feels like a best of collection of the Black Ops and Modern Warfare series. Fan favourite maps like Nuketown, Firing Range, and Crash sit comfortably next to each other. You can participate in stalwart game modes likeTeam Deathmatch, Domination, and Search and Destroy, as well as the return of Infinite Warfare’s hugely underrated Frontline.

Before you even get that far, you’ll customise your own load out. Again, this feels very familiar. You’ll pick your favourite weapons, from the M4 to the AK-47 and everything in between. You can bring a knife with you, pick perks, chuck a few grenades in, and customise your weapons with a variety of attachments.

It isn’t as highly customisable as the Black Ops series’s Pick Ten system though, sticking closer to the original Modern Warfare’s system of choosing your favourite items for each slot. You can’t, for example, drop your optics in favour of an extra attachment, or bring two slot one perks instead of a slot one and two perk. It’s hardly gamebreaking though, as you can customise the heck out of your load out in a number of different ways.

New weapons, equipment, perks, and score streaks become available as you level up – much like in the main series. Levelling has been fast so far, though the levels go well past 100 so it might slow down at some point. That brings us to a mild concern we have: the monetisation.

We wouldn’t quite go so far as to call it pay to win. From what we’ve experienced, you can unlock every single weapon in the game for free just by putting in the grind. You can also purchase COD Points to spend on a variety of different weapon, character, and vehicle skins. Many will be pleased with that – better it be skins than actual weapons, right?

But where it’s problematic, is that purchasing a skin unlocks that weapon for you too. That means you can feasibly pay to get a weapon that would take a free to play person a long time to unlock. We haven’t found this to be a huge problem though, as the weapons generally feel very well-balanced. In fact, we finished as best player in a number of matches just using the default M4 weapon.

Obviously free to play mechanics are going to be a bone of contention for gamers who play primarily on console and PC, as well as us mobile gamers who are simply tired of it, but we haven’t found them particularly obtrusive. Sure, the skins are insanely expensive, but you don’t need them. You can comfortably play for free and unlock everything the old fashioned way.

There’s also an optional battle pass, because of course there is. This costs just shy of $10 and showers you with rewards as you level up. There’s a free tier, but it’s incredibly stingy and not really worth bothering with. Those who pay will get a ton of skins, XP tokens to level up weapons faster, and stuff like that.

What we found quite interesting, was that you can earn enough COD Points from levelling up the battle pass to purchase the next one when it comes around. You will have to play a fair bit and focus on completing challenges to get far enough along the battle pass, but you’ve got over two months to put the time in. If it stays this way, a single purchase of the battle pass might be enough to have a battle pass forever.

Alongside the standard multiplayer modes – which include ranked and unranked play, depending on how competitive you are – is a battle royale mode. Surprisingly, we didn’t find it all that similar to Black Ops 4’s Blackout. Aesthetically they share similarities, but it actually felt a lot more like a polished PUBG Mobile.

It features third and first person play, all of the weapons from the multiplayer make an appearance, and you’ll spend your time working you way across the map, looting weapons, killing enemies, and desperately trying to survive. The primary difference is in the pace. Call of Duty Mobile’s variant is a lot slower than Blackout, and we found we went huge periods of time without seeing another player, much like in PUBG Mobile.

In terms of controls, Call of Duty Mobile is the tightest mobile shooter we’ve played. The default sensitivity setting is so fine-tuned that you won’t even consider changing it. We recommend changing the default controls though. These come in two options: simple, which fires automatically whenever your crosshairs meet an enemy, and advanced, which allows you to manually fire and look down your iron sight simultaneously.

Some Players Will Find the Freemium Mechanics Off-Putting, But We Think it Avoids Pay to Win Masterfully

Go into settings and you can make a ton of tweaks, changing your sensitivity, virtual button placements, and more. Our favourite control scheme was simple with the option to double tap to bring up your iron sights. Virtual controls are an absolute nuisance, cluttering up the screen and requiring virtual thumb-nastics to pull off simple manoeuvres. This custom control scheme allowed us to use minimal use of the buttons and felt incredibly natural.

Curiously, controller support did feature during beta, but was removed alongside the full launch of the game. Activision is yet to comment on this, so it’s unclear if the support will make a reappearance, But we’d be very surprised if it didn’t.

Our favourite aspect of Call of Duty Mobile is just how darn easy it is to play with friends. You simply choose your game mode, hit invite friend, and select them from the list. They’ll then visually appear behind your character, and whoever’s in charge of the party can initiate battle in a matter of seconds. It should always be this way for primarily multiplayer games, but it isn’t (again, see Mario Kart Tour), and we’re incredibly impressed.

Overall, it’s a huge thumbs up from us for Call of Duty Mobile. This release very much blurs the lines between console and mobile, feeling every bit the huge profile console release on our phones. The fact you get so much for free is astonishing, and Tencent and Activision wisely stayed clear of pay to win – even if the freemium monetisation will remain off-putting to some.

As mobile game fans, we’re incredibly pleased to see a high profile release like this on our phones. Along with the recent Apple Arcade and Mario Kart Tour releases, it’s never been a more exciting time to be a mobile gamer.

If you’re looking for more Call of Duty Mobile content, check out our Complete Guide, which includes links to everything we’ve written up to this point.

Assemble with Care Review and Guide: A Good Sign of What’s to Come from the Apple Arcade