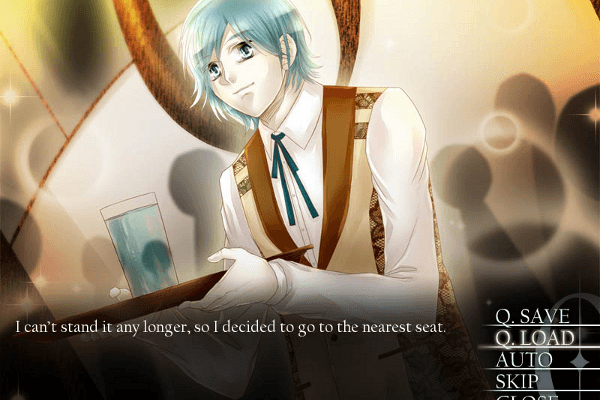 Cafe 0: The Drowned Mermaid is best left for hardcore fans of interactive novels.

Video games occupy dozens of niches, and interactive Japanese novels is as niche as games get. Either you instantly fall in love with these text-heavy mystery titles, or you raise an eyebrow after ten minutes of play and sweep your mouse cursor towards the “Uninstall” button. Café 0: The Drowned Mermaid for iOS is an interactive novel that subscribes to most of the genre’s clichés. If you’re into similar fare you’ll appreciate that the game exists, but it has enough issues to fill up a swimming pool.

You play through Café 0 as a teenage girl who arrives at a café in the middle of nowhere—the titular Café 0. A neon-haired waiter with a knowing smirk informs you that you’ve died with regrets in your heart, and you must go back amongst the living and sort out your issues before you can move on to the next life.

Problem is, you remember nothing about your life or your death. You need to re-introduce yourself to your three friends and hope they can provide some insight about who you are, and piece together what roles they played in your end—if any. 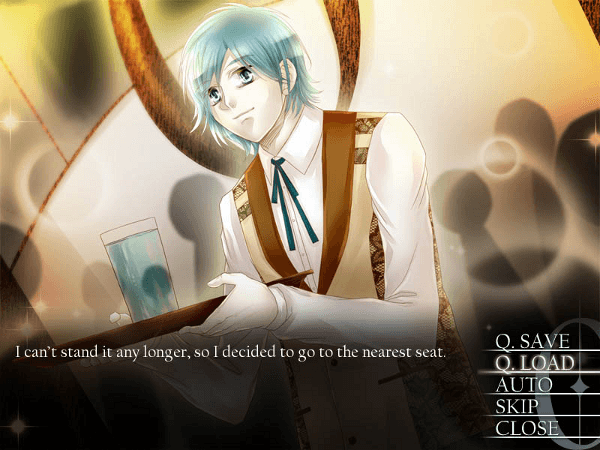 You have seven days of game time to get your affairs in order. There are three characters you need to talk to: Your best friend Ami, the school doctor Shou, and your ex-boyfriend, Tooru. Like most interactive novels, you’re given a choice of what to say at certain intervals. Depending on what you say, you might head down the “Good” path and find peace with yourself, or you might wind up on the “Evil” path, which leaves you full of regret and a desire for vengeance. There are six endings overall, and you need to gather up the other five in order to see the “true” ending that reveals your final fate.

Even though it lets you make an occasional story choice, Café 0 is extremely linear. If, for example, you decide you want to pursue Shou’s storyline but switch out to Tooru’s story the next day, you automatically doom yourself to the game’s generic “Bad Ending.” There’s also the issue of the “Good” path versus the “Evil” one: What’s so evil about telling your smug ex-boyfriend to “shut his eyes” if he can’t stand looking at your face? To be “Good,” you  need to be a simpering apologist. 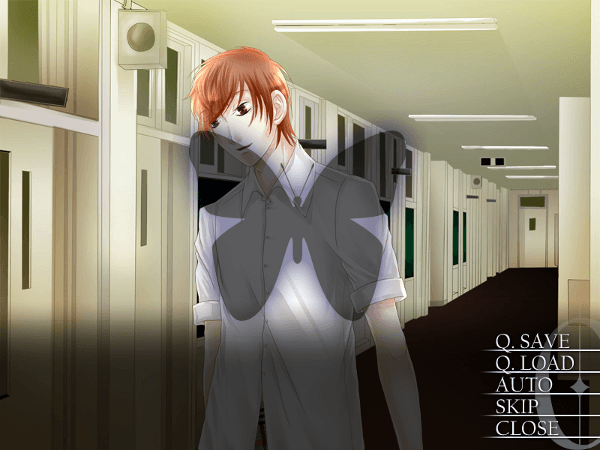 Café 0 also has some big translation and localization problems. There are grammar errors galore, and sometimes the text makes no sense at all. This is particularly disappointing when you consider that Café 0 received a PC release two years ago—more than enough time to go through the text and give it a good clean-up.

Purists will definitely enjoy the Japanese voice cast, though they’re less likely to enjoy the instances wherein the anime-style graphics go terribly wrong. It doesn’t happen often, thankfully; for the most part, Café 0‘s graphics are fine, if static. That said, there are moments when a character looks downright frightening, even when it’s obvious that he or she is not supposed to look like something from the dark corner of a bog.

But for all its problems, Café 0 tells a compelling story. It’s certainly not the most dynamic piece of literature ever written (beware of tired old boob jokes), but if you’re into interactive novels and you’re curious to find out how a mermaid can actually drown, you’ll almost certainly want to play long enough to see the game’s true ending.