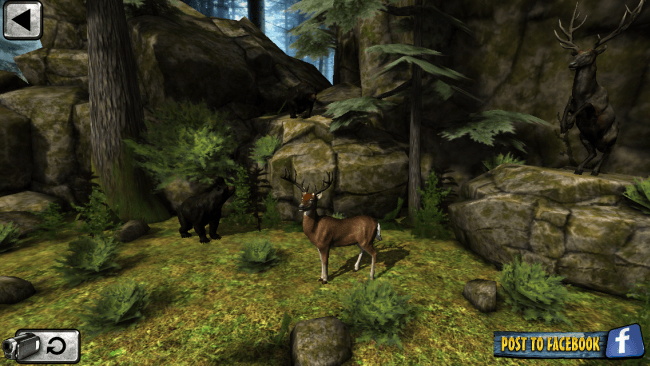 A deer in the headlights

It was more than two months ago that I took my first tentative steps into the hunting game genre when I reviewed Deer Hunter 2014. Two months ago when I realized that, when handled right, mobile hunting games can actually be pretty cool. Cabela’s Big Game Hunter, on the other hand, has shown me what happens when it’s handled very, very poorly.

Cabela’s Big Game Hunter follows the (what I assume to be) typical mobile hunting game pattern by giving players a series of disconnected areas to hunt in – each with various critters to shoot and/or not shoot. Tapping arrows on either side of the screen will move the hunter from side-to-side and shift the perspective. Some weapons can be aimed with a scope, and power-ups that provide temporary boosts or other kinds of help can be purchased. Some hunts may simply require killing a specific animal while others will want players to shoot something in the lungs or heart. Aggressive prey can be particularly tricky as they’ll rush in to attack, triggering a very simple Infinity Blade style game of dodging. 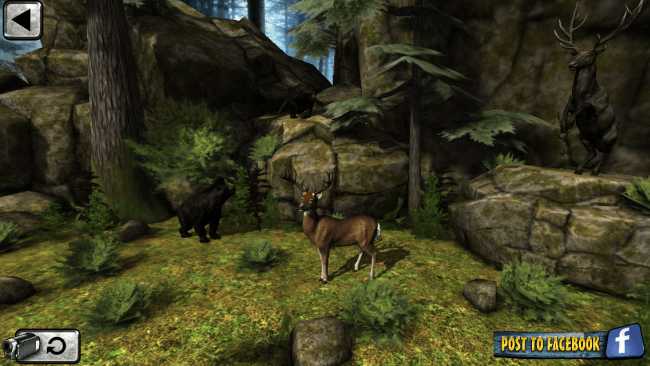 As hunts are completed, players will earn stars that go towards unlocking new areas (with new animals) to hunt in. Oftentimes a successful hunt will even unlock a new challenge or two; which can be a good excuse to go back and shoot up more stuff. Little by little this also earns cash that can be used to buy better weapons (some of which are required for certain hunts) or attire (used to unlock even more places to hunt). It’s even possible to display kills in a special trophy area and share photos of all those virtual stuffed animals with Facebook friends.

The basic mechanics of Cabela’s Big Game Hunter are competent enough, and being able to display trophies is pretty cool. I also have to admit that while being able to tap on rustling bushes to flush out small game like rabbits and quail isn’t particularly mind-blowing, it is still a rather neat idea. As is the occasional and extremely satisfying slow motion Kill Cam. That’s about where the compliments end, sadly. 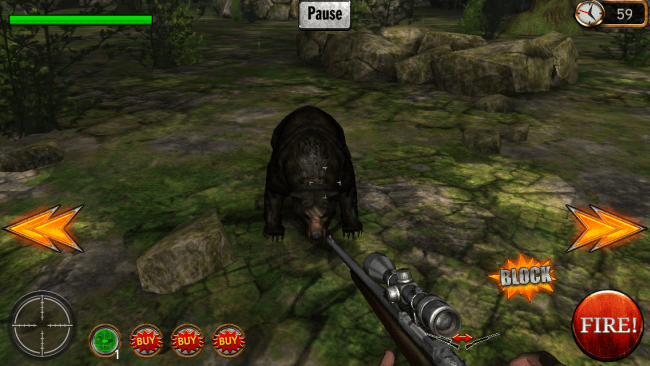 Even without having prior exposure to a significantly better hunting game, I’d still be disappointed in Cabela’s Big Game Hunter. The textures are rather flat and the animations are stiff. There’s no way to upgrade firearms; instead I can only buy new ones once I’ve saved up enough money. That in itself is also a problem since it can take quite a bit of grinding to save up: the first pistol costs over $700, which is a real shame since at that point most hunts earn at most somewhere between $15 and $25 at a time.

Oh, and that first pistol is a requirement for some of those early bonus challenges. On top of that, the menus are ugly and look like an afterthought (a big turn off when coming from a big name like this), what little action there is can be incredibly slow, and sometimes the hit-detection seems way off. Now I’m no biologist or hunter, but I really don’t think that shooting a bear in the face should count as a “body shot.” I also don’t think real deer will scatter after hearing a gunshot only to run two feet, bump into each other, and just sort of stop. 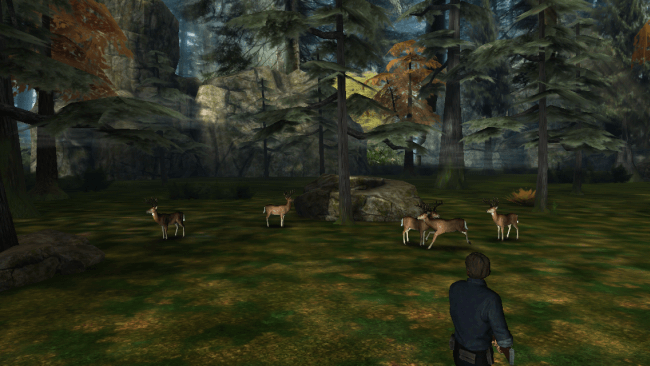 I honestly had high hopes going into Cabela’s Big Game Hunter, since my previous excursion was such a surprising amount of fun. Also because of the name attached to it. I’d expected one of the biggest names in hunting games to produce something that would at least rival what’s already available. Unfortunately, that’s just not the case.