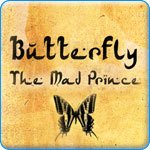 The word "mad" has two meanings: it can mean either "angry or "crazy" depending on context and culture. I experienced several bouts of madness – in both senses of the word – as I struggled through Butterfly: The Mad Prince, a shoddy hidden object game featuring frustrating mini-games, lazy level design and a poorly-translated story centered on a disturbed individual named Prince Abu.

Prince Abu is one angry dude. He’s angry because something happened to his princess, Yasmin, and he’s apparently on some sort of mission of revenge. The story is told in first-person, with paragraph after paragraph of Abu’s deranged ramblings – it’s not a particularly fun topic for a hidden object game, and to make matters worse, the font is nearly illegible and the English is terrible.

After head-scratching my way through sentences like, "One thing what is sure, I won’t let to this shameful evildeed to be left without retribution… Do, I’m Not!" I gave up trying to understand the finer points of the plot and concentrated on the gameplay.

Unfortunately, the gameplay is equally uninspired. There are no instructions whatsoever, but hidden object veterans will understand the gist of it: you’re given a list of objects (such as boots, apple and clock, as well as "Pine Apple" and "Graffity") and you have to find and click on them in each scene. Why does Prince Abu need to collect random objects? Who knows.

There are nine items to find per scene, but there are seriously only about 20 hidden objects in total, so there’s very little challenge. It’s also painfully obvious which items blend in with the background scenery and which have been sloppily grafted on top. The same small number of objects repeat over and over again in every scene.

The scenes themselves appear to be taken from a stock photography catalog. They’re all over the place, with no context whatsoever. An underground sewer, a ballroom, an outdoor scene… what are they meant to represent? Is the prince just thinking about these random locations, or actually visiting them? If it’s the latter, why? In my favorite example, a paragraph where the prince is talking about his "palace" is accompanied by a scene of a tropical poolside resort, complete with deck chairs. Ok…

There are unlimited hints, but the punishment for random clicking is uniquely severe. All of a sudden, without warning, a big GAME OVER sign flashes and you’re unceremoniously dumped back out onto the main menu. You’ll have to start the level all over again.

There are mini-games too – again, with no instructions whatsoever on what to do, or why you’re doing it. Eventually I was able to figure out that a lock-picking mini-game wanted me to tap the arrow keys on my keyboard to correspond with whichever arrow turned green in the pattern.

That’s about all there is to say about Butterfly: The Mad Prince. I’m certainly not going to waste any more time writing about it, since the game’s developers obviously didn’t spend too much time creating it. Give this one a pass, and spend your hard-earned money on something – anything – else.