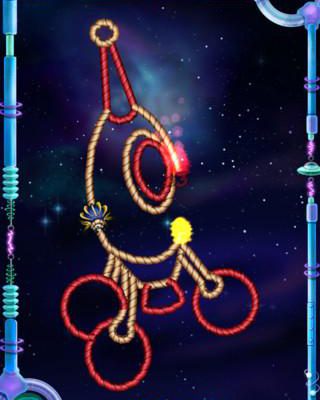 Burn the Rope: Worlds offers more of the same, with a few new twists

The sequel to Burn the Rope follows the same type of expansion mentality as games like Cut the Rope: Experiments. It offers largely the same experience as the original, but more of it. There are a few new gameplay tweaks and even some new modes, but it’s essentially the same game. Of course, given that the original was so good, that means that Burn the Rope: Worlds is simply more of a good thing.

The premise remains the same: in each level you need to burn as much of a piece of rope as possible. Burn 60 percent of it and you get a bronze medal and can move on. The trick is that in order to keep the flame going you’ll need to constantly twist and turn your iPhone, following the curves of the rope to ensure that the flame is forever moving up. As the rope designs become more intricate, this becomes increasingly challenging. And to make things even more difficult there are the bugs.

Depending on the type of bug, burning them will have a different effect. Returning favorites like the ants change the color of the flame, which is important for burning colored rope, while spiders will shoot out a bridge of silk connecting two areas. There are also new insects to burn like the water bug, which shoots water everywhere, dousing your flames, and the explosive bug, which, well, explodes. The new additions add a nice dose of variety to the experience and make getting 100 percent on some of the levels quite tricky, though a few more would’ve been welcome.

Burn the Rope: Worlds features 100 new levels spread out across four themes, and you’ll also get to play a fun little mini-game every so often where you need to burn as many bugs as possible in a limited amount of time. The controls feel identical to the previous edition, though turning corners is mercifully much more intuitive this time. We didn’t have any problems with flames burning out while trying to get around a corner. You can also now tap the screen to speed up the flame, though this feature felt largely unnecessary. 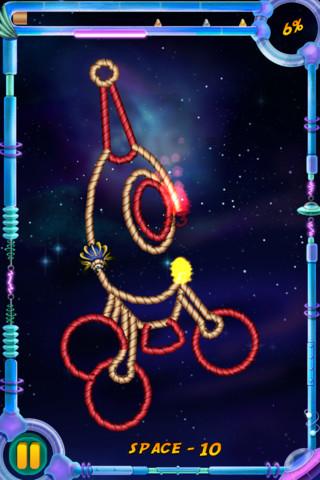 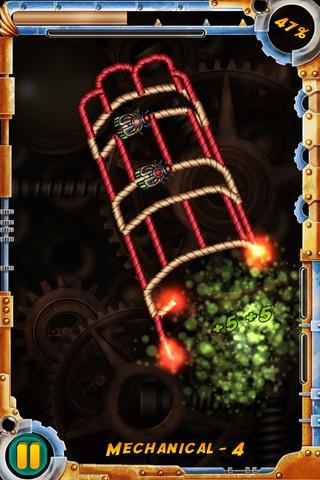 While the game remains quite approachable since you only need to get 60 percent of the rope to move on, the developers have still added a casual mode that makes it even easier. In this mode there are no colored ropes making the process of completing a stage much simpler. What’s nice, though, is that you can switch back and forth between the two modes and your progress is shared between them. There are also new daily puzzles, which get updated each day. These are ad-supported but, hey, it’s more content. Not much to complain about.

Also new this time around is an endless mode that plays quite differently than the main game. Instead of burning a rope, you’re tilting a flame around the screen in order to burn bugs. Each bug you burn increases the length of the flame, and the goal is to last as long as possible before hitting a wall or yourself. You can even unlock different flame characters with different characteristics as you complete stages in the main game. It’s a fun little diversion though in no way as engaging as the rope burning.

If you’re looking for more Burn the Rope fun, Worlds delivers just that, with the same great gameplay and adorable visuals. There’s just more of it and, thankfully, the controls have been tweaked to make things less frustrating.