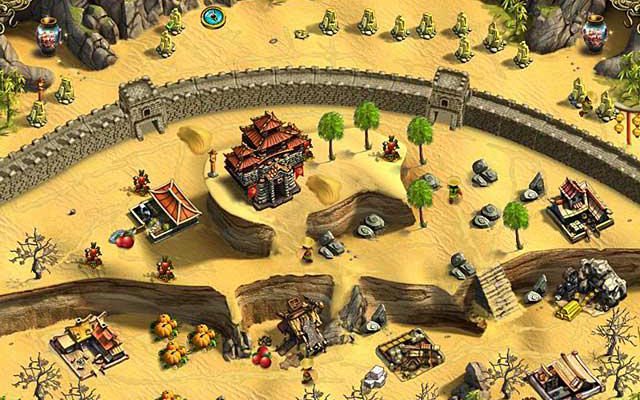 Despite its promising concept, Building the Great Wall of China doesn’t manage to deliver

When it comes to time management/strategy games, most players know exactly what to expect going in: each level contains a series of tasks that must be completed by balancing the use of resources found in the environment. It’s the twists and enhancements that developers implement in each game that makes one stand apart from the next, but in the case of Building the Great Wall of China, most of its alterations do far more harm than good to the final product.

Set in ancient China, Building the Great Wall of China sees the empire struggling to fend off the “Nomads from the North.” A clever citizen designs the Great Wall, and sets out to complete its construction and save the empire in exchange for the Emperor’s daughter’s hand in marriage. The game’s storyline is presented through mostly static cartoon cutscenes, but its full voice acting is appreciated (even if the speech is sometimes too slow). There are also a few factual tidbits about the building of the wall during the game’s loading screens, which are interesting additions. 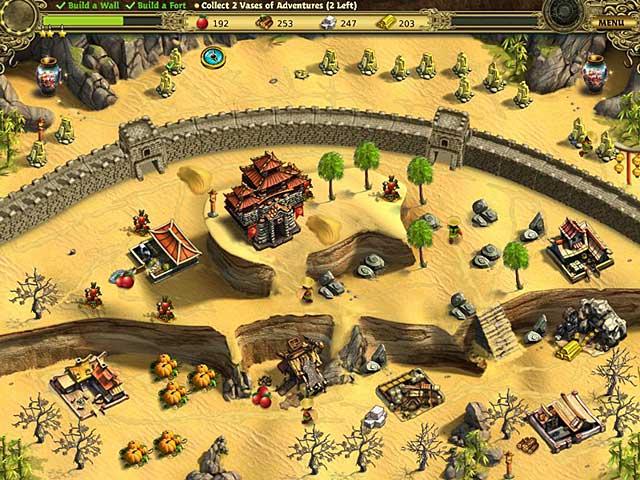 Each of the game’s 40 stages comes with a series of tasks that must be completed, most revolving around building a specific number of sections on the Great Wall itself. Tasks are accomplished using Iron, Stone, Wood, Food, and more, as players must balance the use of each object and strategize which tasks to complete in which order, in order to succeed within each level’s time limit. There are three stars available on each stage, and the three star rating is never impossible to earn, even if the game works against itself in many respects.

The entire point of a time management game is to strategize actions and plan ahead, so the lack of an action queue here is annoying at best and an absolute deal-breaker at worst. What’s more, workers must return to the camp after completing every single action, even if they’re not taking a resource back with them. This, combined with the lack of an action queue, wastes so much time in each level that it simply can’t be ignored or forgiven.

In-between each stage, collectibles and trophies are added to a display case, but while these are presented as something to strive towards, most are earned passively by simply completing the game. In fact, many are required to be collected as they’re scattered around the map and must be gathered before completing a stage. Outside of these collectibles, there are also a few mini-games that break up the monotony of the many building sections on the Great Wall, like a memory match game that offers a transition between two areas within China (a grassy area and a snowy area, for instance). 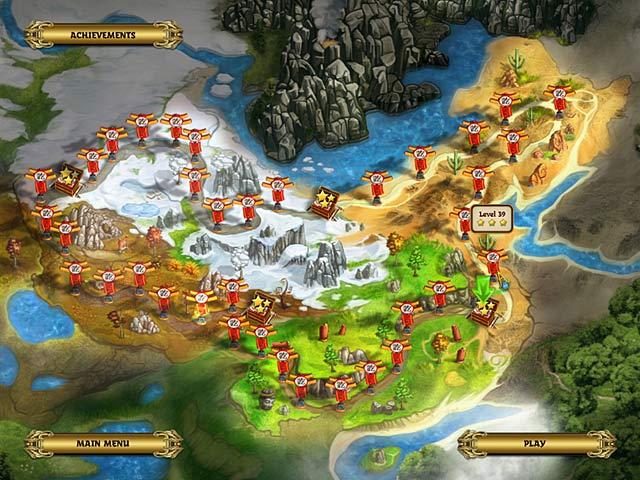 There are further obstacles and “mini-games” within levels as well, as thunderstorms may cause lightning to strike a production building, or a dragon may set another building aflame. Other dragons stop the action altogether, as your workers hide in the camp, refusing to complete any other actions until you rapidly (far too rapidly) click on the screen to scare it off. These obstacles add challenge to each level, but not in a way that seems fair. The levels are already designed with plenty of obstacles, like fallen boulders or trees (as two examples), so holding these buildings hostage until we waste more of our precious resources to repair them is another step away from how these sorts of games should be designed. That is, players shouldn’t be forced to play the game without a timer just to feel satisfied with the product (although that option is available here).

Building the Great Wall of China comes with a great storyline and promising premise, but its technical limitations, like the lack of an item queue and workers that refuse to complete more than one action before walking back to the camp, are simply too annoying to ignore. With so many options in the genre that feature almost identical gameplay, interested players can find much better options than this.