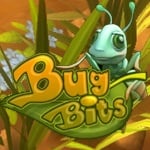 BugBits is a gorgeous action strategy debut is far from buggy

Bugs are nasty little critters, but they can also get pretty nasty with each other when the need arises. Squabbling over resources and mounting tensions between rival hives leads to war in BugBits, a real-time strategy game revolving around the insect world and the need to gather nectar to stay alive. Sending out troops to forage for precious nectar, defending your hive from attack, rescuing captured comrades, and mounting assaults on your own on enemy hives grows into an absorbing cycle of fun.

Until you play through a solid chunk of the game, it’s really hard to tell exactly what’s going on with the story in BugBits. The game starts out with a peaceful colony of ants in Flowery Meadow simply going about their normal routine of collecting delicious nectar. However, they’re suddenly attacked by another nearby colony and are forced to take up arms (err…mandibles?) to defend themselves and eventually strike back. Of course, there’s a nefarious mastermind behind all the upheaval.

The storytelling is one of the weakest aspects of the game, and the very brief and limited interactions between bug characters tend come in the form of single-sentence insults hurled at each other before battle. Some of the grammar is also poorly done and contains errors in the text. It’s the only real blemish on what’s otherwise a very good looking and engaging action strategy game.

You start out with only a few stages available on the adventure map and unlock new levels and different kinds of missions as you progress. Battles take place in colorful 3D stages with your hive situated on the opposite side of the screen from your enemy’s base. Once you’ve gathered enough resources, you’ll send out waves of warriors that travel along lanes towards the rival hive. Meanwhile, your adversaries are doing them same, and units will attack one another when they run into each other in a given lane. In combat-focused stages, the goal is to break through enemy defenses and deal enough damage to their hive to cripple it and win.

The basic flow of the game follows a cycle. You’ll start out by gathering resources in order to produce units for defending and attacking. Meanwhile, you’ll also want to keep sending out new gatherer units to replace those who fall in battle. Nectar is the game’s currency, and most units can be sent onto the battlefield until you’ve collected enough of it. The first available ant units are mainly used for nectar scavenging and don’t cost anything, though stronger bugs with specialties become more expensive and valuable on the battlefield. Keeping up a steady flow of troops in the lanes that require them is crucial for success.

There are 20 different bug units that can be unlocked, and there’s a tremendous amount of variety between them and their various abilities. New bugs are unlocked by completing unique rescue missions that have you working to break through guard units using very limited resources. For example, hard-shelled beetles act like tanks, stink bugs can fire long distances, bees can gather resources directly from flowers and fight other airborne foes, caterpillars act as anti-air units, and so forth. There are also defense missions where you must protect your hive from attack for a set timeframe, challenge missions where you try to stay alive as long as possible, and resource-focused missions where you’ll seek to accrue a set amount of nectar in order to proceed. Beyond unlockable units, there are tons of achievements to earn and even special hero bugs that can be collected from defeating a set amount of enemy bugs over the course of many battles.

BugBits has a unique multiplayer mode that lets two players face off against each other using a single computer, which is a really fun way to play multiplayer without having to go online. One player will use the mouse to select and deploy units on one side of the battlefield, while the other uses numbers and letters on the keyboard to pick their warriors and distribute them to various lanes. It’s a system that works really well.

The strong and addictive gameplay is enhanced substantially be the gorgeously designed battlefields and maps. This is an impressive looking game, and the highly detailed 3D levels can be zoomed in for a close-up look at the action or simply enjoyed from a birds-eye view. They’re colorful and nicely varied, sending you into battle in mushroom-laden woods, grassy meadows, flowing riverbanks, and other natural settings. If you can look beyond a few minor issues with the plot and text dialogue, and you’ll find BugBits is an excellent debut game from this promising indie studio. It’s a fun action strategy game that you won’t regret playing.