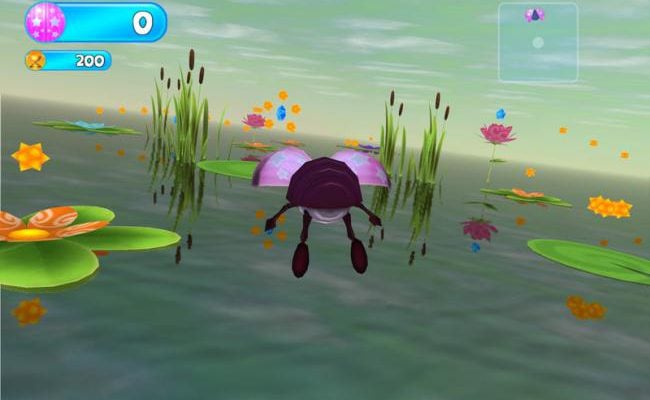 The life of a bug is a two-sided coin. On the one hand, you can flutter from flower to flower, living a life free of overdraft fees and telemarketers. On the other hand, someone’s foot could mean imminent death. Not to mention you live for about a week. But for the ladybugs in Bug Wings, they also have to deal with being flung through the air, like water balloons off a two-story building.

Bug Wings is a catapult game in which you launch colorful ladybugs through the air, onto a lily pad target. Scattered throughout the screen are stars and pollen you must collect for extra points, which are needed to unlock more challenging levels. You’ll adjust the direction of the leaf catapult, as well as the strength of the launch. Just pull back the leaf by rolling down the mouse wheel or dragging down on your keyboard’s track pad. As soon as you’ve picked out your sweet spot, send the bug flying, like you were lobbing a diseased cow carcass into an enemy castle. Once your insect is airborne, you can open its wings, tilting your bug left, right, up and down. Ride the wind to land safely on a large lily pad to clear the level. 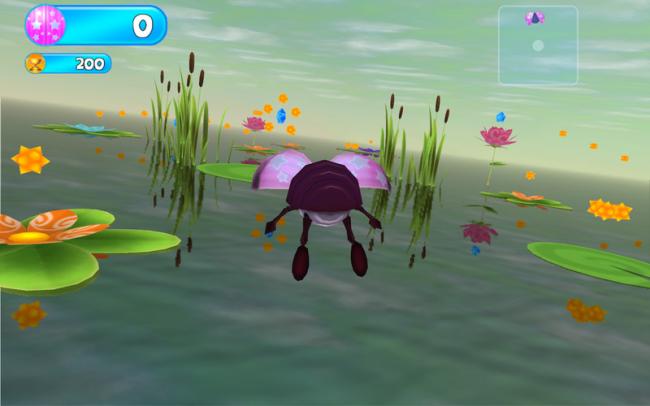 One of the good things about the game is the easy-to-pick up gameplay. Controls are intuitive and simple, and the colorful visuals and upbeat music are appropriate. For gamers who seek to collect all items possible, the game offers a decent amount of replay value. You’ll need to be an expert flyer to nab all the pollen nubs and floating stars in a level. And there’s also a “party mode,” in which up to four players compete for the best score.

But while the game offers something for perfectionists, it could still stand to offer more for everyone else—i.e., people who want to play a lot of levels, but not actually finish them with OCD-like completion. There are 24 levels in the game, and most of them are only made available by unlocking them. They’re unlocked by stacking up lots of stars and pollen. The graphics could have been a little more fleshed out, too. They’re pretty as is, but maybe more detail to the water effects, or to background images, would’ve given the game a better sense of atmosphere. 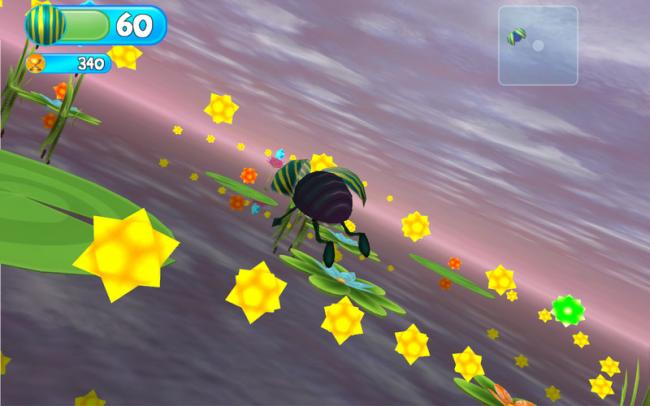 Bug Wings continues the gaming trend of chucking small animals great distances for our own enjoyment. It’s a good download for those who enjoy catapult/target games, and offers addictive gameplay in a simple, six-legged package.