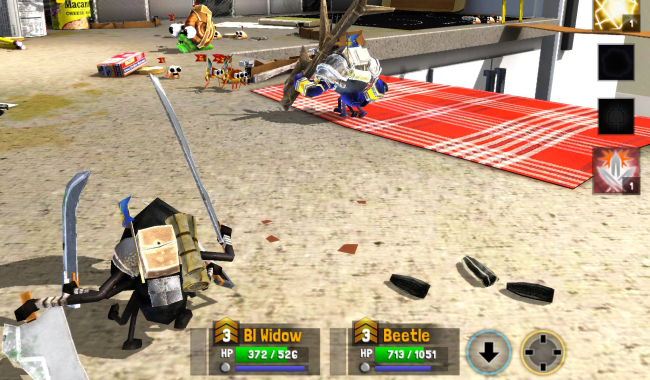 The bugs are back in town

Though most of us have no love for the roaches, spiders, and ants that occasionally move into our kitchens and make themselves at home, Bug Heroes 2 by Foursaken Media would have us believe these creepy critters look up to us as gods and providers. The game reasons that, if not for our crumbs, refuse, and spills, bugs would have naught with which to wage war on each other.

And if bugs didn’t go to war, we’d be down one fantastic tower defense game. Bug Heroes 2 is charming, challenging, and stuffed full of cool ideas. Who knew it’d be so much fun to hang out with bugs?

Except for house centipedes. They can just…go…far away.

The battles in Bug Heroes 2 take place in human environments like kitchens and backyards – places that are relatively small for us, but seem to go on forever if you’re the size of a pencil eraser. Your primary objective is to defend your food stash against marauding enemy bugs. If they chow down on everything you’ve gathered, you’re done for (presumably, you’ll have nothing to feed you through the winter. It’s like the story of the Grasshopper and the Ant, but more hardcore).

Bug Heroes 2 is a tower defense game first and foremost, but it also boasts a sizable injection of action. Aside from building and upgrading turrets, you also take direct command of two little heroes that can venture onto the battlefield and personally deliver some pain unto the enemy forces.

There are several unlockable heroes, each with their own advantages and disadvantages. These big-muscled bugs also provide an interesting challenge: They force you to think hard about how you’re going to play. Do you stay close to your turrets and defend your stash? Sounds easy enough, but someone (or some bug) needs to venture onto the battlefield and collect the parts that are necessary for upgrading the turrets.

Food is important too, and it also needs to be gathered from hostile territory. The more food you have, the longer it takes for the enemy to deplete your stores, should they get that far – but more importantly, food heals your warriors. 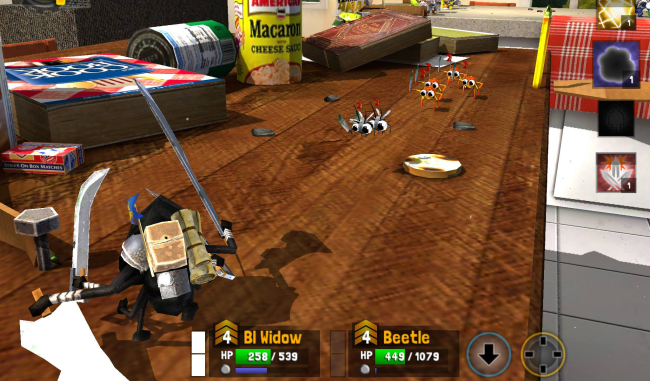 Finally, there are plenty of missions where hiding behind a safe wall of guns isn’t an option because you need to get out there and slay a particular enemy. Your territory still needs to be defended, however, so you must shore up your stores even as you strike out to personally deal with the baddies. A single level presents tons of different challenges, and offers tons of ways to tackle those challenges.

Bug Heroes 2 succeeds at practically everything it sets out to do. Its graphics are great (check out the detail on the bumble bee soldier’s fuzzy coat), the fighters’ bug-like voices are adorable, if a little hard to understand, and there’s enough content to keep you busy for a while. This is one instance where you won’t mind having bugs get up in your business.