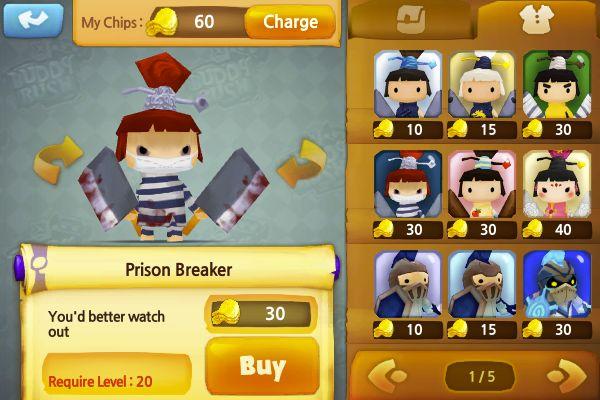 Buddy Rush is a great action RPG, no matter what platform you’re playing on

Buddy Rush isn’t really a social game, it’s a casual, action role playing game that just so happens to be on Facebook. It features smooth, colorful 3D visuals and a large assortment of quests to complete and items to collect. The structure does get a bit repetitive after a while, but the solid core gameplay and delightful sense of charm help to cover up that fact. And you can play it on your phone.

There isn’t really a story holding Buddy Rush together, so don’t expect much in the way of character development or narrative exposition. You play as a hero who takes on quests to help people out. That’s about all the story you’re going to get. There are a number of different character classes to choose from, though many of them aren’t available initially. Instead, you’ll have to unlock them as you play. There are wizards who can perform spells and knights who can whack things with their swords. Each class has unique abilities and different strengths and weaknesses. Thankfully there are two character slots so you can try a few out to see what works best for you.

The game is held together by a small hub town. Here you can organize your stash of items, buy new items and gear, upgrade your skills, form a party, and, of course, take on quests. There are three different chapters to complete, each of which sends you to a different area to take on different quests. What you’ll actually do during those quests varies quite a bit. Sometimes you’ll need to collect fruit, sometimes you’ll need to defend buildings from hordes of cackling oblins, and sometimes you’ll just need to make it from one end of the area to the next safely.

The variety is nice, but it doesn’t last all that long. And that’s because you don’t play through quests just once. Instead, you’ll need to master them, which involves playing through them multiple times. And once a quest is mastered? Then a harder, but nearly identical, quest becomes available to master as well. The quests are generally nice and short, so it’s not the worst thing in the world to have to replay them numerous times, but it can be a drag.

No matter what the ultimate goal is, most of your time in quests will be spent in combat. Attacking is as simple as clicking on enemies, and movement requires nothing more than holding down a button and dragging the mouse where you want to go. You have special abilities and spells to use, which can be unlocked and upgraded as you play, and you can both find and purchase gear and helpful items like potions to help you along. 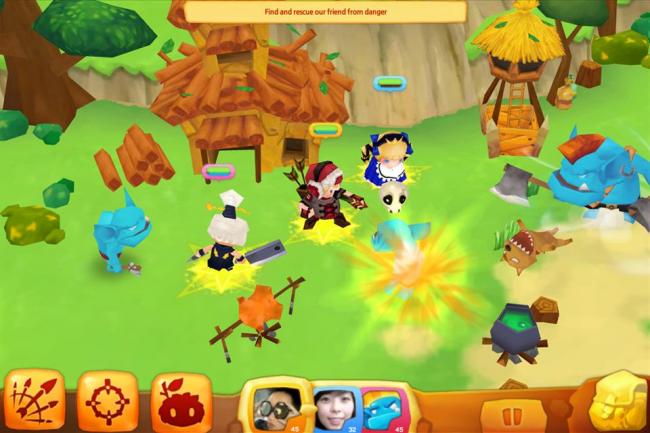 Buddy Rush also sports silky smooth, bright, and colorful 3D graphics, but by far the most remarkable thing about the game is its seamless cross-platform play. You get a nearly identical experience whether you’re playing on Facebook or on your iOS device (and eventually Android as well). The graphics take a slight hit on mobile, and mouse controls are swapped for touch, but other than that it’s the same. It’s amazing how well this feature works and it will make you wish every other Facebook game did the same thing.

And really, aside from the somewhat repetitive structure, there’s very little to not like about Buddy Rush. It plays and looks great, it has plenty of content and charm, and you can play it wherever you are, be it on your desktop or your phone. Buddy Rush could well be a game changer, but it’s also just a plain great game.