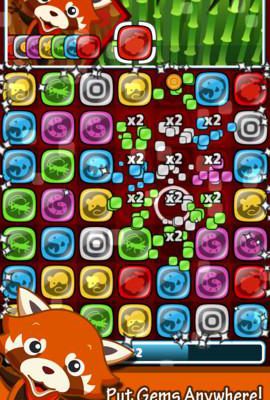 Matching puzzle games have been around for a very long time. From Bejeweled to Puzzle Quest 2, it seems like every permutation has been created, remixed, and re-released several times over. That’s not necessarily a bad thing, of course, and Buddy Blitz banks on that fact with some lovely artwork and a streamlined matching game complete with cute animal friends!

Buddy Blitz is a quick-fire matching game where you drop colored tiles on a grid to match as many groups as you can before the timer runs out. The top of the screen is home to your animal buddy who passes out tiles one at a time. Simply tap a tile on the grid to have it replaced with the new tile, forming a match (hopefully) and making way for brand new tiles. The bigger the match the better your score, and if you can match enough of a certain color of gem, your animal buddy will jump in and clear chunks of the screen in a single move! 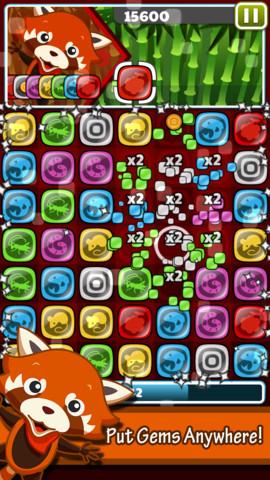 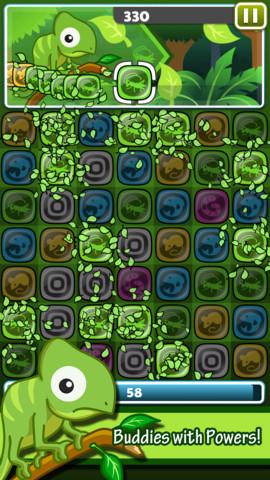 In order to play a round you need to spend a heart, one of the game’s two currencies. By playing multiple rounds of Buddy Blitz you slowly unlock new animal buddies, power-ups, and score multipliers. Scores can even be shared via Facebook so you can compete against your friends.

Here is where all the cute graphics and gameplay come crumbling down: in-app purchases. It’s difficult to tell if Buddy Blitz is a puzzle game or a microtransaction vehicle with a pretty coat of paint. Everything in the game is set up to ensure you hit one of several paywalls no matter what you do. The more you play, the more you have to wait (or pay) to play. The more you unlock, the more you have to spend to use what you unlocked. It’s an awful cycle, and it almost feels like you’re being punished for wanting to enjoy the game.

For example, the hearts that fuel your gaming sessions can be purchased in packs, or you can wait for them to refill at a rate of one every 15 minutes. That may sound speedy, but the cap is five hearts, meaning you can never play more than five rounds at a time. Power-ups are also rigged with the IAP tripwire. Once unlocked, you can carry one or several game-altering power-ups into puzzle rounds to give yourself a little help. Buddy Blitz insists on charging thousands of coins to use these items, and wouldn’t you know it, coins can be refilled via expensive in-app purchases! Tie these facts into the game’s “compete against your friends” set-up and you’ll start to wonder if Buddy Blitz was created as some sort of social experiment to see if friendly competition would encourage people to spend large amounts of money on virtual currencies. 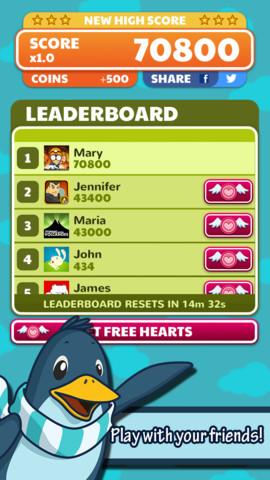 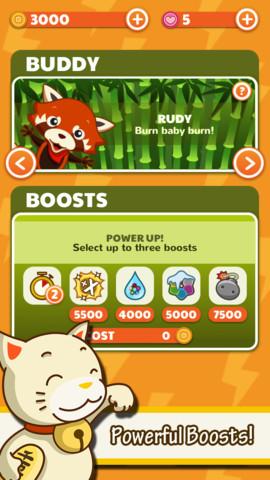 Doing some quick math for these in-app purchases quickly shows just how imbalanced the whole system is. Buddy Blitz charges upwards of $99.99 for coin packs and $24.99 for hearts, both of which are currencies that deplete at an alarming rate the more you play. Even the lowest tier feels like an insult: $0.99 buys you six hearts, which translates into precisely six minutes of gameplay. That’s a terrible deal no matter how you look at it.

Downloading Buddy Blitz gives you 20 hearts and a few thousand coins to carry around, which is just enough to give you a taste of the game before the IAP trap sets in. The gameplay is good in short bursts, but there’s little depth or room for strategy; it’s just 60 second rounds of mad gem dropping. It’s a lovely looking game with good graphics and crisp sound effects, but when the in-app purchasing system goes so far as to feel insulting, it really doesn’t matter what the game underneath is like.