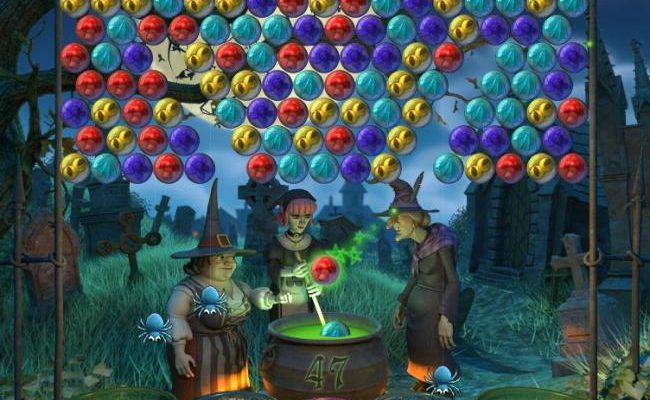 The number of Bust-a-Move-style bubble games on Facebook continues to grow at an exponential rate, making it increasingly hard for any one game to stand out. King.com’s Bubble Saga managed to do just that thanks to a clever and unique physics-based take on the genre, and the similarly titled Bubble Witch Saga attempts to do the same with … witches. There isn’t anything new here in terms of gameplay, and the experience actually feels like a step back from Bubble Saga. That’s not to say that Bubble Witch Saga is a bad game, as it’s solidly crafted and visually polished, but it’s also not any different than all the other bubble games out there.

As always, each level consists of a screen full of colored bubbles. You control a cannon at the bottom of the screen that can shoot bubbles, and the goal is to match up groups of three or more of the same color in order to make them pop. You’ll also be able to earn power-ups that make things a little easier, but in each level you’ll need to reach a certain score in order to progress. 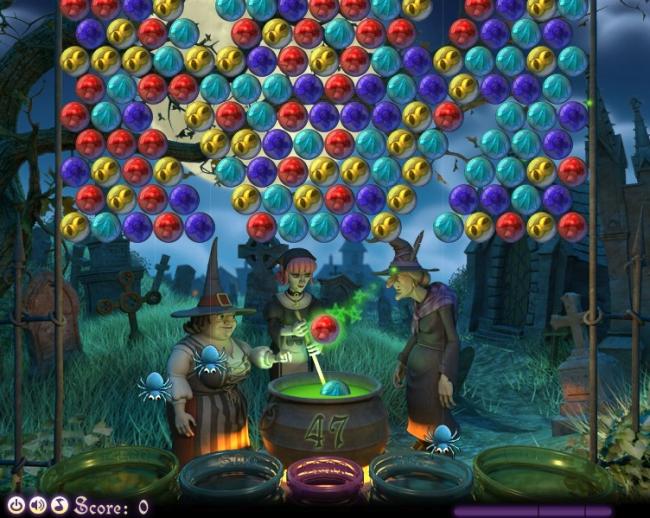 Bubble WItch Saga is structured in the same way as the other “Saga” games, including Majhong Saga. So you’ll be moving across a map, completing one stage at a time, and depending on your score you’ll earn stars for each stage. These stars are used not only to unlock additional levels but also to unlock power-ups. Usually getting a one-star ranking isn’t all that difficult, but getting two or three can be quite trying. And unfortunately you’ll need to do just that in order to unlock later levels.

The game uses the same energy system as well, which means that you won’t lost energy so long as you complete levels. But each time you fail to do so your energy, which is limited to five but regenerates over time, gets reduced by one. You can, of course, but additional turns with Facebook credits.

The only somewhat interesting gameplay twist in Bubble Witch Saga comes in the form of spiders. As you pop bubbles, spiders will appear at the bottom of the screen over top of some cauldrons. Each cauldron is worth a certain number of points, and at the end of a level (which occurs either when you run out of bubbles to shoot or you’ve popped every bubble on screen) any left over bubbles will tumble into the cauldrons, bouncing around on the spiders before they do so. It works a lot like Plinko from The Price is Right. 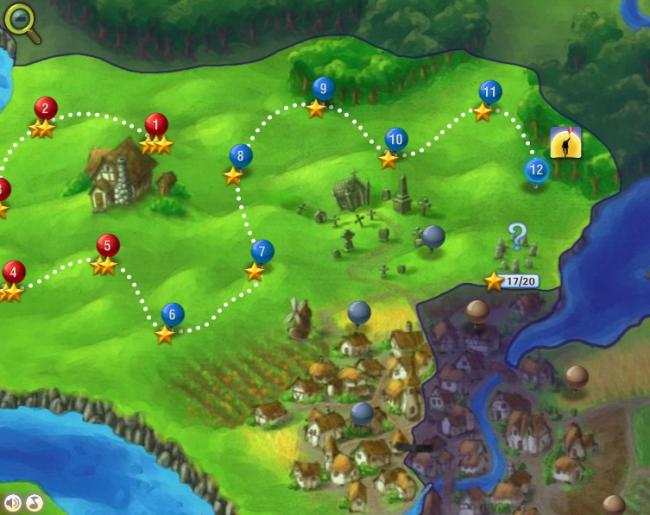 Other than that, Bubble Witch Saga is a fairly standard, if quite good looking, bubble popping game. The witch theme is very well done and makes for visuals that are unique amongst this type of game, as the genre tends to focus on brighter, more colorful visual styles. Backgrounds range from dank cottages to spooky graveyards, and there’s always a trio of witches in the middle of the screen brewing up some sort of nasty potion.

Whereas Bubble Saga was an interesting and innovative take on a well-worn genre, its witchy counterpart is simply more of the same. It’s well done of course, but no witch’s spell could mask just how familiar it all feels.