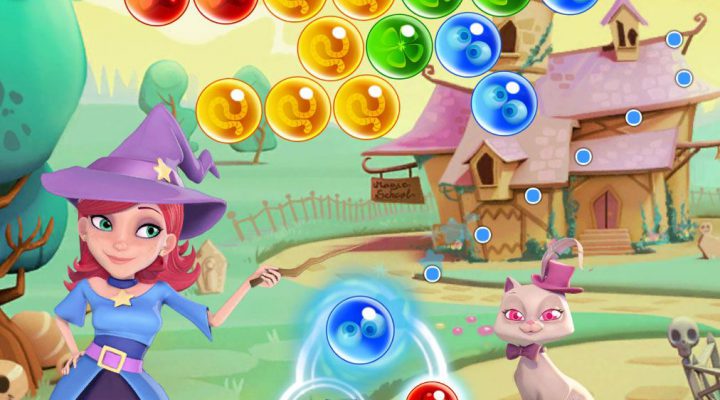 Not enough variation from the first game.

Behemoth publisher King has ridden high the last few years on the success of its series of “Saga” games. Among them was Bubble Witch Saga, a spooky bubble popper (or as it could more correctly be termed, “bubble dropper”). This month King tries to tap into the magic of the Saga series by releasing the sequel to that game, the aptly named Bubble Witch Saga 2. Disappointingly, though this sophomore effort does conjure up a few new tricks, it’s ultimately less spellbinding than the original. 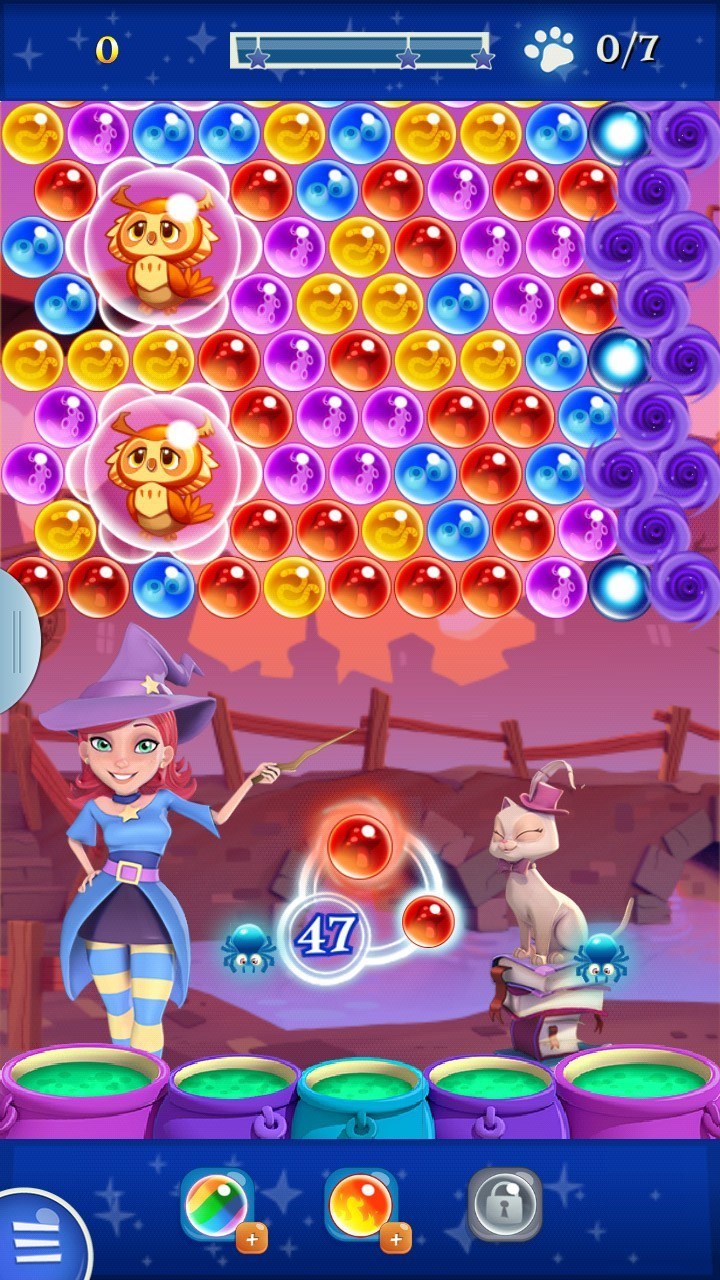 Bubble Witch Saga 2 avoids the first game’s Halloween-ish approach, opting instead for something more cutesie. Gone are the trio of cackling crones, and in their place is Stella, a perky teenage witch with a soft spot for animals. Though less witchy, Stella’s main objective remains the same as her frightening forbears: to clear Witch Country of its pesky evil spirits. She does this (well, you do this) by clearing fields of colored bubbles. Firing colored bubbles from the bottom of the screen at clusters of bubbles floating overhead, the idea is to match three or more bubbles of the same color. When this happens, all adjacent bubbles of the same hue fall into a row of waiting cauldrons. Levels are won when all the bubbles on screen are cleared.

This is straightforward enough, but becomes more difficult depending on how the floating bubbles are arranged and how many chances you have to drop them. Along with dropping the bubbles, you’re also now and then asked to pop them strategically in order to free ghosts or animals trapped among them. This requires thinking ahead and learning how to effectively bounce bubbles off the sides of the screen. It’s entertaining in a familiar kind of way, but doesn’t add much to the original Bubble Witch.

Other similarities between the two games include the scoring system and the use of powerups. Points are earned as bubbles land in cauldrons, and points are multiplied by bouncing bubbles off of friendly, low-hanging spiders. Powerups–such as a Rainbow Bubble that matches any color and a Fire Bubble that burns through everything in its path–unlock as you progress and can be bought for gold (which can be bought with real money). These things make Bubble Witch Saga 1 and 2 feel very much alike. To be fair, the basis of these statements are the first fifty levels played upon an Android phone. Still, that should be a fair enough sampling on which to base certain assumptions. As they represent the game, Bubble Witch Saga 2’s modest intent seems to beautify and streamline things, rather than fundamentally change them. 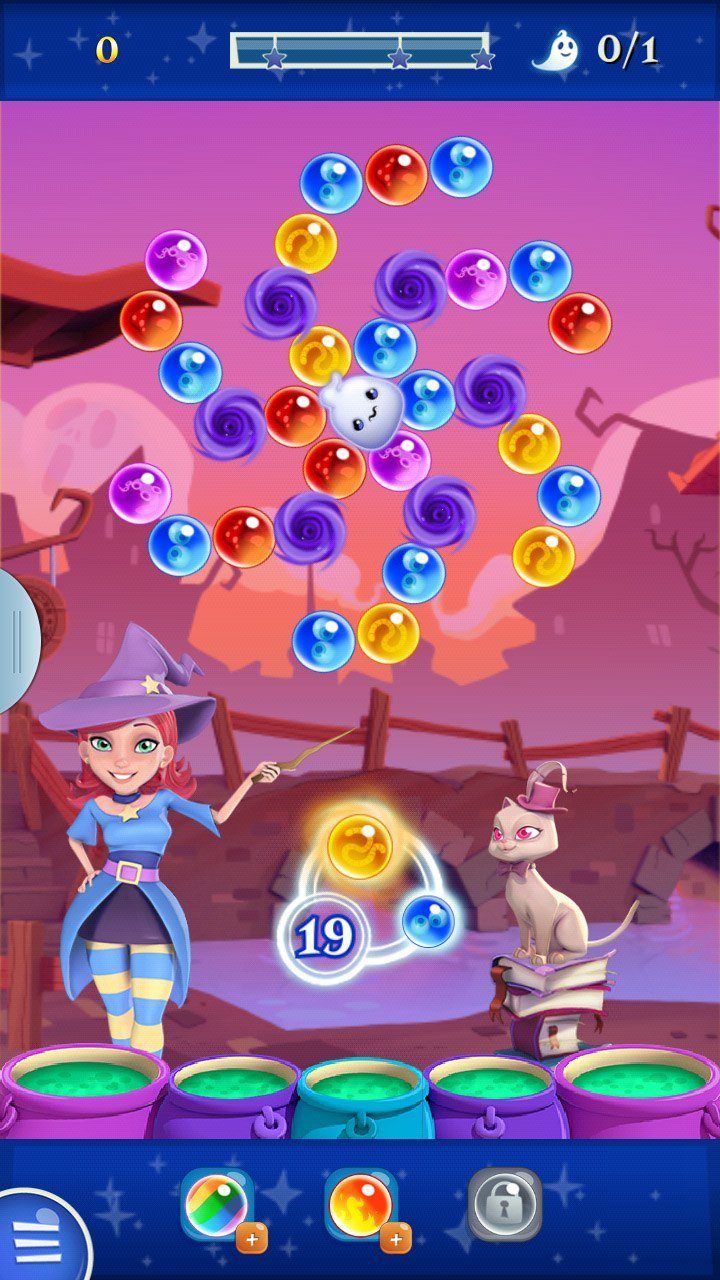 As mentioned before, the game’s gone from spooky to cute and stars a witch who could give Glinda the Good a run for her money. The palette’s changed a lot as well and is much more colorful. The interface has also undergone a facelift and is much simpler than before. Gameplay-wise, the main differences are the lack of frustrating point-scoring objectives and the addition of a bonus multiplier mode and rotating playing field. The “Hot Pot” multiplier occurs when you execute a string of five consecutive matches. and grants you double the points, while the rotating bubble groupings add a new level of challenge to landing those tricky bank shots. All these things are definite improvements, but it’s unclear whether they warrant the making of a whole new game.

Still, despite its lack of overt innovation, Bubble Witch Saga 2 is a worthwhile game, especially for players who have no experience with the first Bubble Witch. King’s made some good moves removing the frustrating points objectives, streamlining the interface, and maintaining the more entertaining aspects of the game. And although they haven’t exactly broken new ground with it, King’s Bubble Witch Saga 2 is still a nice casual diversion that looks pretty and plays well.