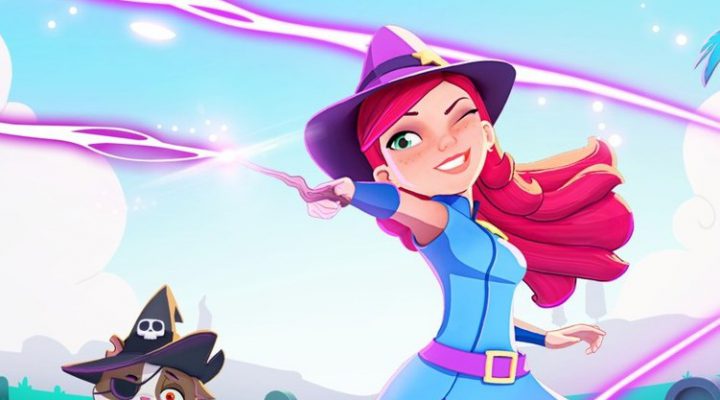 Great tweaks to a familiar format

More puzzle based than before

Despite it’s strange naming conventions, we’ll sidestep speculation on why Bubble Witch 3 Saga isn’t called Bubble Witch Saga 3, and focus on the important things – it’s a pretty great game. As usual, it won’t convert anyone who hates King’s potent matching gameplay, but fans will really enjoy the various tweaks and improvements made here. Some of your success continues to be dictated by luck, but you’ll forgive it when it’s this fun.

As before, you’re tackling level after level of bubble popping and matching goodness. Each level comes with its own objective with the key thing to remember being to match colored bubbles. You’ve been here before, but there’s a reason why it’s so popular – it’s curiously addictive. At its simplest, Bubble Witch 3 Saga is consistently enjoyable, but it throws in some key new features that really reinforce the enjoyment factor. 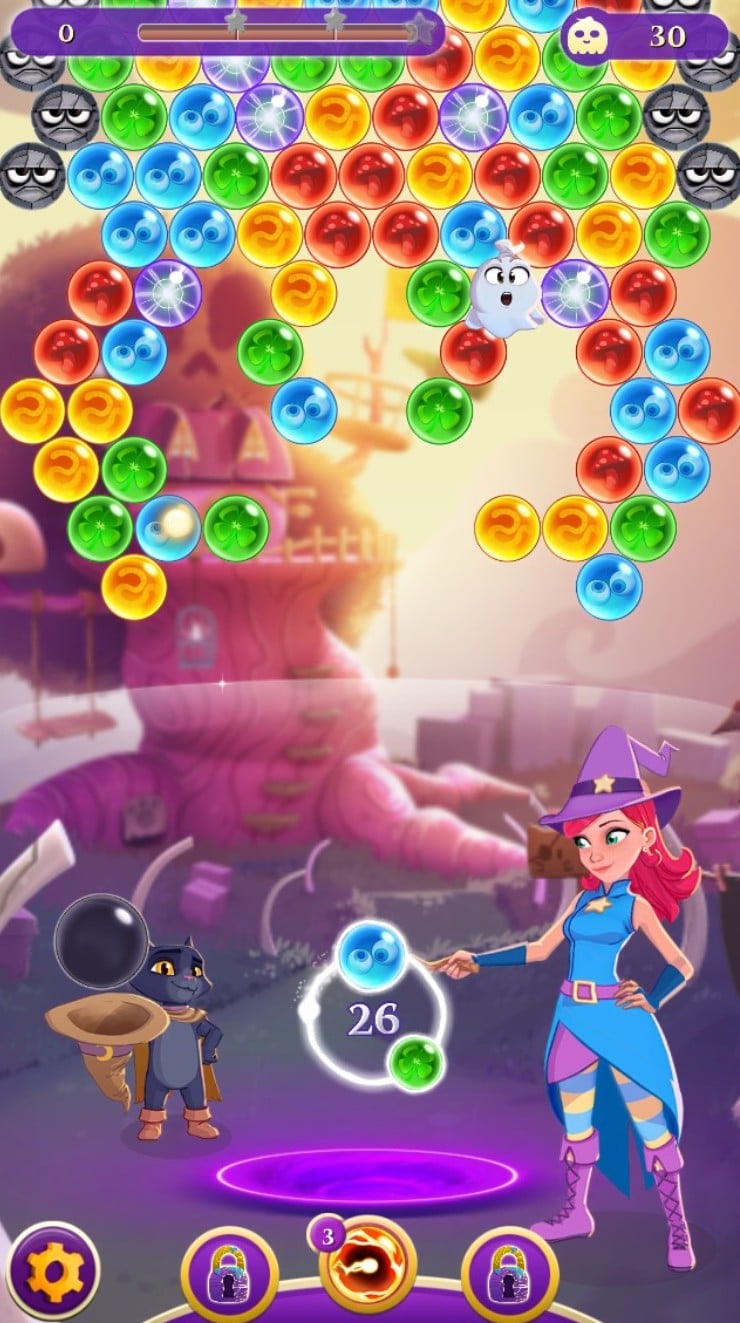 One such notable tweak is the addition of new objectives. Some stages might have you working towards clearing all the bubbles on screen, but there’s more going on than that. Another section might have you freeing owls by matching their corresponding colors accordingly. Unlike in other games, simply vanquishing them doesn’t work. Instead, you have to match the owls directly. It sounds like a small tweak, but it means how you approach various puzzles is quite different from before. It requires you to think a little differently, and adds to Bubble Witch 3 Saga’s focus on puzzle solving, as well as simple matching.

Other objectives have you needing to guide a ghost to the top of the screen. You have to clear a path meaning that strategic play is more valuable than simply trying to wipe everything out. Frequently, you only have limited moves, so you want to make every one of them count. That means that the ghost-based objective levels are often the most satisfying to complete. They might be tricky, but I really enjoyed figuring things out.

The tweaks don’t end there either. Counteracting the common issue of having bubbles that are useless to you, you can now do something about it. Throw a bubble into Nero the cat’s hat, and after 4 bubbles, you get a power-up. It’s a small but significant way of improving a lousy situation. There’s also the chance of creating chain reactions from releasing fairies as you burst bubbles. It feels rather random, but it can make all the difference when it seems like you’re running out of chances. 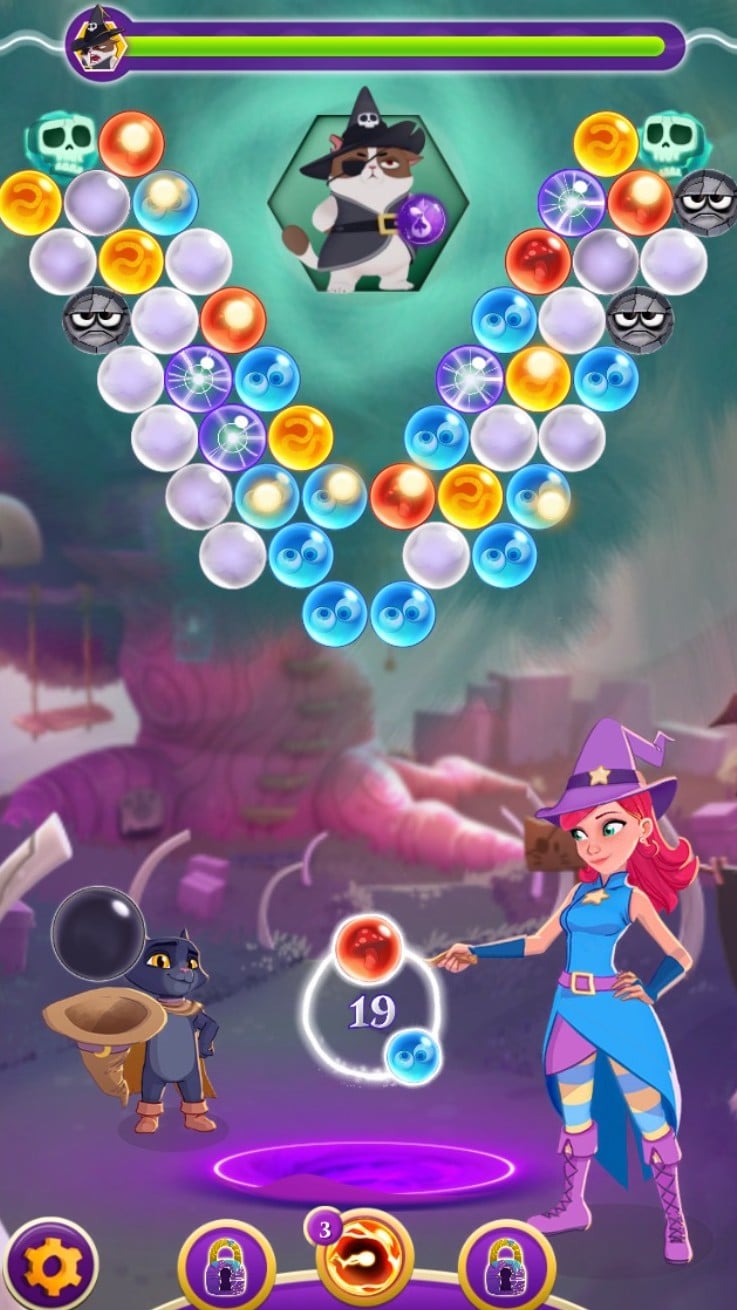 In a similar vein to many other free-to-play games, you can now rebuild a house, piecing together a place of your own while gaining rewards such as temporary unlimited lives and other power-ups. In this case, it feels a little like filler, but freebies are freebies, right?

Speaking of freebies, Bubble Witch 3 Saga features the inclusion of an iMessage version, giving you a chance to play the game against friends. It’s a little gimmicky, maybe, but extra options are extra options nonetheless.

Such refinements ensure that Bubble Witch 3 Saga is a familiar experience, but also an improved one compared to earlier games. Eventually you’ll still reach a stage that’ll take you a while to complete, but you’ll just about forgive it. Much like before. Bubble Witch 3 Saga even manages to throw in a hint of a story and an improved art style, meaning you’ll feel you’re enjoying a more classy and refined experience than before. It’s well worth checking out.