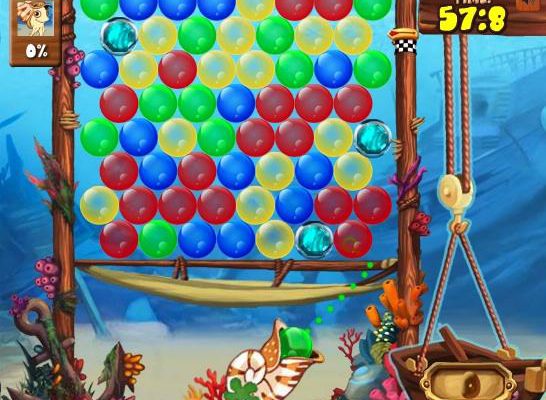 This is starting to get confusing. Bubble Speed is not only one of many Facebook puzzlers built off of the Bust-a-Move formula, but like all of those games it also has bubble in the title. With a structure lifted from Popcap’s Blitz series, the game doesn’t offer a whole lot new, but it’s still largely enjoyable bubble popping fun. Even if you have seen it numerous times before.

The game itself is simple. You’re presented with a screen full of colored bubbles and a tiny cannon to fire more bubbles. The goal is to create matches of three or more of the same color in order to pop the bubbles and earn some points. Like Bejeweled Blitz and Zuma Blitz, Bubble Speed limits your play sessions to just one minute, forcing you to rack up as many points as you can as quickly as you can. 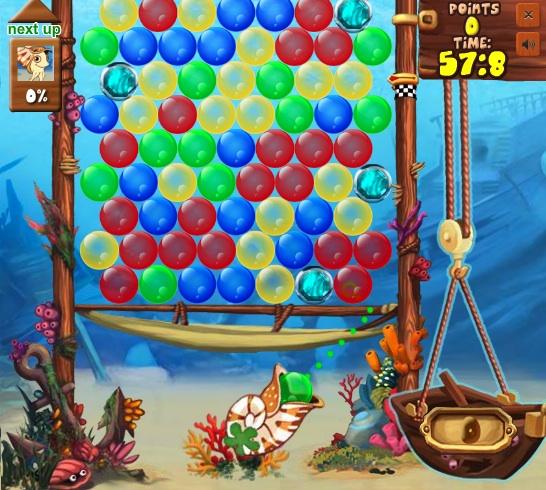 Bubble Speed also has a bit of an interesting twist when it comes to power-ups. There are plenty that you can use in the game, each of which dramatically improves your ability to get a high score, but you have to purchase them each time you want to use them, as each power-up only lasts for one round. You’ll earn gems as you play, as well as via social interactions, and these are used to purchase power-ups before each round of puzzle action. You can also purchase additional gems with real world cash, but since they’re essentially a bonus and not necessary to actually play the game, you’re never put in a position where you feel forced to spend money.

And that’s pretty much Bubble Speed. You can add friends and compete with them via a persistent high-score leaderboard, and there are weekly tournaments with prizes for the winner, but Bubble Speed feels rather lacking when it comes to its feature set. There’s no level progression, so you don’t unlock content, which means you don’t get any real sense of progression as you play. It’s an old-school arcade game. You play the same minute over and over again with the only goal being that of the high score. 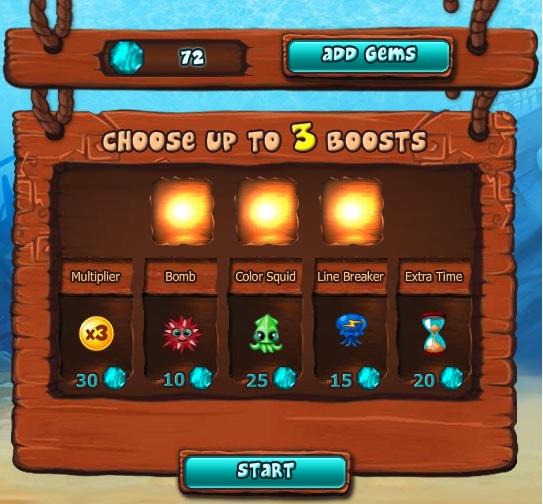 So while Bubble Speed is certainly fun, it feels much less full-featured when compared to similar games like Bubble Island. The underwater theme makes for a charming presentation, and the Blitz-style structure provides for an engaging, if not particularly original, experience. But it’s hard not to feel like something is missing. With no real sense of progression and very basic social features, Bubble Speed is a game that can quickly grow old.