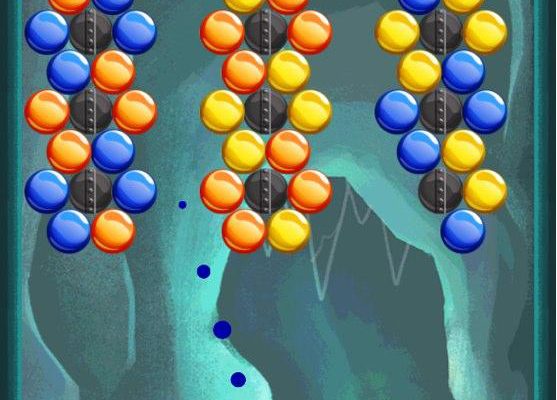 At the top of the pops

After almost 20 years of playing bubble poppers, from the original Bust-a-Move to its upstart rival Snood, I seriously doubted I’d be manic about TeamLava’s newest app, regardless of its title. If you’ve seen one bubble popper you’ve seen them all, I told myself, and so I set about flexing my bubble popping finger and getting the darn thing over with. But then I kept playing. And playing. Until, at last, I found my energy bar depleted and my thumb hovering over the option to buy more playtime. I haven’t pressed it yet, but fighting the temptation is like trying to keep dust off your shoes in Arizona.
That’s but one of the manic behaviors you’ll have to fight off in Bubble Mania; another springs from the pure joys of playing what may be the most polished bubble popper to date. The basics will be familiar to anyone who’s played Bust-a-Move or its knockoffs in the past; if you haven’t, the idea is to toss up bubbles to make matches with like-colored bubbles above your head until you’ve cleared the screen or met the objectives. 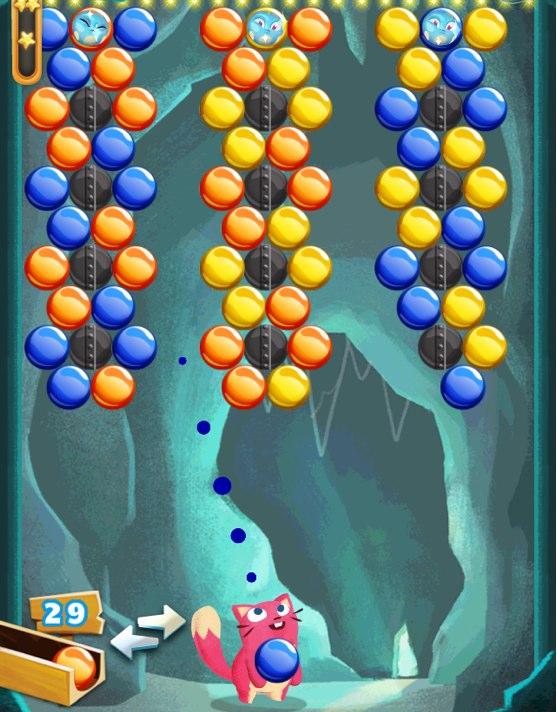 “
Those objectives worried me at first. In this case, they’re little critters entrapped in bubbles themselves; once freed by popping the bubbles around them, they yell “hooray!” in what sounds like a passing imitation of Rocky J. Squirrel. Appropriately enough, a squirrel does the actual tossing, and the cutesy aesthetic as a whole seems to bear the trappings of a dumbed down version of the genre many of us have grown to love. It’s all rendered beautifully, to be fair, but the ease of the first level might leave veterans thinking that this is little more than a cutesy Snood.

They’d be wrong. Indeed, once you fly through the training level, Bubble Mania gets insanely challenging in spots. At times, it seems as though TeamLava is deliberately trying to force you to buy coins for expensive power-ups such as items that show the ball’s trajectory or change the balls around a match to a different color, but the truth is that none is actually so impossible that you can’t complete it without them. But it’s quite tempting. By the third zone, I faced rows of ice that match the color of a match you made beneath them, and easy to reach bubble clusters had become a mere memory. By the fourth, I found myself needing at least four attempts to complete a round. 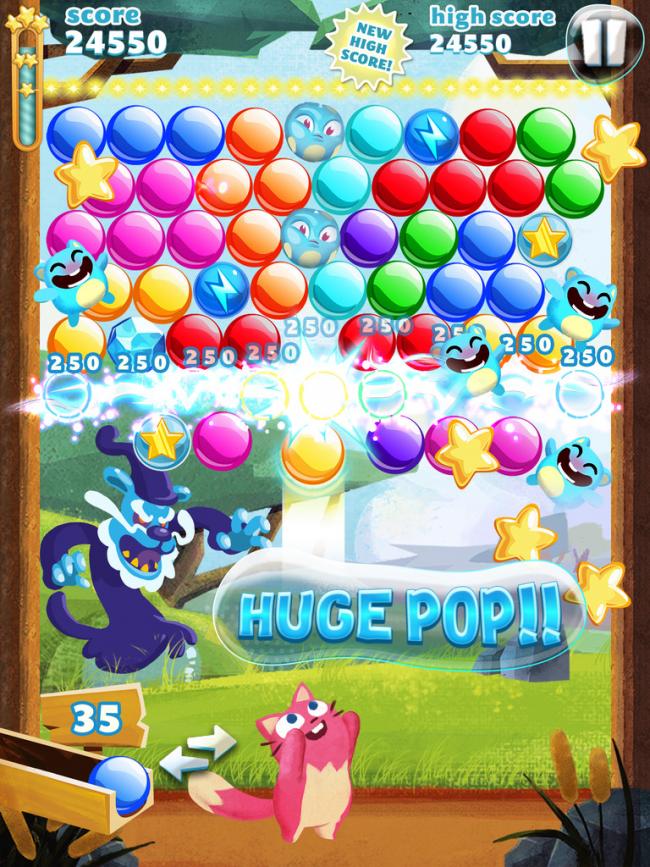 The problem is that you can usually only play five matches in one sitting. After that, a 20+ minute timer kicks in place until your energy recharges by one point–the idea being, of course, that you need to fork over some real cash to satiate your bubble cravings. It’s the only downside to what’s otherwise a masterpiece of a mobile game, and it gets particularly annoying once you’ve realized the best strategy for a match on your last energy point. On the other hand, TeamLava probably considers it a masterstroke–with this payment plan, they’re set to make much more off of the game than they would have if they’d just charged a flat price of 99 cents.

Still, Bubble Mania is an app that I want to keep on my phone and my iPad. When you play video games for a living and flit between games as frequently as other people move from meal to meal, that’s saying a lot. And if this is the first time you’ve ever seen a bubble popper, you won’t find a better entry point.