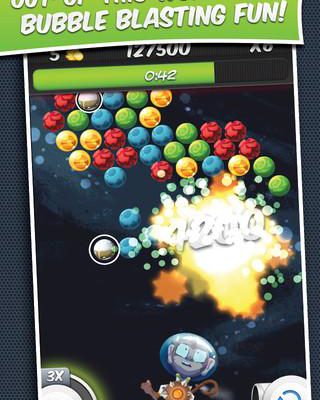 In a galaxy far, far away…okay so it’s just on the App Store.

At this point, I think it’s safe to assert that developers have ceased to make any meaningful stabs at innovation in the bubble popper genre; these days, achieving success involves little more than taking what works and refining it. The good news is that this approach appears to work spectacularly for Bubble Galaxies with Buddies. It pulls inspiration from Zynga’s popular With Friends brand and meshes it together with the 60-second blitz template casual gamers have come to love. Let’s just say the bubble on this market hasn’t popped yet. 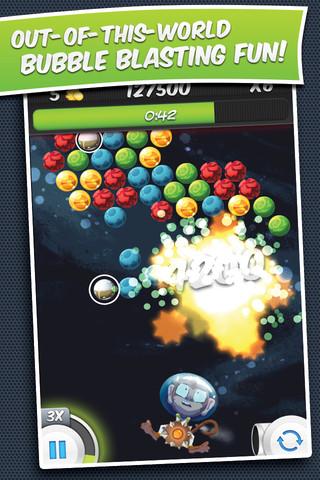 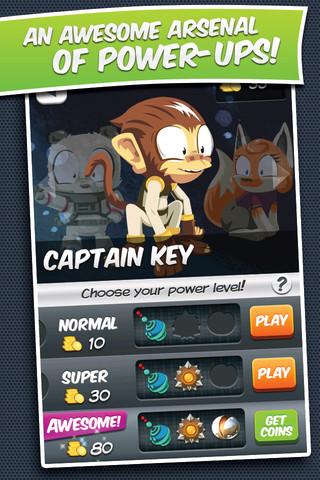 Certainly, you could argue that this is the traditional bubble popper with a few cosmetic twists. Yet Bubble Galaxies with Buddies‘ goes far beyond the “bug your contacts” approach to earn the colloquialism in its name. In the same way Draw Something and Song Pop prove organically addictive, the best design choice here is to structure play across three rounds lasting 60 seconds each, played over either Facebook or Twitter. Refreshingly, things don’t get stale in the event that your pals are slow on the trigger, either, as you can easily play against random strangers at any moment. Based on personal experience, I’ve found these strangers more eager to respond to my game requests than my own friends.
The subtle breakthrough with all of this is the sense of constant fulfillment. With leaderboards, you need to log in periodically to see if your high score is still topping that of your friends, but pushing this rivalry into a three-round match grants Bubble Galaxies with Buddies an immediacy that was lacking in other entries in the genre. Further nods to social play include a chat feature that lets you talk to your opponents; all little touches perhaps, but a refreshing push of this crowded style of play into the modern era.

All of this would be for naught, though, if Bubble Galaxy with Buddies didn’t handle its premium transactions well; luckily, developer Scopely has presented us with a model that isn’t intent on emptying your pockets. Even unlocking all three of the game’s signature critter would only set you back around $12.00 if you chose to cut corners right away. If that’s not enticing enough, though, Bubble Galaxy with Buddies also tosses some variety into the gameplay by including missions that require you to finish a level while meeting objectives, allowing the process of earning currency to feel less like prototypical ‘grinding,’ and more like a narrative of play. 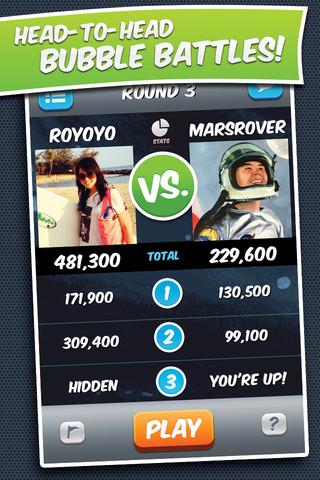 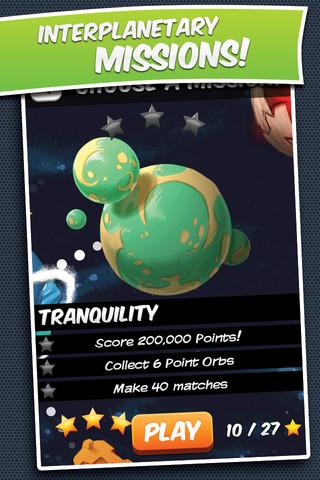 If, like me, you’d ceased to think that there was anything new waiting in the bubble popper genre, I’m pleased to say that Bubble Galaxy with Buddies is almost sure to change your mind. It takes the best aspects of addictive bubble popper gameplay that we’ve seen over the last year, and matches them with exemplary social options and decent premium pricing. If you’re looking for a new spin on an old classic, don’t feel shy about falling in love with this one. I know I have.