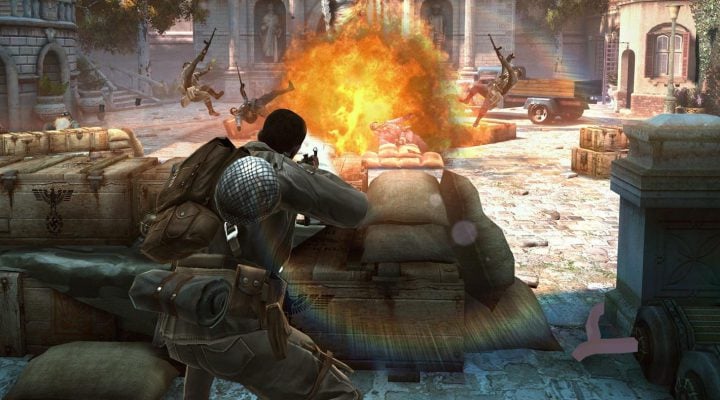 Slow motion kills are a treat to watch.

Clunky controls and response mishaps will get you killed.

Too much focus on IAPs.

Two console generations ago, the Brothers in Arms franchise was my go-to recommendation for people looking for a solid shooter. Sure it was set during the Second World War, making it just one more World War II FPS, but how Brothers in Arms stood out was with a moving narrative and excellent game mechanics that utilized tight squad command controls as well as necessitating flanking and suppressive tactics.

I knew that the Brothers in Arms games have declined since the initial two entries into the series, but up until I started playing Brothers in Arms 3: Sons of War I didn’t realize how far from the originals the series has gone off track.

Granted, much like the recent SimCity game, things have changed formulaically since I last played an entry in the Brothers in Arms series. As it turns out, nearly everything I loved about the originals is gone. With that said, Brothers in Arms 3: Sons of War is a game that faintly echoes the glory the franchise’s name once held. Knowing that it’s largely nothing like its predecessors, the next question is: does Sons of War hold up well on its own?

The answer is: hardly.

Apart from the World War II, European theater, setting, Brothers in Arms 3: Sons of War tries to desperately grasp its roots by implementing a cover system where players can hunch down behind anything that is waist-high. Simply run up to a highlighted object and your soldier will hug right up to it, allowing you to tap the gun button to pop out and fire off a few bullets before safely ducking back behind the barrier.

Stay up shooting too long and you’ll undoubtedly draw the attention of the Germans and take some hits in the process. The actual peek-and-fire mechanic of the game works pretty well, and it was kind of fun to pick off the Germans one by one. Sometimes, the final shot that kills the last German soldier out of a group will trigger a bullet-time event where the fatal shot gets zoomed in on and the camera rides the bullet into the kill.

Thanks to the game’s above-average graphics (for a mobile title), the slow-motion kill effect is pretty awesome.

But it’s hard to appreciate the beauty of things when your soldier moves with the grace of a moose on ice.

Getting from cover to cover was always a little terrifying. Not just because I was typically under fire, but because I didn’t know if my soldier would actually go to the location I was directing him to. If I happened to become flanked, it was nearly impossible to move the camera, and easily control the soldier to the nearest piece of cover. It could be done, but it was never, ever, a smooth process.

The controls further complicate the situation. A joystick in the bottom left controls the forward-backward-left-right movement of the soldier, while the right thumb is used for shooting. Taking the left thumb off the movement controller and pressing-and-sliding anywhere else on the screen will move the aiming reticle around to line up a shot. For whatever reason, sometimes the movement controller will activate instead of the aiming controller, and my soldier would stand up and start walking away from cover, while I was trying to line up a shot. That got me killed more than a few times.

I previously mentioned that the shooting-gallery mechanics were pretty fun to get into. Unfortunately, all of the levels I played through were very brief. I’d hardly travel 100 yards before I’d get to the end of the mission. The game is tied together with a story, but it’s so fragmented, bland, and ineffective that I hardly cared when main characters were killed in action. This is the antithesis of what the original Brothers in Arms set out to accomplish.

The short levels wouldn’t even really be a problem if they weren’t further fragmented by the filler that is the game trying to get you to purchase in-game currency. It got to the point where I couldn’t play the game because I was waiting for my gun to upgrade itself since I chose to utilize the non-premium currency for the purpose of upgrading. Normally, I wouldn’t have an issue with developers nudging the player towards IAPs, but in Brothers In Arms it felt more like an unnecessary time-out, then a nudge. 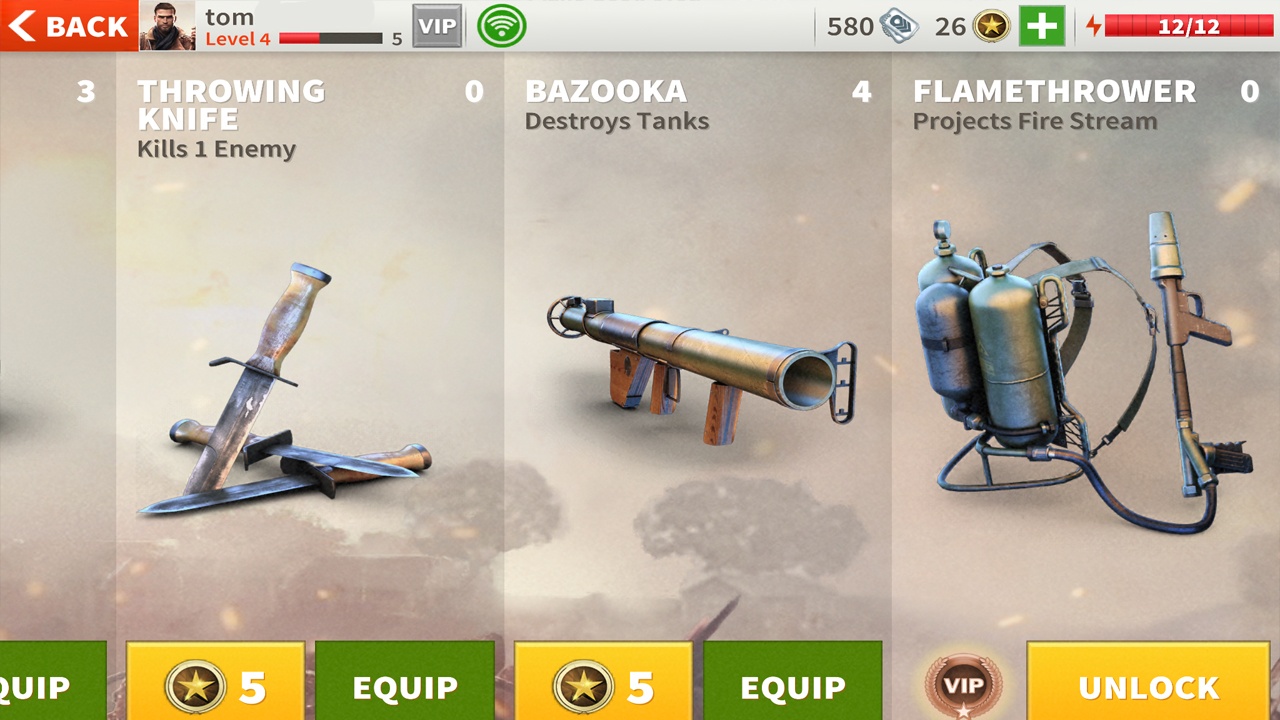 To add onto that, there are some IAPs that make the game substantially easier. Knives can be purchased that will instantly kill enemy soldiers, and similarly bazooka rockets for one-shot-kill use against tanks.

Brothers in Arms 3: Sons of War feels like the dying breath of the Brothers in Arms franchise. The potential is there for something great, but basic issues like sluggish movement, forced upgrades, and lack of an interesting story backbone leave us with exactly what Brothers in Arms originally strove so hard to set itself apart from: just another mediocre WWII shooter.

SimplePlanes Review: For Beginners, Sort Of