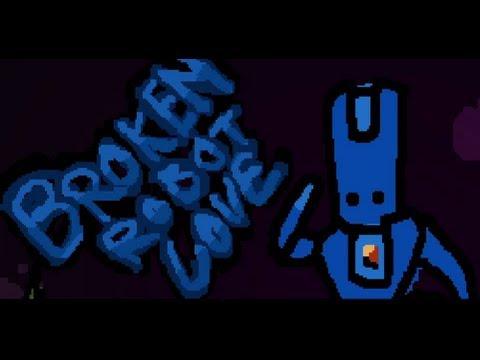 This little robot is looking for love. He definitely finds it, with us.

The day that scientists crack robotic love is the day the world will change…perhaps for the creepier! Imagine an android that will also show admiration for you, no matter how you treat it. Not just obedience…genuine admiration. With people already hurting other people out there, it gives rise to a whole new perspective to the idea of hurting the ones you love.

While Broken Robot Love isn’t that sinister, it’s still rather heartbreaking. See, a boy becomes bored of his toy robot, and throws it away without a second thought. The robot, seemingly unaware that the boy no longer has a place in his heart for it, sets off on a journey to find him and win him back. For what the robot lacks in understand of the situation, he more than makes up for in skill. You can slow down time and conjure blocks out of thin air, moving them into position and then using them to jump across pits. You can change the course of liquids and lasers.

These simple, easily controllable mechanics lead to some fantastic puzzle platforming that gets better and better the more you play. Sometimes you’ll be moving the blocks to deflect light into switches, while other times you’ll have to manoeuvre your blocks around razor-sharp saws while time is slowed down. In the way the best games do, the game takes a finite number of objects and abilities and combines into a perspective twisting array of challenges that proves innovative time after time.

The variety never slows, either. Later levels feature enemies that home in on you, and force you to rethink your strategy.Select stages require you to jump into the fray and move as fast as possible, as your blocks don’t stick around forever. You may need to place a couple of blocks down such that one of them is actually impeding the progress of a light beam, simply because there are areas through which moving blocks is forbidden. The game is deft about allowing you to get used to certain mechanics just long enough to give you the skills to use them in situations you’ve never seen before, keeping play challenging, but familiar. This way, messing up always feels like the fault of the player, not the game.

There are certain levels in the latter half of the game, however, that rely a bit too much on speed and luck, and simply throw blocks willy-nilly all over the place. These deviations from the more solid puzzle-platforming that exists throughout seem unnecessary and stunt the flow. It’s also a bit of a nuisance that you can only ever tackle one level at a time – that is to say, if you find yourself completely stuck on a level, you can’t skip it and try it again later, but rather you have to tackle it there and then. A bit more leniency in this particular area would have gone down great. 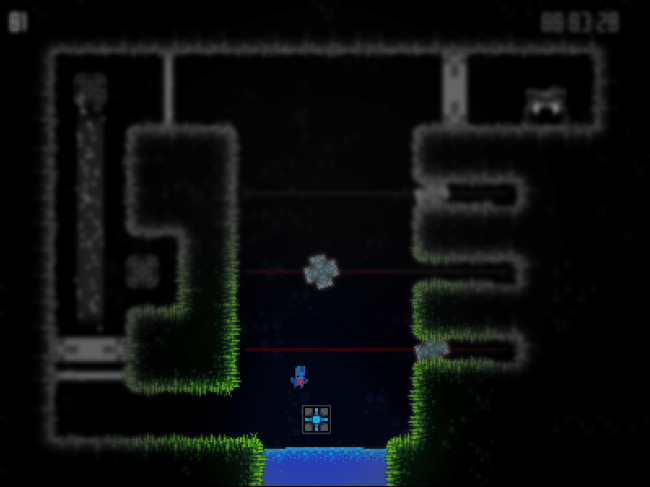 Whether robots finally manage to find the love they may all be so secretly craving, I can’t say. Right in the here and now, though, I strongly recommending helping this robot through a journey that proves emotional, rewarding, and – while rocky here and there – extremely satisfying.