#breakforcist Review: Eggs with Your Exorcism? 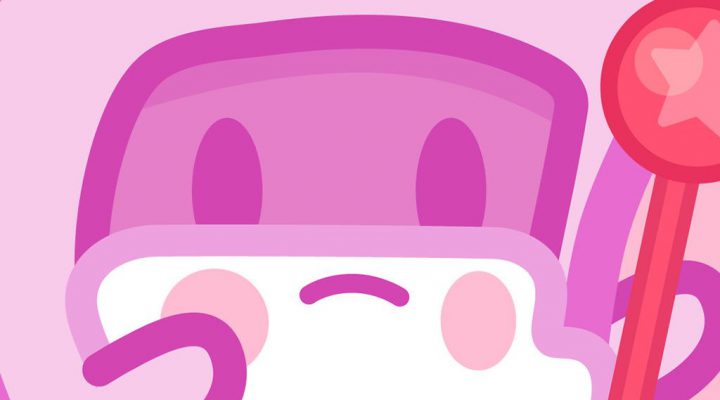 The soundtrack makes every go-round feel like a party.

You have to hold your finger on the screen throughout gameplay, cramping may ensue.

Do you like eggs and bacon with your brick breakers? How about exorcisms? If so, #breakforcist just might be your dream come true. It’s probably a given that this latest effort from Pete Ellison and Lucid Sheep Games can lay claim to the title of “most unique twist on a tried-and-true game formula” ever, but for #breakforcist to really work, it has to be more than just an interesting concept.

Fortunately, #breakforcist doesn’t just work, it works really well. It isn’t a perfect game, but there is something supremely satisfying about unlocking bacon lasers and a certain urgency to not letting the giant, fluffy, beautiful pancakes drop into the abyss. Bombarded with pancakes, eggs, bacon and waffles, this might be one game you’ll want to avoid playing on an empty stomach. As the sky starts caving in more quickly, you don’t want hangry mixing in with your desperation. 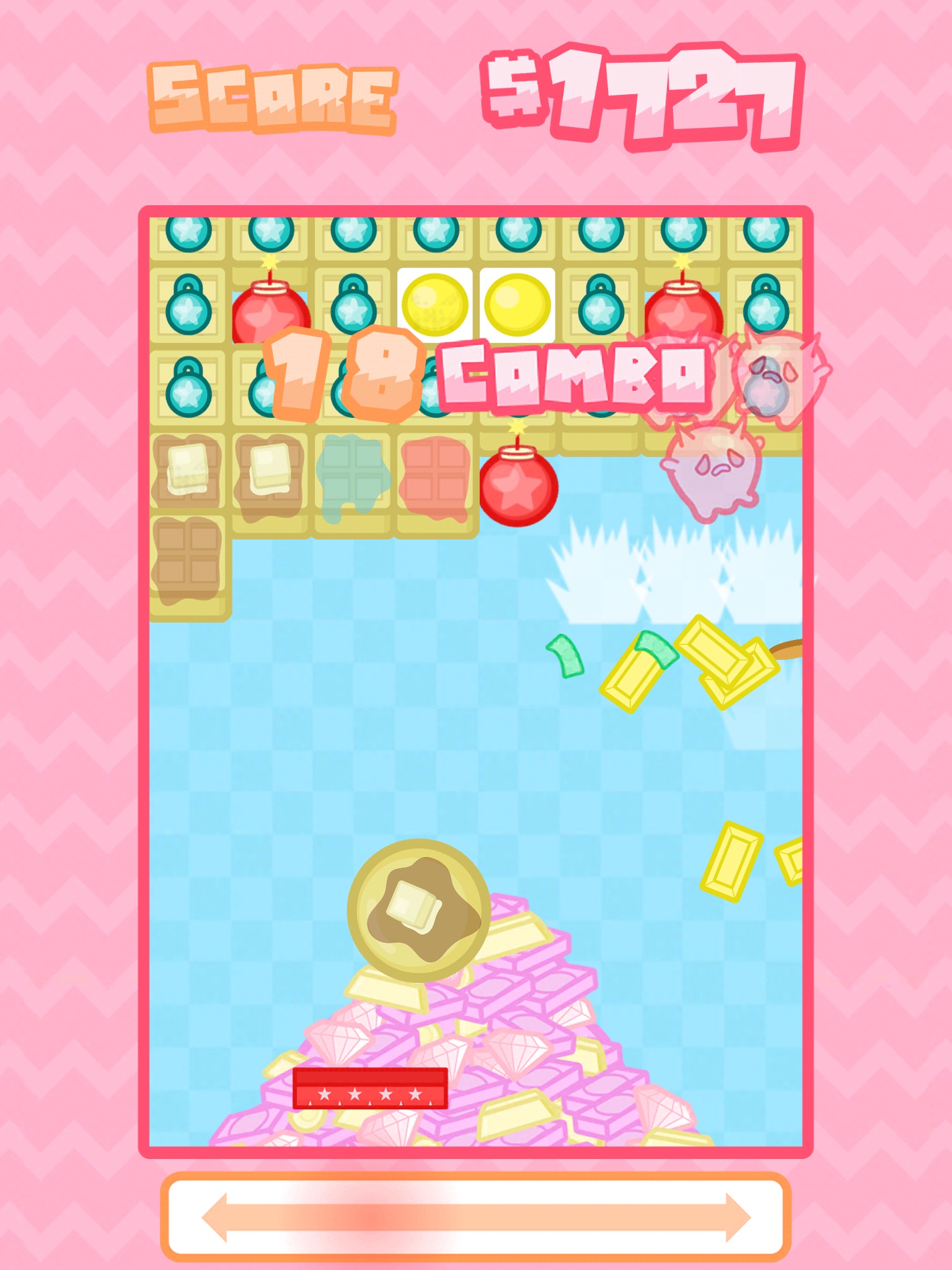 #breakforcist works a lot like a traditional brick breaker. Equipped with a paddle and a ball, your job is to clear the screen before the ‘bricks’ touch the laser line at the bottom of the screen. Along the way you’ll unlock special moves which, while designed to help you, can just as easily cost you the game as you lose yourself in the frenzy. The main difference is in #breakforcist you’re not breaking bricks, you’re breaking waffles and fried eggs possessed by demons.

The special moves in #breakforcist work a lot like the special moves you’ll find in other brick breakers, but they’re far from ordinary. The lasers shoot bacon strips (‘streaky bacon’ for those in the UK). The giant balls are giant pancakes so lovely they’ll have you leaving a trail of drool down your top. There’s no special twist on multi-ball, but if you’re really lucky you’ll hit a multi-ball with the pancakes in play. So many pancakes. So much on-screen deliciousness.

With all this food in the frame, it’s easy to forget about the package it’s wrapped up in. The warm, bright graphics of #breakforcist are likely to be a hit amongst the young ones in your life, as well as your most obnoxiously cheerful friends. Yet the amount of warmth (and pink) might be more than a bit excessive for some. For those that have any trouble seeing, there isn’t a lot of contrast so you’ll want to make sure you have your glasses on for this one.

One of the best parts of #breakforcist is its soundtrack, scored by game creator Peter Ellison. Full of upbeat electro-house and j-pop style tunes that’ll have you getting your breakforcism and your groove on at the same time, the soundtrack is integrated into the game’s rewards structure. You’ll have to perform well to unlock bangers like ‘Brunch My Body (ft Cyber Diva)’ and ‘Drum ‘N Crepes’, which is plenty of incentive to keep going.

For those that find themselves falling in love with Ellison’s score, there’s currently the opportunity to pick up a limited edition 7” vinyl EP printed on white vinyl to look like one of the game’s demonic eggs. The vinyl EP comes with a download code for the full soundtrack, which is also available for digital download via Bandcamp. 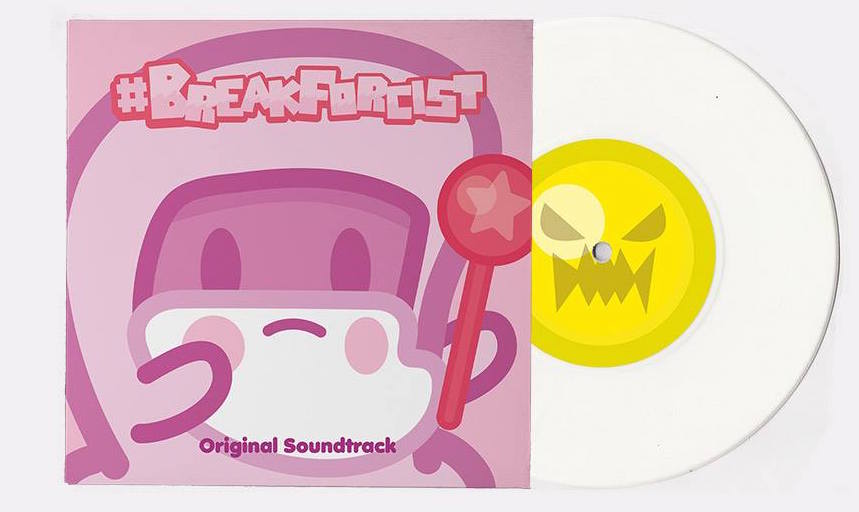 When it comes to the gameplay, the pacing in #breakforcist is quite frantic; more frantic than most brick breakers. It can take a bit of getting used to, even for a hardcore brick breaker enthusiast, but it’s worth sticking it out.

The bigger issue, and really the only major drawback with the game, is the hold-release pause-unpause mechanism. To keep the game in play, you have to hold your finger on the screen. Removing your finger from the screen immediately pauses the game. This isn’t immediately obvious, so your first few attempts at playing #breakforcist are likely to result in frustration until you realise that this is what the ‘tap and hold’ instruction on the start screen was referring to specifically. 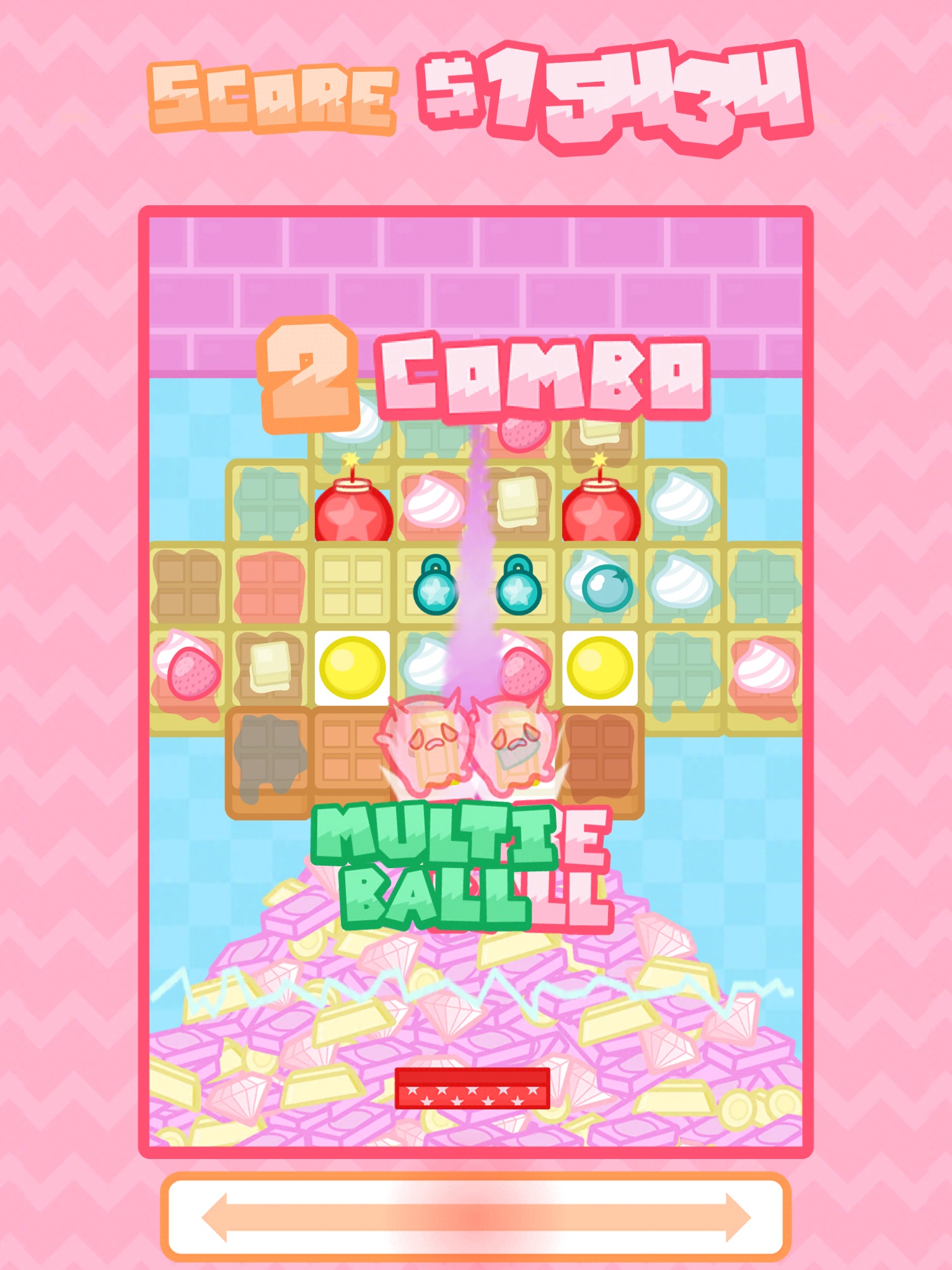 The need to keep your finger on the screen throughout gameplay means #breakforcist is a better experience on the iPhone, iPod Touch or iPad mini than on the larger iPad devices. High scores are likely to come with some serious cramping on the iPad 4 or iPad pro for example.

#breakforcist is currently available as a premium app, and whether it’s worth the investment will likely depend on how hungry or into brick-breakers you are — but it’s definitely one of the better brick-breaker games for mobile right now and certainly the most interesting.