There’s something to be said for the classics. Actually, there’s a lot to be said for them, or they wouldn’t get to be classics in the first place. Brave Frontier definitely has its sights set on giving mobile gamers nostalgic feelings of the JRPGs of bygone days, with some collectible card game bits sprinkled in for good measure. That’s a sound strategy, and the result is fun enough to be worth the free download.

Every good RPG needs a land to save, and in the case of Brave Frontier, it’s called Grand Gaia. This magical locale is home to hidden power for those who can vanquish its strange creatures, but it’s been sealed off by some fallen gods.

That’s where you come in. As a Summoner with immense promise, you’ve been granted access to Grand Gaia via Lucius’ Gate. With a guide named Tilith to introduce you to core concepts like summoning units, fusing them together to make them more powerful, and leading them into combat, it doesn’t take long to get started on setting things right.

Mostly, this means fighting your way through waves of creatures in turn-based battles. In each quest, you have a five-unit squad plus one helper sent by another player to take on multiple waves of regular enemies leading up to a boss battle. It’s an all-or-nothing affair once you begin, though you can bring consumables along to help ensure you survive the whole thing.

All friendly units and enemy creatures have an affinity to one of six elements: Fire, Earth, Thunder, Water, Light and Dark. The first four have a rock-paper-scissors relationship, while Light and Dark are strong against each other. Exploiting elemental match-ups is quite useful in combat, and the idea is to use whatever is strong against the monster you’re facing to do extra damage while avoiding attacking with elements that are weak. As Tilith helpfully points out, the environments can clue you in (a.k.a. you don’t bring a team of Earth units to a battle in a fiery cave). 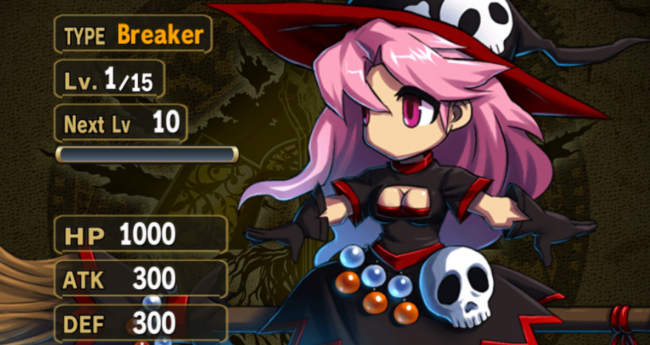 Combat is turn-based but devoid of too many real options. Everyone on your side attacks first, so all you need to do is tap on a target and tap on the unit you want to strike. Any enemies left standing attack in turn, and on it goes. The only other twist is the Brave Burst, which can take the form of single-target or multi-target special attacks, activated by holding down on a unit and swiping up and complete with their own, fairly cool animations.

Brave Bursts make combat a little more interesting than in some similar games, but still nothing that will challenge the strategic portions of most players’ brains. Defeated foes drop currencies called Zel and Karma, and surviving until the end of a quest pays off with XP and extra units – often converting ones you just fought to your cause. Gems are earned by completing entire zones and can also be purchased for real money, good for rare summons and other assorted bonuses.

In-between quests, you’ve got a town with various facilities for gathering materials (some of which are also rewarded at the end of quests), crafting potions and buffs called Spheres, and managing units. Fusing works via the typical mobile collecting game mechanic, as one unit is sacrificed to strengthen another and Zel are used to pay for the process. Karma can be spent on leveling up the various locations in town, giving you either more resources or additional crafting options.

The story also plays out in the spaces between quests, allowing you to meet NPCs like your friend Karl, rival Summoners with their own agendas, and more. There does seem like an interesting story could be running through it all, but it’s served to you in painfully small portions. Plenty of content seems to be there, but that’s only a plus if it holds your attention long enough to get to all of it. 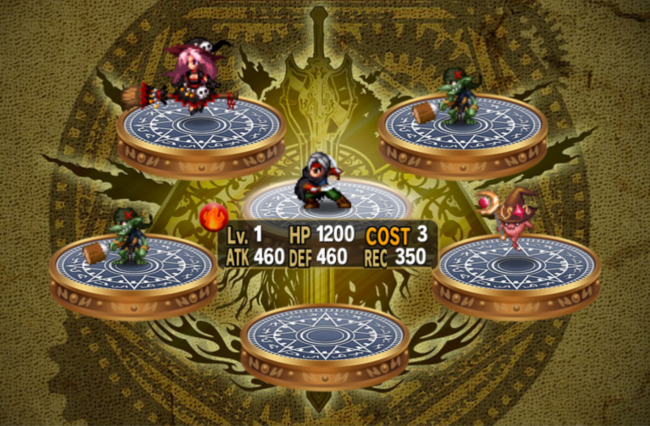 Adding to the pacing issues is the dreaded energy system, something that is de rigueur for free mobile games of many types but not as welcome in an RPG. Your maximum energy increases as you level up, but it never quite scales with the added energy needed to take on tougher quests. It gets even worse if you want to participate in the game’s events or explore dungeons, which offer great rewards but also cost a lot of energy.

There’s also a PvP Arena where you can pit your best squads against those fielded by other human players, but it’s not viable until you’ve got some decent play time under your belt. Brave Frontier‘s other social feature is the option to send friend requests to other players, giving you access to specific helpers to serve as the sixth member of your squad every so often.

All of this is wrapped up in some very nice visuals, especially the character designs seen close up in the dialogue portions, and an excellent soundtrack. The music is most likely the part of the game that will immediately transport you back to JRPGs you’ve played on consoles or PCs in the past, something not a lot of mobile RPGs can say.

Of course even though we’ve all benefited from grades given on a curve, it’s not really doing anyone a service to do the same with Brave Frontier just because it’s on mobile. It’s got its heart in the right place aspiring to be like the Final Fantasy or Xenoblade series, but it’s still caught up in the platform paradigms we know all too well. In other words, it’s fine for its time, just not timeless.