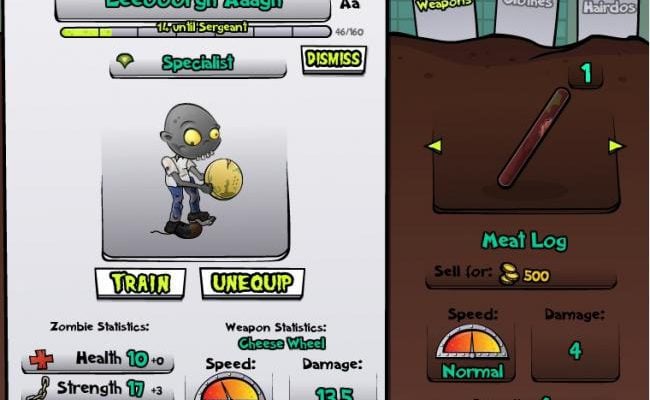 BRAAAINS is fun in small bites

I have seen hundreds of movies about the zombie apocalypse. Some people might say I am obsessed, at least that what the men in the white coats tell me. The inevitable take over of the world by the undead may be a ways off, but BRAAAINS puts a zombie army in my hands to control and orchestrate the downfall of humanity. Fools! (queue maniacal laughter.)

At its heart, BRAAAINS is a player versus player (“PVP”) tongue-in-cheek – pun intended – adventure that pit’s the player’s growing zombie army against the army of other players. It’s like the PVP combat of Facebook role-playing games without all that pesky plot to get in the way.

The player’s journey starts in the graveyard where he must exhume a proper corpse. Since he’s going to be part of an army, player’s can outfit him with various forms of attire that will raise his defense and give him a weapon to attack with. 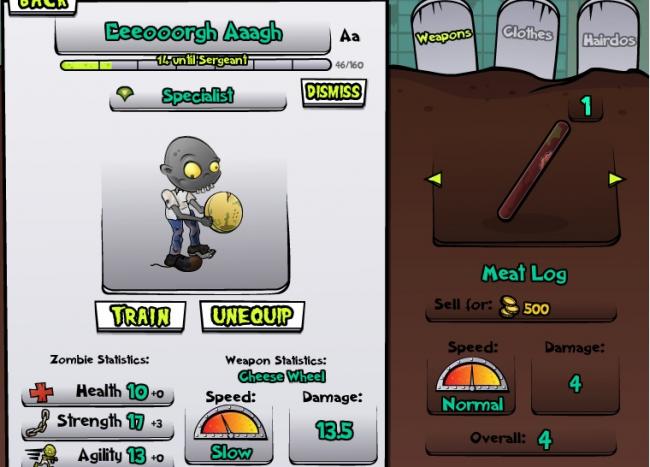 From there, you can visit the enhancement shop to add potions to increase agility and strength or the science shop to purchase the zombie equivalent of artillery weapons. These are weapons such as the sludge bomb and the mercury splash that attack the player’s enemy before the battle even starts.

Once the zombie is outfitted, it time to take him out on the town and take on another player. The player is given a choice of enemies to choose from of similar army size and level. The scene shifts to a battle location where the two zombies go at it in a undead free for all. There is a hilarious animation when the zombies fight with body parts flying everywhere. It’s just like a dream I had as a kid. Yeah, so maybe I need a little therapy.

The player earns money to purchase weapons, armor and more zombies after each battle, brains to help train his zombies and increase his stats and are earned from achievements and leveling. Bones are used to purchase the zombie artillery. Bones must be purchased using real world money, but the game starts the player out with 10.

The player just keeps building his army and taking on bigger and bigger players until you have the ultimate army. 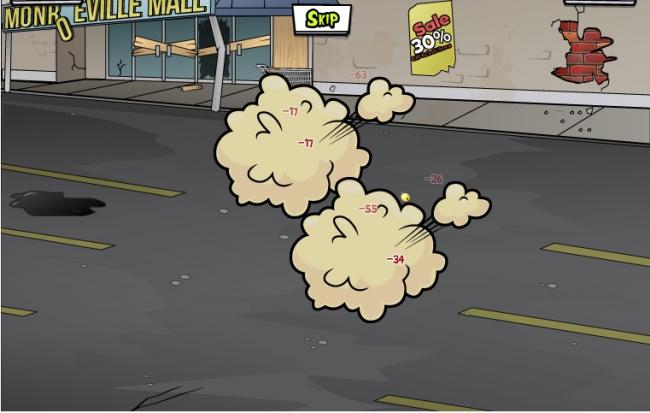 What BRAAAINS excels at is taking a relatively boring action such as a simple PVP game and turns it into something fun by offering a wide variety of strange weapons and armor. There are the standard baseball bats and hammers, but there is something extra satisfying with beating someone to a pulp with a meat stick or a cheese wheel (There’s actually an achievement for that.)

Armor takes the form of zombie clothes and entail everything from the trucker and hazmat suit to the army uniform and the heavy metal rock star.

The main complaint I have for the game is that while they do their best to make the PVP fighting fun and entertaining, it does get tedious. After a few hundred battles, you’re ready to hang it up for a while. 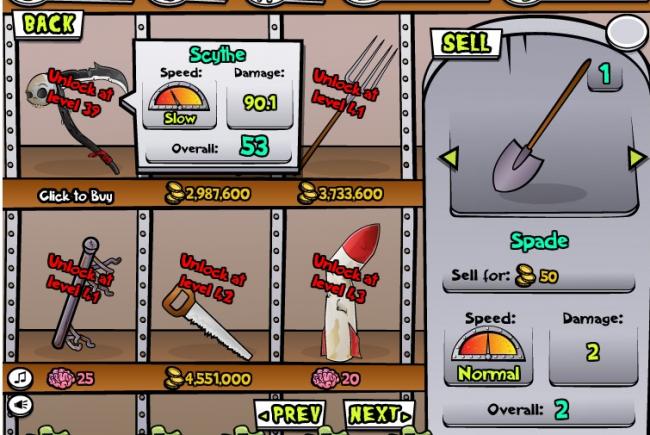 BRAAAINS is a zombie lover’s dream come true and provides more than a few laughs along the way. There is just something so appropriate about ruling the world with a cadre of undead dressed as astronauts. This is one small bite for zombie games and one giant chomp for zombie aficionados.