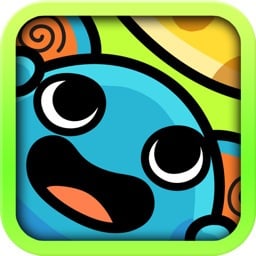 Bouncy Mouse if fun, but it’s physics are less predictable than they should be

I haven’t written a ton of reviews for mobile games in my life, but when I started, I never thought I’d use the words “angry” and “birds” in succession as much as I have. I guess it makes sense that when a game sells over 350 million copies that some people are going to try and copy the magic formula, right? That’s not to say that Bouncy Mouse is a complete and total rip-off, but while it has its own unique gameplay the influence is heavy and obvious.

In Bouncy Mouse you fling an adorable little mouse from post to post, collecting cheese along the path that leads to the cat who stole all the cheese. Your mouse will bounce around like crazy when it hits a solid object and this plays into the puzzle aspect of the game, as you must figure out ways to get around the stinging bees who are carelessly floating all over the place.

There’s 30 levels of buoyant fun to keep you busy (more on the way) and the difficulty ramps up nicely. As seems to be custom with games of this lineage, the graphics are appropriately adorable. While I didn’t get that need to “three star” every level (collecting all the cheese is Bouncy Mouse’s equivalent), the forward momentum of finishing them was enough to keep me playing.

The problem though, is that I could never quite figure out exactly how the mouse was going to react to its environment. Often I conquered a level out of sheer luck instead of skill. I take pride in my game-based dexterity skills, so I’d rather not have a game take that away from me. Also, the in-game ads prevent present in the Android version keep the game from being truly full screen, and since it’s important to see where you’re going, it ends up being worth the $0.99 they’re asking to remove the ads. While the developers aren’t alone in this practice, it still feels icky – but I guess it’s working.

I’m sure there’s a large section of folks who are sick of the “perturbed, feathered flight-takers” and might want to give something else a try. To tell the truth, Bouncy Mouse runs much better than almost every other game of its ilk once you remove the ads. It’s a slick little package that will satisfy most of you who give it a try, even if for only a little while.