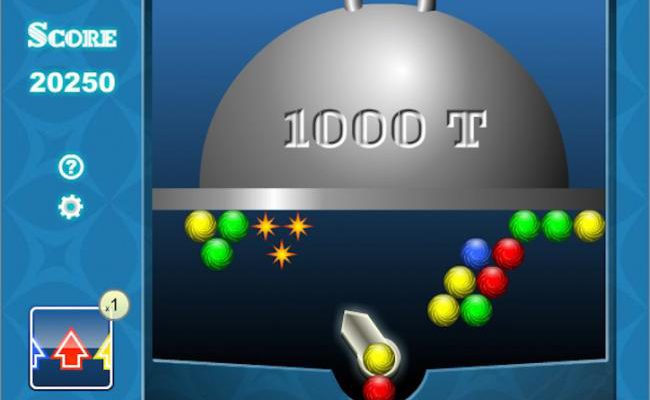 While Bouncing Balls has plenty of balls to go around, it’s hard to ignore the fact that almost none of them are bouncing. Instead, you’ll find them clinging to the bottom of what appears to be a 1,000-ton metal cloche and looking all the world like fuzzy Skittles.They may pop as you fire at them with your trusty Skittle cannon and dozens of others may fall with the right combinations, but you’ll only see them bounce on the rare occasions when you make a bank shot off of a wall. Thankfully, this minor oversight is one of the few downsides to this otherwise worthy clone of Snood.

Bouncing Balls never really advances past this level of pristine simplicity. Much like Snood, if you fire one fuzzy Skittle at the huddled mass of balls above you and match it with two or more balls of the same color, the whole line will explode and vanish from the board. Any balls of another color that happen to be beneath the explosions will then drop off screen, allowing you a bit more room to chip away at the rest of the balls. All the while, the gigantic metal contraption is slowly advancing toward the bottom, limiting your available space with each successive tick (although you can very occasionally reset it through a bonus button on the left side of the screen). Rounds end once you clear every last ball from the screen; the game ends once the metal apparatus reaches the bottom. 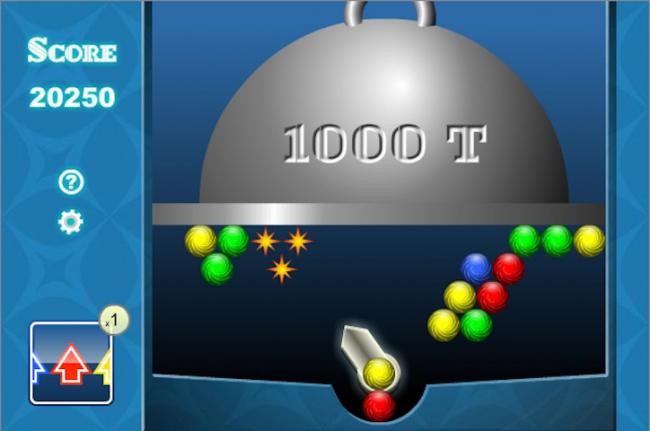 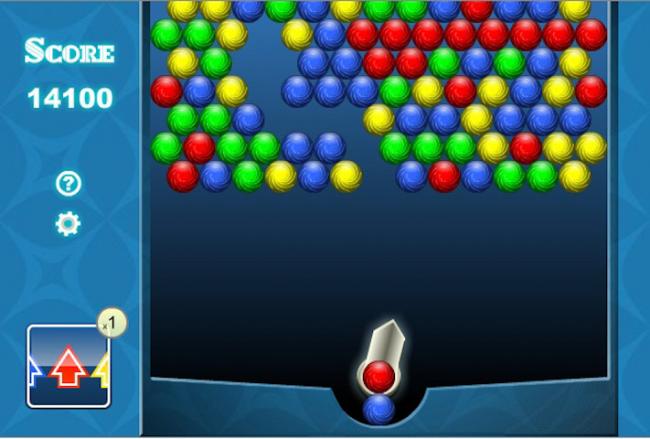 It’s important to note that Bouncing Balls is basically a Flash browser game that was imported into Facebook. As a consequence, the leaderboards (which count as the game’s only real social addition) seem a little tacked-on, although the option to compare your scores with both your friends and other players around the world should satisfy most needs. There’s no option to send your friends bonus balls or anything similar here, though, which somewhat limits the interaction that usually makes games like this so successful on Facebook. There’s also not much personality to the game screen itself, the rules for scoring aren’t very clear, and the most you’ll get for variation is a few new colored balls for an additional challenge.

In terms of stability, however, that’s a good thing. Bouncing Balls plays smoothly even on weak computers, which counts for a lot in those final seconds when only an inch is keeping you from victory or defeat. Even better, microtransactions are missing in action at the time of writing, which means that Bouncing Balls is completely free to play. In short, while you’re likely to find more robust variations on Snood elsewhere (e.g., Bubble Town: Party Planet, Bubble Speed, Bubble Saga, or Bubble Island), it’s hard to go wrong with this simple but polished experience if you’re looking for nothing more than something to pass the time.