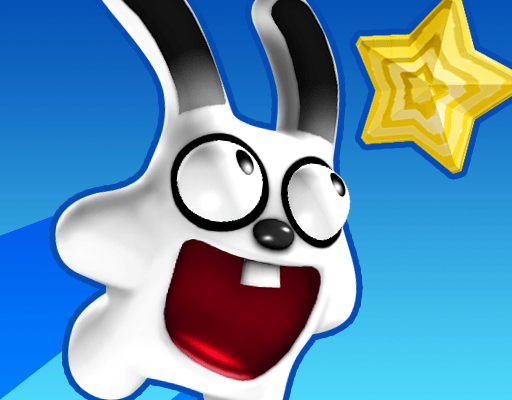 The wabbit is fun to play with, but the controls are a little too wascally

If you’ve never had the opportunity to hurl a small, adorable animal through the air, you’re clearly missing out. No, seriously. It’s super cathartic, and the animals themselves love it. At least that’s what Bounce the Bunny has taught me, and I have yet to receive a lesson from video games that hasn’t turned out to be true.

The concept with this title is that a rabbit dreams of snagging all the stars that float around him, but he can’t quite reach them. So, in order to help his friend out, a wizard frog (seriously) starts creating bouncy balls all over the place that will help him on his quest.

The game is a physics puzzler, based around (literally) kicking the titular bunny across a level and getting him to land on a target. Along the way the rabbit needs to collect as many stars as he can, and players need to place bouncy balls to help him do this.

The balls can be placed anywhere on the map, but doing so drains the magic bar on the side of the screen. These balls can be dragged out to be larger (and thus provide more of a bounce), but this will further reduce the magic bar’s level. On later maps, successfully capturing all the stars requires judicious and well-thought out use of these balls, as well as taking environmental factors like rubber platforms (which disappear after one bounce) into account.

The game itself would be sufficiently challenging enough based on its general concept, however the controls add another level of difficulty, which is more frustrating than anything else. The boot that has to be pulled back in order to launch the bunny will sometimes trigger before it should, meaning that players have to restart the level in order to try again. Additionally, placing and sizing the balls is easier said than done, mainly because it’s hard to precisely do on a screen as small as that of the iPhone.

Visually, this is certainly a cute little game. Players are presented with side-views of 2D maps, much the same way that they are with titles like Angry Birds. However as opposed to a flat, hand-drawn look, Bounce the Bunny features 3D graphics. The environments are brightly-colored, and the bouncy balls feature different colors and designs when they appear.

Bounce the Bunny isn’t exactly the most original title on the market, but that certainly isn’t a bad thing. The game is solid and challenging while looking good with some great production values, but its controls need some tweaking before this can truly be considered a great app that physics puzzler fans need to add to their game libraries.