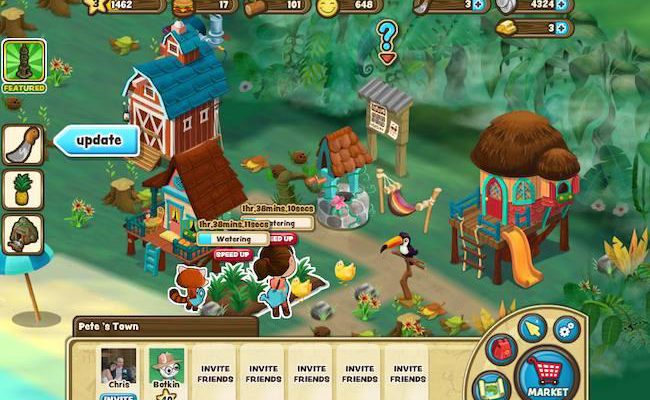 Welcome to the Jungle. We’ve got fruit and friends.

Here’s an intriguing idea: Lord of the Flies meets Disney. Imagine fluffy animals on an abandoned jungle island, dancing in the throes of wild bloodlust, hunting one another for sport, and offering up each other’s heads as gifts for their unspeakable gods. Botkin’s Hidden Cove for Facebook has the fluffy animals and the desert island, but it’s low on instances of frenzied violence. Well, two out of three ain’t bad, and Botkin’s Hidden Cove isn’t a bad game, either—though it’s definitely not meant to be enjoyed solo. 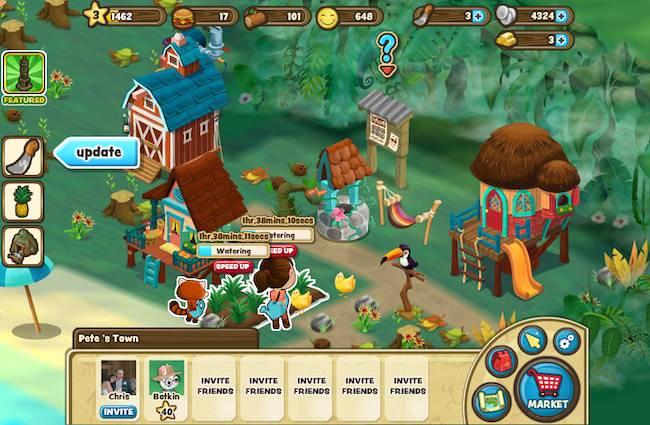 Botkin’s Hidden Cove is a social offering from Disney Playdom. You begin the game stranded on an island that’s seemingly isolated, but you’re not lonely for long. One by one, you acquire animal friends that help you civilize your new island home. They don’t work for free, though; the animals will only help you once you’ve rescued them from the clutches of an evil witch doctor who aims to use their cuddly pelts in a blood sacrifice (yikes! Looks like this island has a touch of The Beast on it, after all).

You find animal friends and clear away land using “machetes.” Interestingly, machetes replace the Energy-based play system that most social games use to limit the amount of time you can spend on the server without coughing up hard currency. Every time you clear away a patch of jungle, you use up a machete instead of a bolt of energy. And other tasks—building, interacting with objects, cleaning up your homestead, growing food that will help you complete your work, etc—can be done for as long as you like.

Here’s the thing. Machetes don’t regenerate with time; they can only be earned through rewards or quests, or assembled with certain materials. In other words, your supply of machetes regenerates very slowly. Moreover, the other tasks that you can do on your island take several hours of real-world time. Botkin’s Hidden Cove doesn’t enslave you with limited energy supplies, but it finds other ways to goad you into paying to stay in the game. 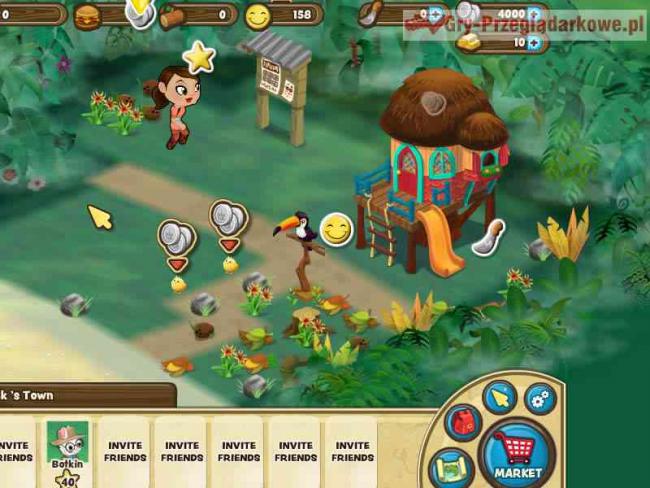 Botkin’s Hidden Cove is a very cute-looking game with a large cast of cuddly animals and fun tasks. It’s pretty basic, though, and clearly engineered for younger players (unless you think you’d really get a charge out of building a diner on an island because an animal told you to do it). Note that the game is not a lot of fun to play on its own, as you’re supposed to encourage friends to help you build up your island and “staff” your various establishments.

If you prefer non-invasive social games (they do exist) and don’t plan on spending any hard currency to hurry tasks along, Botkin’s Hidden Cove won’t do much for you. It should, however, enthrall youngsters  that have a lot of Facebook friends and a little bit of spending money. If you’re looking for a safe, fun social game to scoot your kids or siblings towards, Botkin’s Hidden Cove is a decent pick.