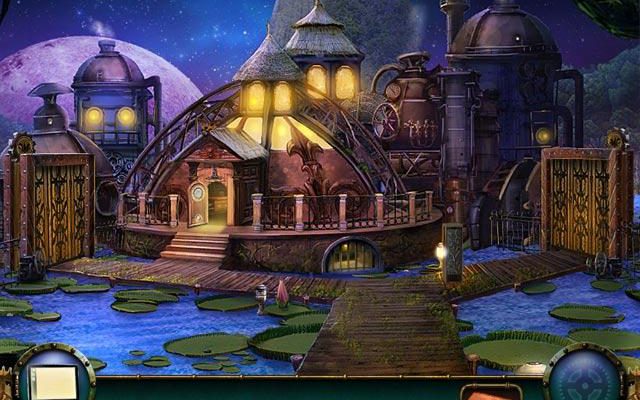 Gentle adventures in a garden of alien delights

The humble mouse is arguably the most powerful and versatile computer input tool devised so far. So it’s unsurprising, then, that an awful lot of games have been built around it and it alone as a control device. What’s perhaps more surprising is that there hasn’t been a greater crossover between the various genres of games reliant on the mouse. Enter Botanica: Into the Unknown.

Botanica offers a seamless experience in genre-blending, embedding features of point-and-click adventure, escape the room and hidden object games in an overarching narrative. The game is divided into a series of discrete areas filled with linked locations. In each area you’ve got to locate objects, use them to solve basic puzzles, and complete a variety of mini-games which are often hidden object affairs, but sometimes feature logical or spatial reasoning. If you get stuck, there are buttons that offer hints or a chance to skip a puzzle, but both take time to recharge after use; a neat way of encouraging players to at least try and tackle the conundrums before looking for an easy route. 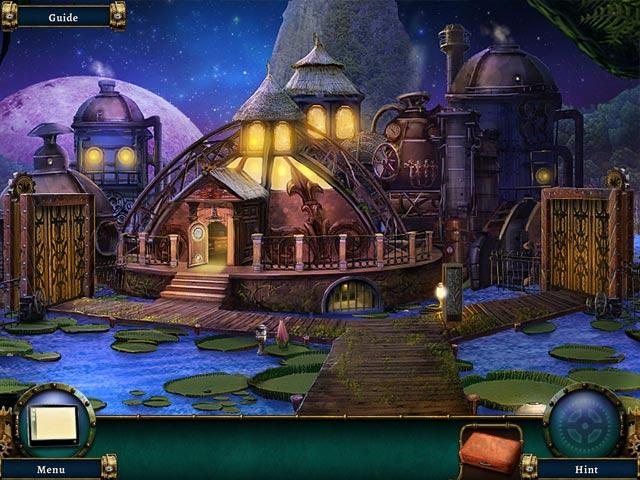 Given how similar the facets of Botanica‘s game play are, it’s a wonder that more games haven’t attempted to build them into the same interface. And Botanica makes a good job of tying it all together, offering a lot of variety with nothing feeling forced or out of place. The title brings its crossover approach right down into the mini-games adding, for example, a minor item combination puzzle to a hidden object game. This does give rise to some minor control ambiguities, which are irritating but nothing serious.

Tying all the varied aspects of the game into a wider story, however, is less successful. It doesn’t help that the tale of a scientist falling through a portal into an alien world during the search for her lost father is trite and predictable to begin with. There’s an attempt to split the narrative between cutscenes and in-game text and speech, but most of these supporting aspects of the game are poor. The voice acting is wooden, the characters bland stereotypes, the cut scenes clumsy and cartoonish, and the animation pathetically jerky.

Fortunately the game gets the art and sound right during active play, which is where it matters most. The locations are vivid and evocative, if not exactly alien, and the subtle visual distinctions required to make the frequent object-hunting interesting without becoming frustrating are handled well. Scenes change appropriately as you trip switches and haul on pulleys and have occasional interactive elements that have nothing to do with the puzzles in the game. 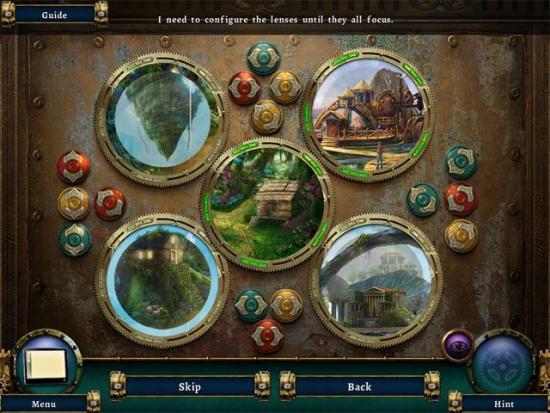 Those puzzles are, of course, the meat of the gameplay and for the most part are very well designed as well as spectacularly varied. The solutions always make sense in the context of the game but often still require just a little bit of lateral thinking to figure out, with items not always needing to be employed to their most obvious purpose. The sorts of annoying inconsistencies that can plague games of this type, such as a useful item in a scene turning out to be background art rather than something you can pick up and use, are rare. And the wide combination of puzzle types keeps you on your toes.

Individually, none of the problems you’ll face during the six or so hours it takes to finish the game are particularly difficult. And while the refilling hint and skip buttons are a useful boon to the casual player, they also serve to make the game even easier. About the toughest barrier is the need to recall the existence of puzzles in locations early in a level that you’ll need to backtrack to later once you’ve obtained an item that will solve the problem. The whole thing hums along at a consistent level which is always enough to engage your brain, but never enough to seriously challenge it. 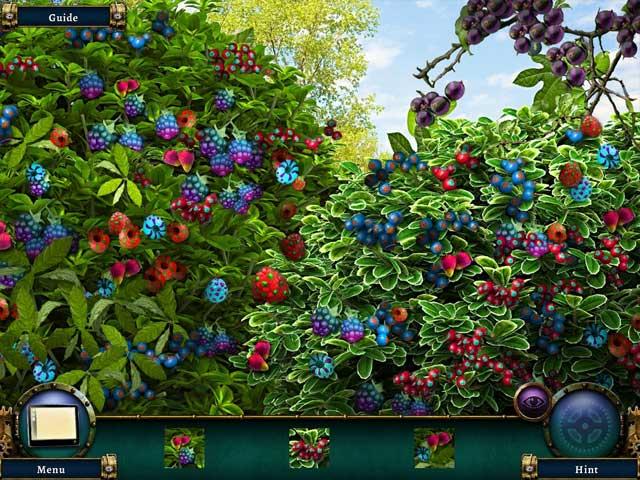 If you do feel the need of some extra hurdles, you can work through the game’s collection of achievements. But it’s clearly been aimed squarely at the casual games market, and aimed extremely well. Although advertised as a Hidden Object game, people with a particular penchant for that kind of puzzle may find Botanica: Into the Unknown disappointing because it mixes in object searches with a wide variety of other play styles. For anyone else looking for an engaging and leisurely puzzle-based adventure, it should hit the spot nicely.