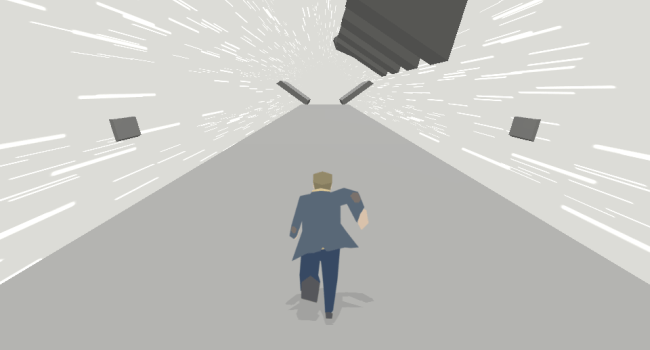 The spiritual sequel to Super Hexagon

Boson X is essentially the spiritual sequel to glorious hair-pulling action game Super Hexagon. Cylindrically-shaped levels? Check. Fast-paced, randomly-generated action that keeps you on your toes every single moment of play? Check. A base difficulty so severe that you may accidentally smash your iPhone to pieces after you die for the umpteenth time? Oh yes, it’s all there.

But this rotational runner is far from just another Super Hexagon, as the game offers a massively unique take on the endless runner genre. The variety on show here is simply wonderful, and the difficulty factor coupled with the online leaderboards means that we’ll no doubt be coming back for more again and again.

You are a professor who has become caught in a massive particle accelerator. By jumping from platform to platform you can keep him safe from the high-energy particles dancing around him, and hopefully build up enough energy that you’ll manage to discover some new particles along the way.

The professor can jump left, right, and forwards, with different heights on his springs depending on how long you hold your finger on the screen. It feels like an unnatural control scheme at first, especially when holding both sides down to jump forward – yet rather quickly your brain will begin to understand how the game plays out, and you’ll come to appreciate the simplicity.

This simplicity is very much required, given that Boson X is so incredibly difficult. As you dive from platform to platform at break-neck speed, there are platforms that glow blue. By running on these, you build your energy up and eventually reach 100 percent – or die trying. Once you hit 100, the world then turns into a blurry mess of light, you speed up to ridiculous velocities, and death is only a short few seconds away (unless, as the online leaderboards suggest, you are some kind of superhuman who can continue onwards).

Boson X is all about getting “in the zone,” as was the case with games like Impossible Road, and the aforementioned Super Hexagon. For the first 30 minutes or so you’ll barely even manage to beat the second level, but gradually you’ll learn to switch your brain onto the elements of play that truly matter, and your mind will become a Boson X-playing machine.

But even when you’ve managed to find your zone and beaten a level, Boson X then does the unthinkable and throws a completely different scenario at you. Each level has different obstacles to avoid, and an overall different theme to explore. One moment you’ll be diving between platforms in open space, and the next you’ll be asked to pelt through tight spaces and corridors, or tiptoe across platforms that dive-bomb when you touch them.

Not only is the fast-paced gameplay hair-wrenchingly delicious, but Boson X gets massive style points too. From the straight-talking vector-style visuals, to the lovingly-crafted menu system which reads like a real experiment, to the soundtrack which bangs along, accompanying the action perfectly, this is a game that knows what it wants to be, and has taken numerous steps to make this vision a reality. It all runs so smoothly, too, with rarely any visual stutters. 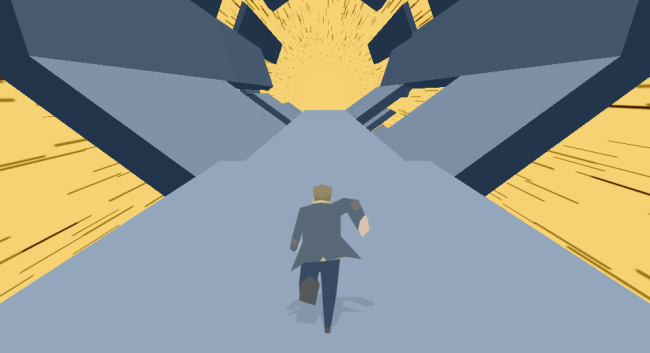 As mentioned, there are online leaderboards for each level that add massive replay value to the game. There are also experiment-like graphs for each level that show your own progress, plotting how you’ve been doing over the course of all of your many runs. I’m not so great at the game, so rather than a steady upwards climb, my graphs look like dangerous, craggy mountain peaks.

Boson X could afford to be a little less reliant on leaps of faith, especially in the later levels. On numerous occasions I found myself caught in situations where I could barely even see where the next platforms were going to be, and I’d just have to choose a direction and leap for my life. These sections put a tiny damper on the action, as it feels more luck-based than skill-based. Still, it does add to the tense uptightness of the package as a whole.

Whether you enjoyed Super Hexagon or not, Boson X is a game that needs, nay, requires a place on your mobile device. Its manic split-second gameplay will reel you in, while the thought of someday topping the leaderboards will keep you coming back time and time again.

The Raven: Episode 3 – A Murder of Ravens Review