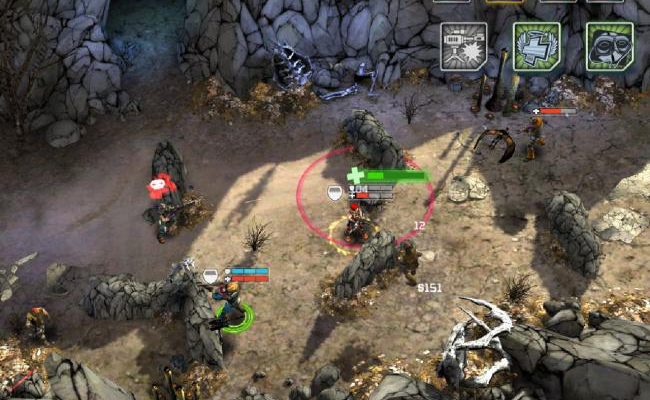 They certainly nailed the “wasteland” aspect.

Think back, vault hunters.  Think of all the good times you’ve had with Borderlands and Borderlands 2: fending off bandits with your friends; splitting up loot and painstakingly preparing your loadouts; turning in missions for quirky Pandora residents like Zed and Scooter; exploring a vast and unfriendly, yet beautiful wasteland with nothing but equipment you’ve scavenged…oh, and some turreted Outrunners.  Remember it well, because Borderlands Legends has no interest in reminiscing with you.

On the surface, Borderlands Legends has a lot going for it.  Beautiful, rich graphics (albeit without the cel-shaded charm of its predecessors), an in-depth RTS system, infinite randomly generated missions, and the four beloved vault hunters from the original Borderlands:  Roland, Lilith, Mordecai, and Brick.  All of the little touches, from the music to the locations, the user interface to the weapon vending machines, are taken straight out of Borderlands, setting up expectations for an expertly crafted, action-packed, and purely fun experience. 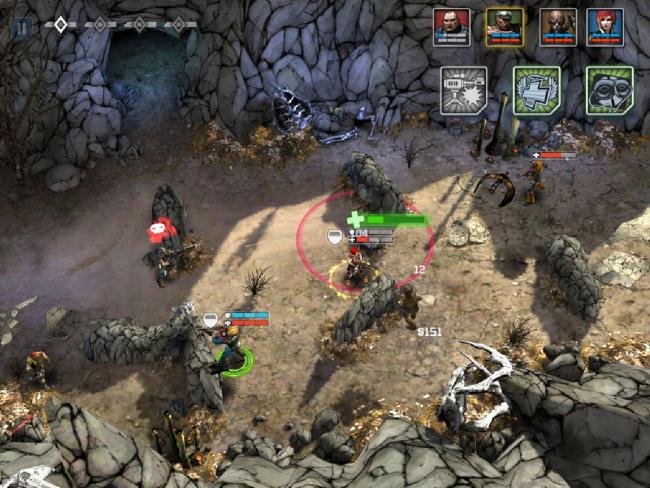 Borderlands Legends walks a fine line of very clearly trying to distance itself from its big brothers, while at the same time dressing in their clothes and imitating their voice.  Instead of a multiplayer first-person shooter, Legends is a single-player real-time strategy game, with RPG elements borrowed directly from the two console titles.  You’ll control all four of the vault hunters simultaneously, fending off waves of AI attackers, also recognizable to Borderlands veterans: bandits, psychos, skags, spiderants, and more.  Your primary method of attack are guns, with each character also able to employ a constant utility—like an increased shield from Brick or improved speed from Lilith—as well as a rechargeable action skill—like Roland’s turret or Mordecai’s pet, Bloodwing.  Gameplay consists of tapping on the character you wish to control, and then tapping or dragging toward a location, enemy, or ally in order to perform a designated task.  Your character will then move, attack, or assist, depending on their target, while action skills are deployed directly by selecting their related icon.

As with most of the non-gameplay trappings of Borderlands Legends, skill and weapon improvements are taken directly from Borderlands.  In-between missions you’ll be sent back to your bus hub, where you can purchase new guns, shields, and utility boosters for your team with money earned from missions, as well as allot any skill points received via leveling up.  Purchasables are color-coded according to strength and rarity—ranging from common, white, to rarest, purple—and each character’s skill tree allows for two paths and a total of three distinct action skills in battle once you level up sufficiently.

Underneath these layers of Borderlands-y goodness, things fall apart.  All of the aspects that make Legends unique, and its own game, are more than a little rough around the edges.  Your character AI is unpredictable at best, nonexistent at worst.  Although your vault hunters will sometimes auto-attack anyone within their range, they’ll just as often completely ignore an enemy standing right next to, and shooting directly at, them.  On the small iPhone screen, with enemies and allies bunched together, this danger is easy to overlook until a character is nearly dead from inactivity.  Controlling and guiding your characters is not any better: the pathing in Legends make maneuvering obstacles—whether it’s cover or your own teammates—an effort in sheer frustration.  Moving a hunter from behind cover to anywhere else will almost always result in him running directly into that piece of cover over and over, until you direct him elsewhere.  Not that you should worry about hiding your characters behind cover, anyway:  enemies shoot straight through it, and it serves little purpose except as a pathing obstacle for your tunnel-visioned hunters. 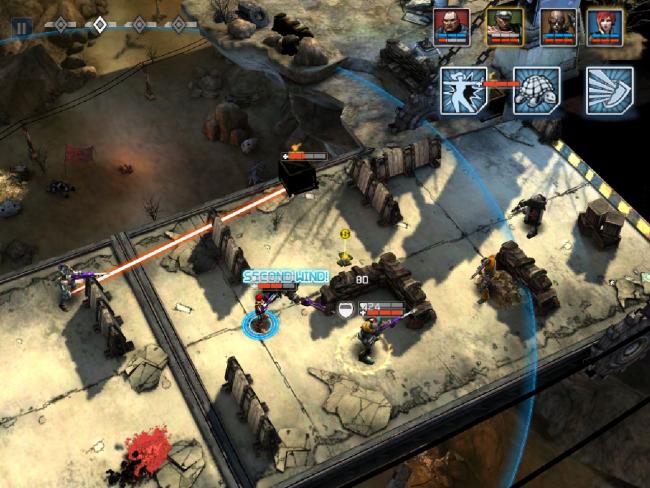 Because of this, the dragging aspect of gameplay—dragging your finger from one character to their target—is basically unusable.  This is unfortunate, because the line drawn from your character to their destination is helpfully color-coded to cue what they will do: red for attack, blue for move, and yellow for assist.  However, after attempting to “drag” my characters to a sniper on top of a cliff at least fifty times with no response, I learned my lesson.  Only tapping should be used, which cuts out about half of Legends‘ active gameplay.

Of course, once you reach about level ten, you won’t need to do much of anything gameplay-wise.  The game becomes infuriatingly difficult, especially as you learn the ridiculous ins and outs of what features are broken.  Luckily, as long as you complete a single stage in any mission (out of five stages), you’ll earn its experience points and gold, allowing you to work your way toward level ten and smooth sailing.  By that point, as long as you’ve been purchasing new weapons and shields, you can basically let your characters stand in place, only directing them to engage enemies if they stop moving altogether (which, remember, they will do often).

If you’re hoping that those guns and shields will be Legends‘ saving grace: don’t.  Forget the myriad lists of features every weapon had in Borderlands.   Each weapon in Legends has two stats, damage and accuracy, with an occasional elemental effect—like electric or corrosive damage.  Each character can only use one type of weapon—shotguns for Brick, snipers for Mordecai, SMGs for Lilith, and ARs for Roland—which means the entire “strategy” of outfitting your characters amounts to equipping the highest damage weapon.  Even the color-coded rarity seems like a tacked-on reminder that “Hey, this is a Borderlands game!” since purple weapons will often be barely better than cheaper green ones. 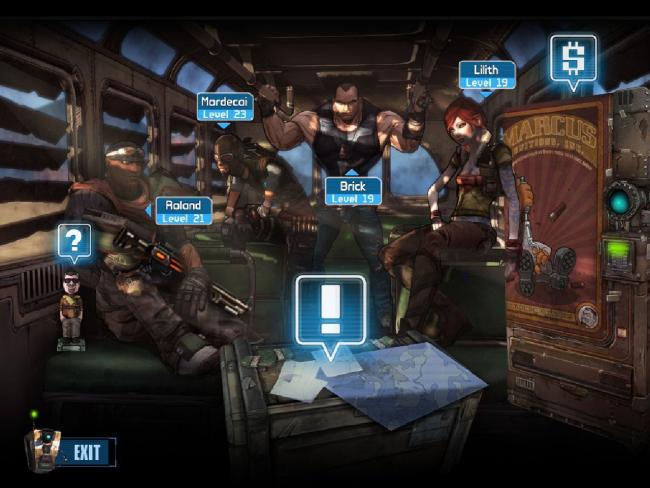 There are plenty of other “Oh, hey, that’s from Borderlands” features you could focus on.  Claptrap is your tutorial master and mission director; allies that die in battle can be revived by nearby teammates, or kill an enemy for a second wind; special missions send you to kill off recognizable bosses, like Skag Rider; some of the best songs, like “Fighting Off the Skags,” are used in their entirety.  And maybe these little glimpses of the games that inspired Legends are enough to encourage dedicated vault hunters to keep fighting.  Ultimately, they’re little more than shiny distractions; a mediocre game trying to sneak by on the coattails of greatness.