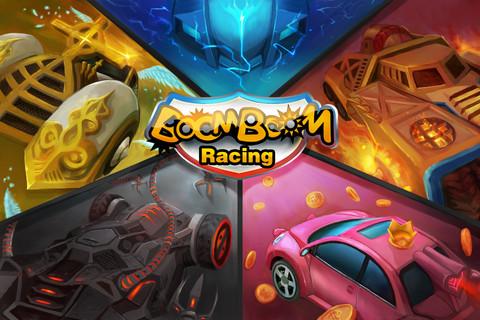 This car has all the bells and whistles, but it’s missing a few of the essentials

There is no opening statement wild enough to introduce you to BoomBoom Racing aside from simply explaining the game itself: it’s a traffic-weaving racer with color-matching puzzle elements. There’s really not much more you can say. It’s an insane combination, and at the very least, unlike anything you’ve ever played before.

The plotline, much like the gameplay, barely makes any sense at all. In an apocalyptic world where aliens have taken over the world’s cars, it’s up to an unlikely team of super-powered vehicles to save the day. Why the aliens only fall when similarly colored cars are paired together is anyone’s guess, but that’s the central concept for you.

Yet, as bizarre as it all sounds, it works really fluently. You zoom through six lanes of traffic (three in your direction and three oncoming), tapping to the left or right of the screen to switch lanes. Cars fly by in red, blue, and yellow, and are instantly destroyed if your target lane contains a group of similar colors. Take enough hits from enemy cars, and you’ll meet the same fate as they do.

Players of both genres will find something that they can identify with: Puzzle players who have trained their eyes for seeking out matching colors as second nature will feel at home with the car-blasting, while fans of runners and racers will be able to intuitively dodge through oncoming traffic.

Aside from the run-and-gun tactics, each destroyed group of alien vehicles awards you with a small batch of coins that can redeemed in the garage. Here, you can purchase special attacks, perks, and vehicles to aid you in your runs. The more you play, the more you earn, and the better each of your runs becomes. It’s a nice, rewarding cycle. 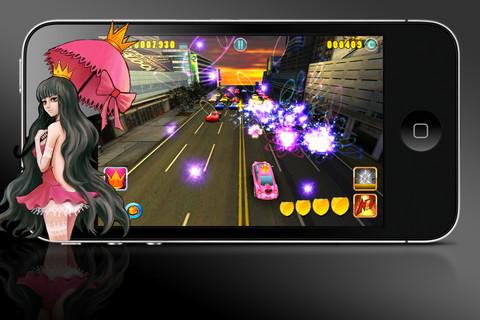 In addition to coins, some items in the shop can only be redeemed with diamonds. It might seem like another one of those “premium-only currencies” often found in iOS titles, but it’s actually part of an exciting addition to gameplay. After you’ve purchased the radar powerup, diamond-carrying “bounty” vehicles will show up on your scanner. This puts you in the high-tension decision between playing it safe, or risking your run in the pursuit of cash.

Yet, like chasing the diamonds, no game this ambitious escapes without taking a few hits. The first is simply that BoomBoom Racing is not a visual feast. It has 3D polygonal graphics, but they’re fairly bland and blocky compared to what the iOS platform is capable of.

BoomBoom Racing is also a game that could benefit from a little English editing. Incomplete or awkward phrases like “Congratulation!”, “Collect these diamonds by annihilate these cars” and “The higher the level, the more likely is the saving” simply make the game feel a little cheap. Though let’s be honest, that might just be a positive addition depending on your preferences! 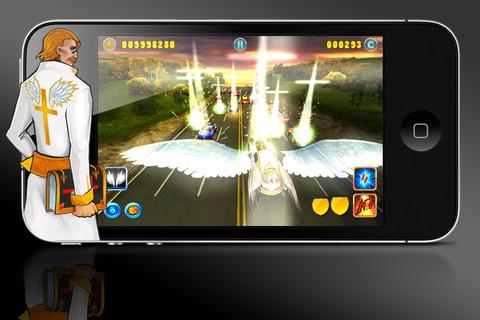 Another tacky issue comes from the iPad version specifically, which mysteriously cuts about half an inch from the left and right sides of the screen. This makes it difficult to activate certain powerups and navigate through the garage’s car menu. Considering that the high-speed dodging suits a bigger screen, it’s a shame that it isn’t perfectly supported yet. Neither, for that matter, is the ability to compare scores – something which could have played to the title’s core gameplay strengths.

I wish that some of the execution weren’t so sloppy, because BoomBoom Racing is a surprisingly entertaining title. It’s still unlike anything you’ve ever played before and is definitely worth a look, but it’s ultimately a few repairs away from being one of the finer vehicles in the App Store’s shop.