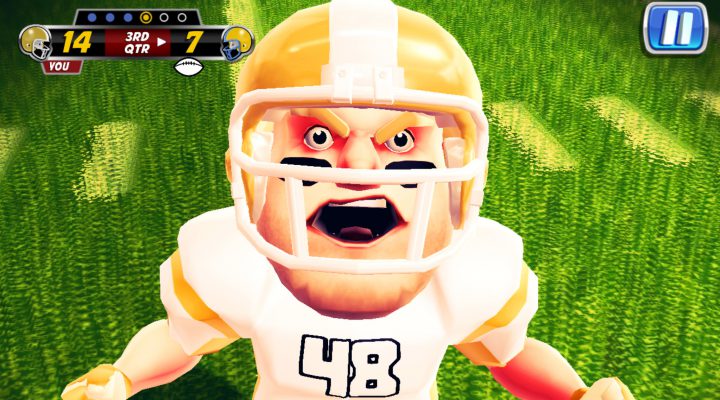 Mix of strategy and reflexes feels fresh for a football game.

Risk/reward choices during gameplay keep you on your toes.

Over-the-top but tongue in cheek visuals will make you crack a smile.

Easy to run through your game allotment very quickly.

Both IAPs and ads? No thanks.

Consider for a second how difficult it would be to come up with a brand new paradigm for a football video game. There’s arcade-style action, pure simulations and games like Madden that fall somewhere in-between but lean toward the latter. And … well, that’s about it.

The people at Hothead Games, makers of the popular Big Win Sports series, deserve credit for even dreaming there might be another way. Boom Boom Football takes card game elements and combines them with some pre-game strategy and an active role for the player in the action on the field, which plays out in an entertainingly over-the-top style. It adds up to something that might not be the deepest football game for mobile, but it’s something you’ve never seen before, and that in itself is saying something. 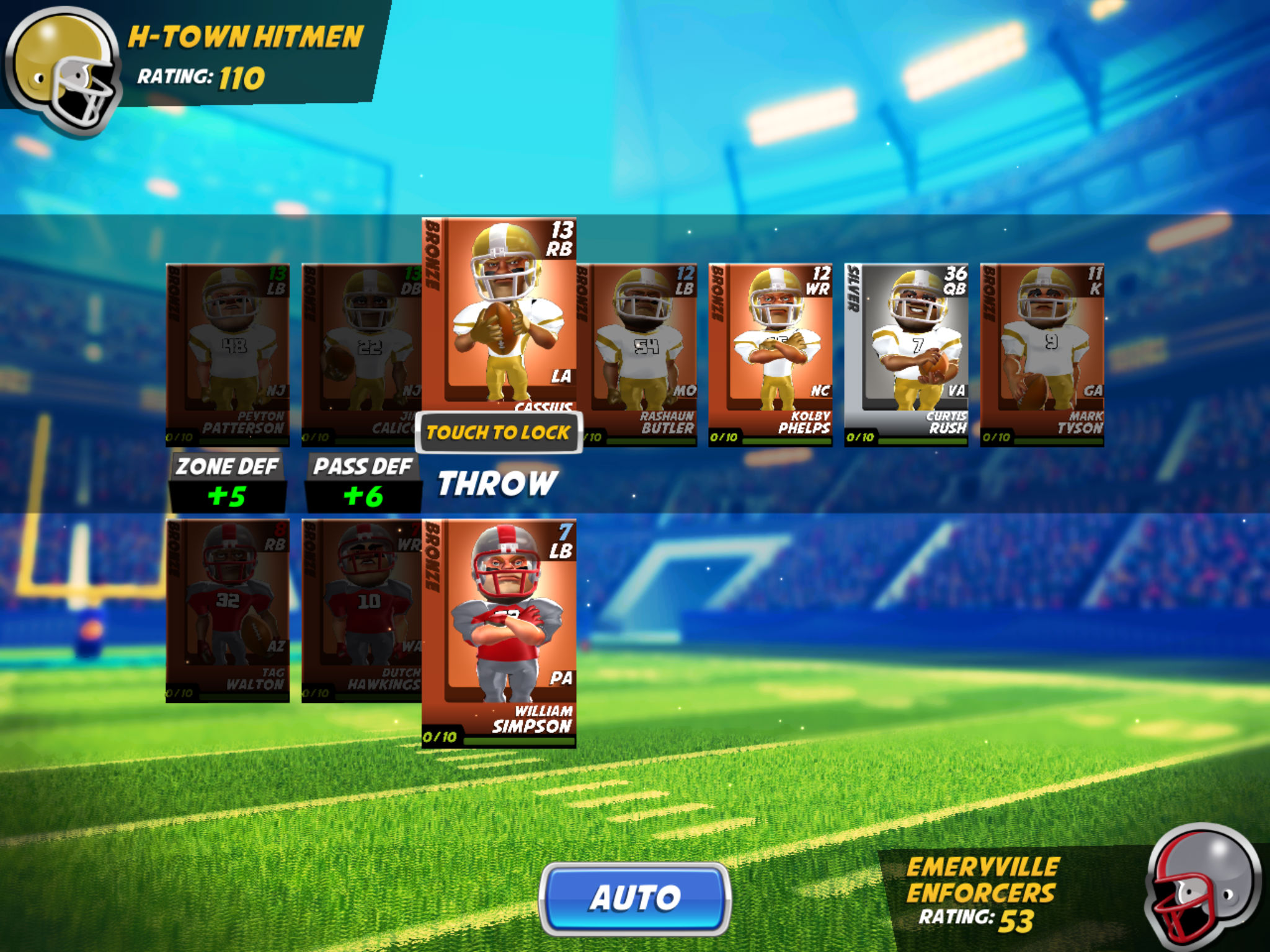 Boom Boom Football deals with the biggest problem turning football into a video game right off the bat. It’s a complicated sport, but it doesn’t have to be. Hothead reimagines it with just seven players per team (three each on offense and defense, plus a kicker) and distills each game down to six individual matchups, with a seventh on hand just in case the score is tied and the contest goes into overtime.

The cards representing each player are as simple as they could possibly be, with just a single power rating to represent how good he is at his position. Before the game starts, you compare those ratings to players on the other team, trying to have as many of them in your favor as possible before you take the field.

That’s important, because winning each match-up is crucial. Win one while you’re on offense and you’ll score a touchdown; doing the same on defense prevents a score by the other team. Reflexes enter the picture here, because for each match-up, you’ll have a chance to tap on one of three different targets. Going for a smaller one increases your chances for winning the challenge but is harder because you have to be more precise with your tap and it disappears from the screen faster. 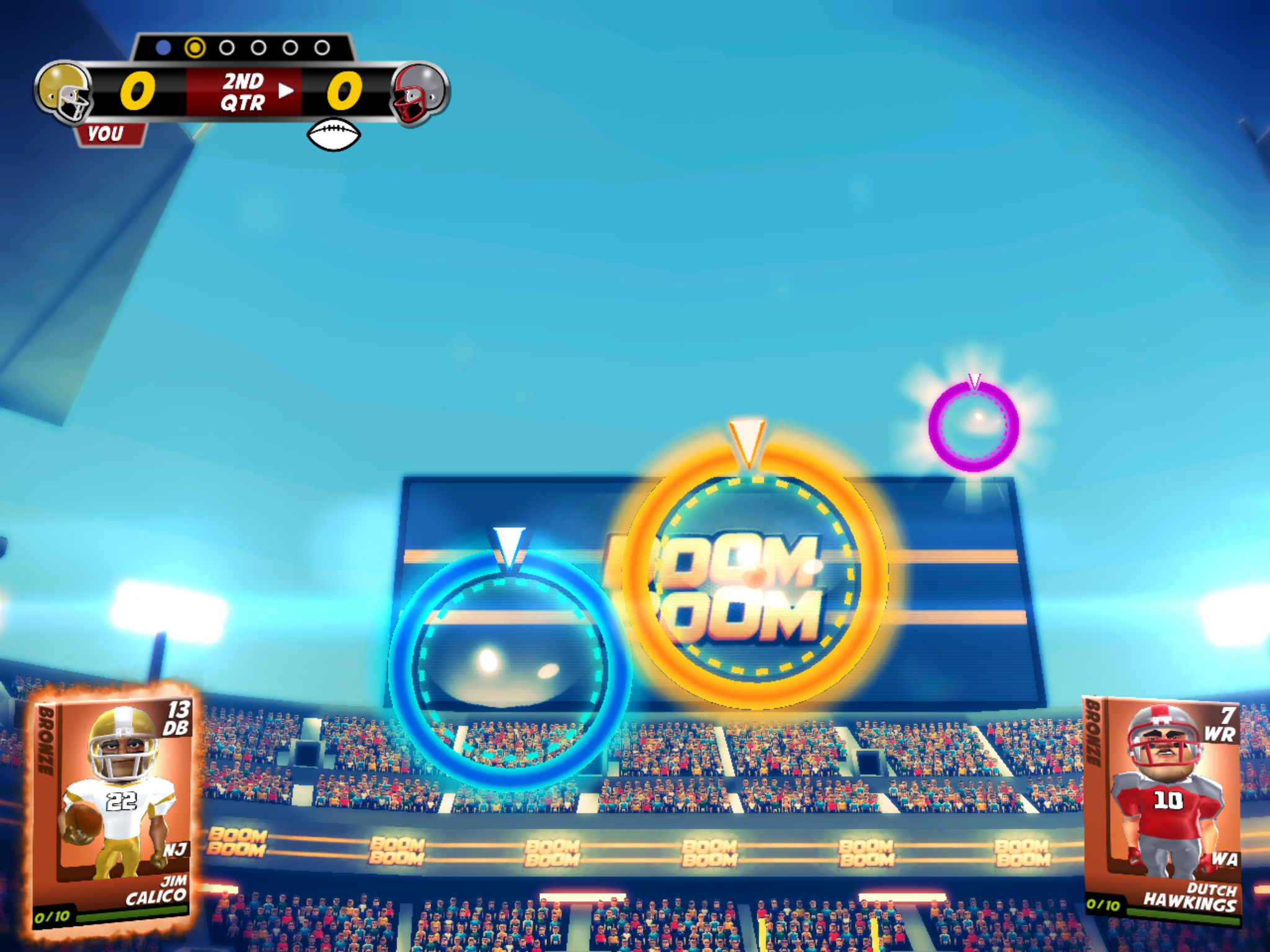 Conversely, playing it safe means you’re leaving it more or less in the hands of the ratings. Either way, a spinner adds an element of randomness and determines whether you succeed or fail. The result plays out with some gloriously over the top visuals that include one-handed diving catches, bone-jarring tackles and enough taunting and celebrating to send the NFL into an unprecedented fining spree.

Because each game is over in just a few minutes, Boom Boom Football can easily be played in bite-sized chunks. the downside to that is that it’s easy to run through your supply of energy (for the Boom Boom Bowls in the single-player campaign) or tickets (for daily leagues and events) very quickly. The premium currency you can use to buy more can be earned through gameplay, so it’s not all bad on the monetization front, but it’s still a bummer that you need to worry about your game limit so quickly.

(As an aside, there are no types of games that cost just one ticket, which strikes me as a small but strange design choice.) 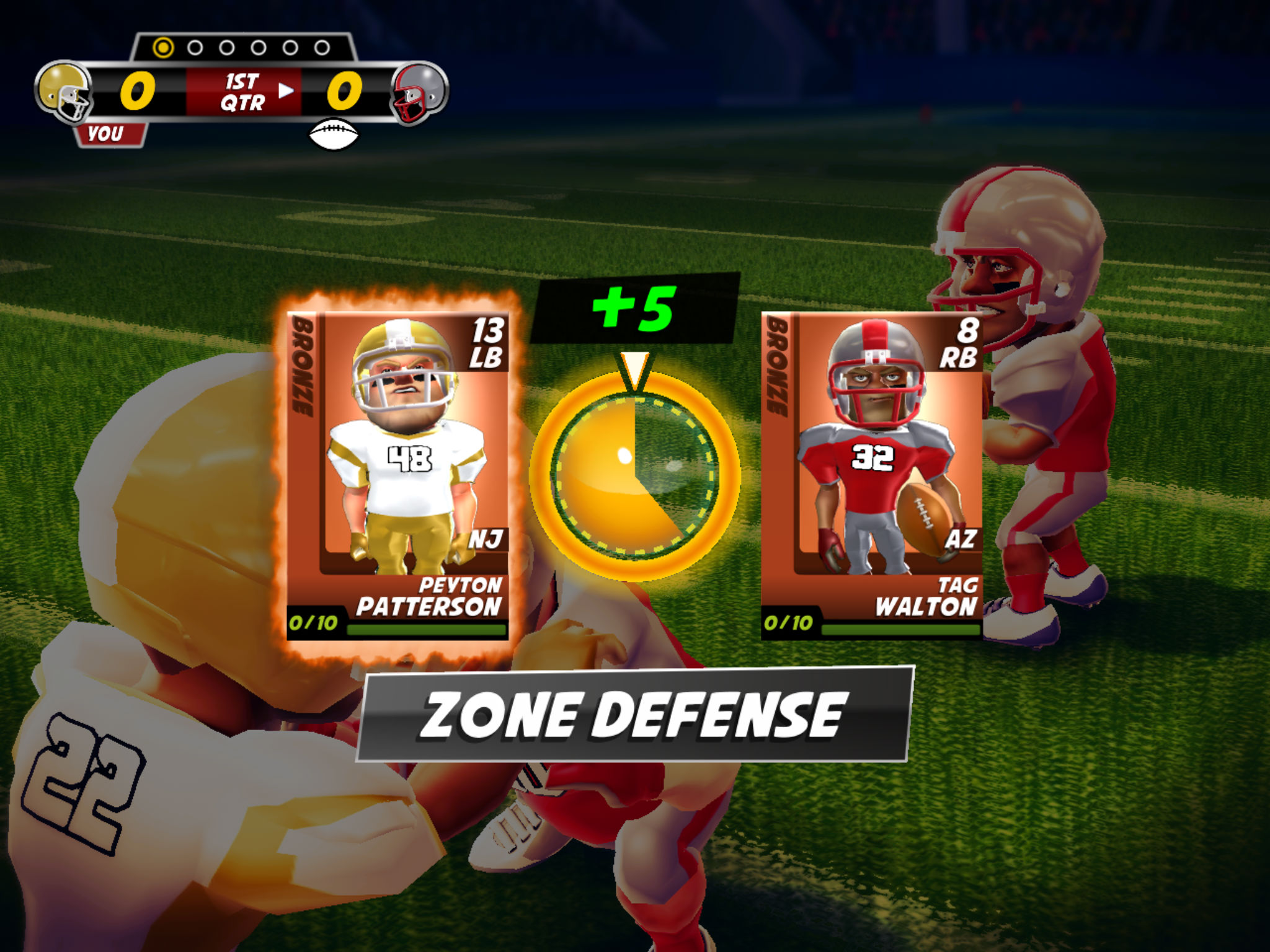 Saving enough premium currency allows you to open packs of cards with guaranteed higher tier players, and you get a bonus pack of more pedestrian athletes every four hours. You’ll mostly use those to level up or evolve the guys in your starting lineup, and the system for doing so is simple and pretty self-explanatory.

Once you’ve built up a super team and seen all of the amusing animations over and over, will Boom Boom Football still offer enough to hold your interest? That’s a question that can only be answered in the long term, but there’s no doubt that it’s a refreshing change from the norm. Thanks, Hothead, for figuring out something different to do with a football game. Even if it only keeps me hooked for a few weeks, it was worth the effort.