Bonds of the Skies Review 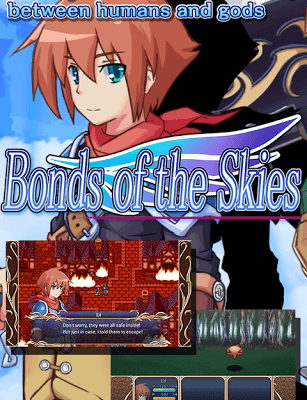 Bonds of the Skies has the tools for success, but fails to utilize most of them.

If you had an imaginary friend as a child, you may understand the frustration of others not sharing that same imagination. Now, what if those imaginary friends were real, were gods, and only you could see them? That’s the premise behind Bonds of the Skies, Kemco’s newest Android RPG. It provides a story about the relationship between humans and gods, and wraps it up in a traditional turn-based RPG.

Bonds of the Skies starts off with a story about the Grimoas, the gods of the world. The narrative gives a brief history of these four beings, and explains how all but one were able to have a child. This is a dead giveaway for building the plot and creating an antagonist, and its bluntness sets the tone for the story. Once the narrative is over, the game shifts to Eil, the main character. The story begins with classic RPG clichés: teenage male protagonist whose city catches fire, and who must then set out to save the world. Finally, Eil is joined by one of the Grimoas, taking the form of a dragon only he can see. 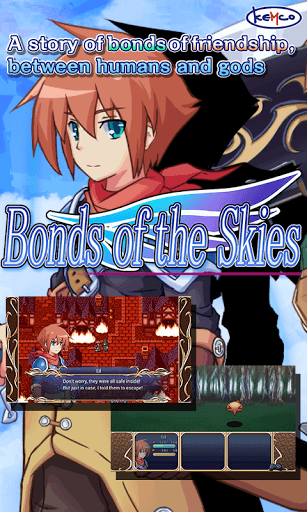 The pacing of the story can feel a bit rushed at times, especially early on, but once other characters and Grimoas join the party, it starts to slow down. The story that accompanies the adventure isn’t anything special, but it holds its own and doesn’t fall back on too many clichés; although it comes close. Unfortunately, the characters don’t do much to carry the story, either. Neither the humans nor the Grimoas feel like compelling individuals, and their personalities all seem rather empty. None of the characters blatantly hurt the experience, but they are all easily forgettable.

That forgetfulness carries through to the gameplay as well. Bonds of the Skies, like many Kemco-developed titles, takes a page out of the classic RPGs of the past. Navigating around the map and menus works as one would expect, allowing either point-and-click controls or on-screen buttons. Both methods work well, but lack a bit of precision. Menu navigation feels a bit slow, but the layout is easy to understand, so newcomers and veterans alike should have no problem. 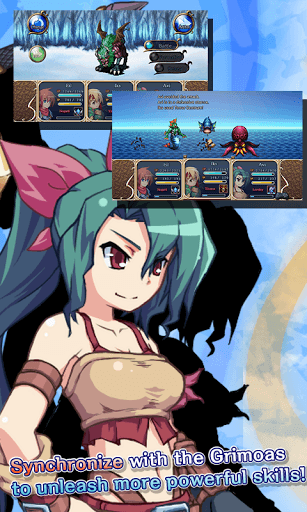 Of course, battles are where RPGs are made or broken. On that end, Bonds of the Skies is rather bland. The first-person turn-based battle system is simple and familiar. Battles essentially take place on a two-by-three grid where the party is on the bottom and enemies are on the top. How the party lines up with enemies determines damage output and damage taken. Most of the RPG mainstays are present, such as attacking, using skills, and managing health and skill points. Also used are the Grimoas, who can synchronize with party members to give boosts to abilities.

The battle system is straightforward and easily accessible for players of all levels. There are certain elements that add levels of depth, such as formation and skills. As characters and Grimoas level up, they learn new skills that can be set in the skill menu. Skills range from magic, to status effects, to passive ability modifiers. Characters have a set amount of skills they can equip, as well as a limit to how many points can be allocated to skills. This allows extensive character customization so that two players are unlikely to use the exact same build. 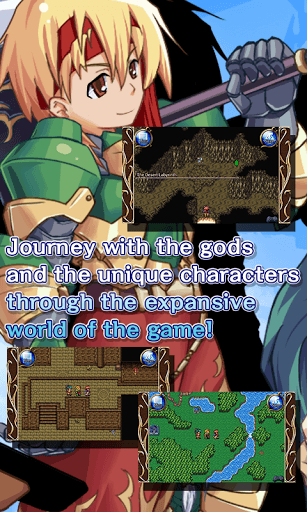 Bonds of the Skies is hardly a groundbreaking experience, but it’s another solid entry to Kemco’s Android RPG lineup. Many of the game’s elements are lackluster and forgetful. The characters and story are bland, the music is hardly noticeable, and the battle system is all too familiar. That said, there’s plenty of depth to the gameplay and players are given the options to make the experience their own. Bonds of the Skies won’t wow most players, but RPG fans will find it to be a welcome addition to their collection.