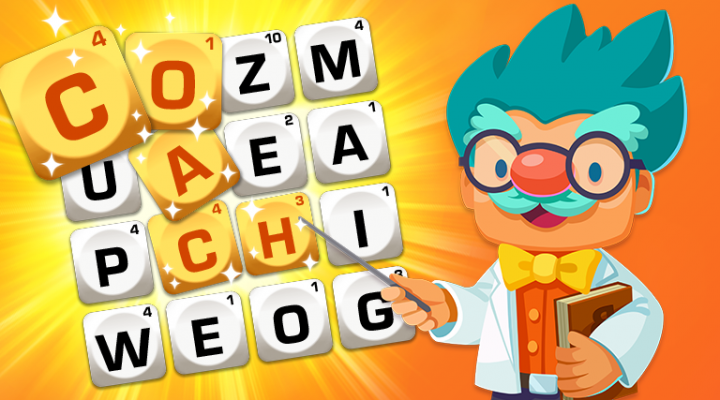 Ads don't always allow you to X out, sometimes crash the game.

Boggle With Friends look appealing, but are you finding yourself a little short on friends? Don’t worry – despite what the name suggests, it’s still possible to have a lot of fun in Boggle With Friends even if there isn’t anyone in your immediate circle playing.

It’s clear that Zynga, the company behind Boggle With Friends, is hoping for you to invite friends to play – you have to link the game to your Facebook or email to be able to play – but with Boggle With Words’ Smart Match system and bundles of tournaments to enter it can be more fun flying solo. Sure you might want to prove to yourself that you’re smarter than your boss or cousin Brain, but do you really want to deal with that fallout?

If you’re a fan of Boggle and the social versions of the game specifically, you’re likely going to find Boggle With Friends an enjoyable but unremarkable experience. The user interface is clean and crisp. The stats are thoughtfully compiled. The game features the classic Boggle lettering, layout and a slightly modified version of the rules – two-letter words are allowed here so ‘do’, ‘re’, ‘me’, ‘fa’ and ‘so’ to your heart’s content.

Overall, it feels remarkably similar to Word Streak With Friends, which is unsurprising given that the two games were developed by the same company. In fact, if you’re an active Word Streak player, signing into Boggle With Friends with the same account will automatically import your stats and game information from Word Streak making the transition seamless. In particular, the extra information will help Smart Match work smarter faster so you’re getting better matches right out of the gate. Just be aware that connecting Boggle With Friends to your Facebook account will also activate Word Streak in Facebook in case you are concerned with cross-platform interaction. 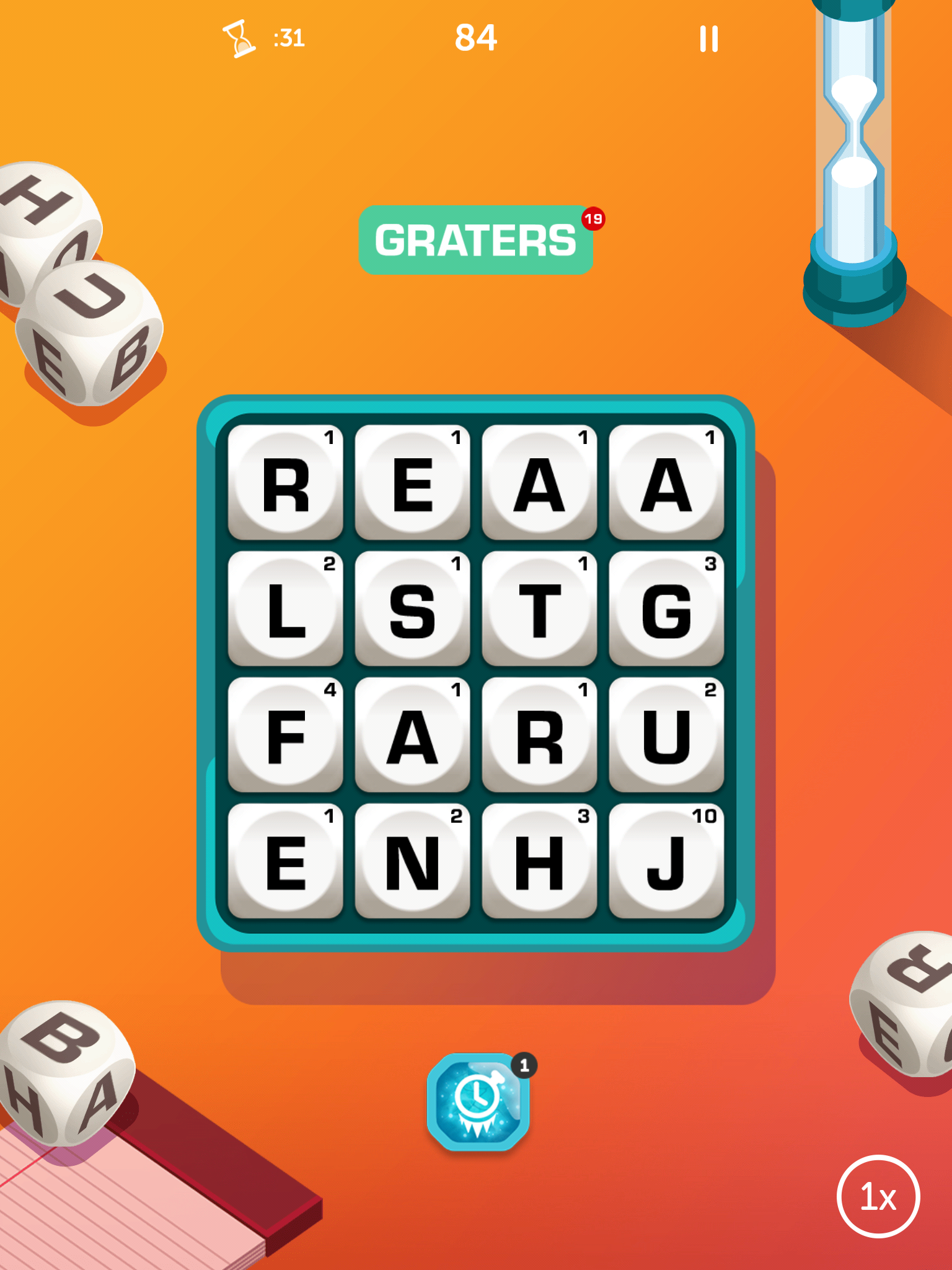 One of the main features of the game that is likely to stir up mixed emotions among Boggle diehards is the use of power-ups. There are two types of power-ups. Small power-ups confer slight, but significant, advantages to those using them. Freeze temporarily stops the clock. Inspiration will give you three hints to help you find words you haven’t yet uncovered. Spin shakes the board so you can see things differently. Vision provides you with a few words you haven’t found yet to try to go after. They can all help you get ahead, but often aren’t make or break. 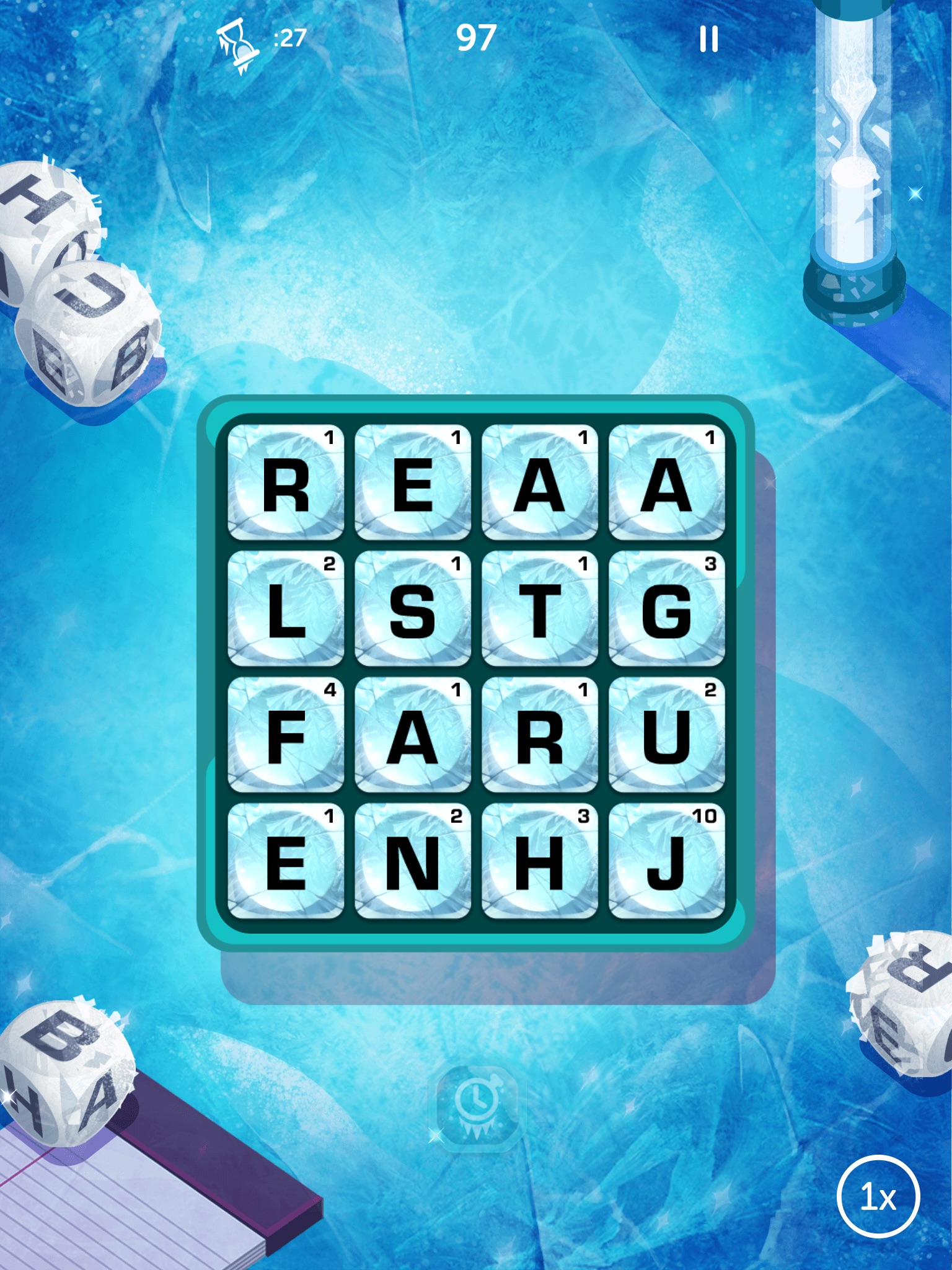 Boggle With Friends also offers two ‘mega’ power-ups: mega freeze and mega inspire. Occasionally you’ll receive one of these power-ups through in-game activity, though stumbling upon them is rare and so they really are more of an in-app purchase – and one that doesn’t exactly come cheap.

The advantages conferred by these mega power-ups are enormous. Mega freeze stops the clock for one minute (50% of game time) while mega inspire handholds you through eight of the highest scoring words available on the board. If you’re using one of them but your opponent isn’t, it’s really hard (though not impossible) to lose. 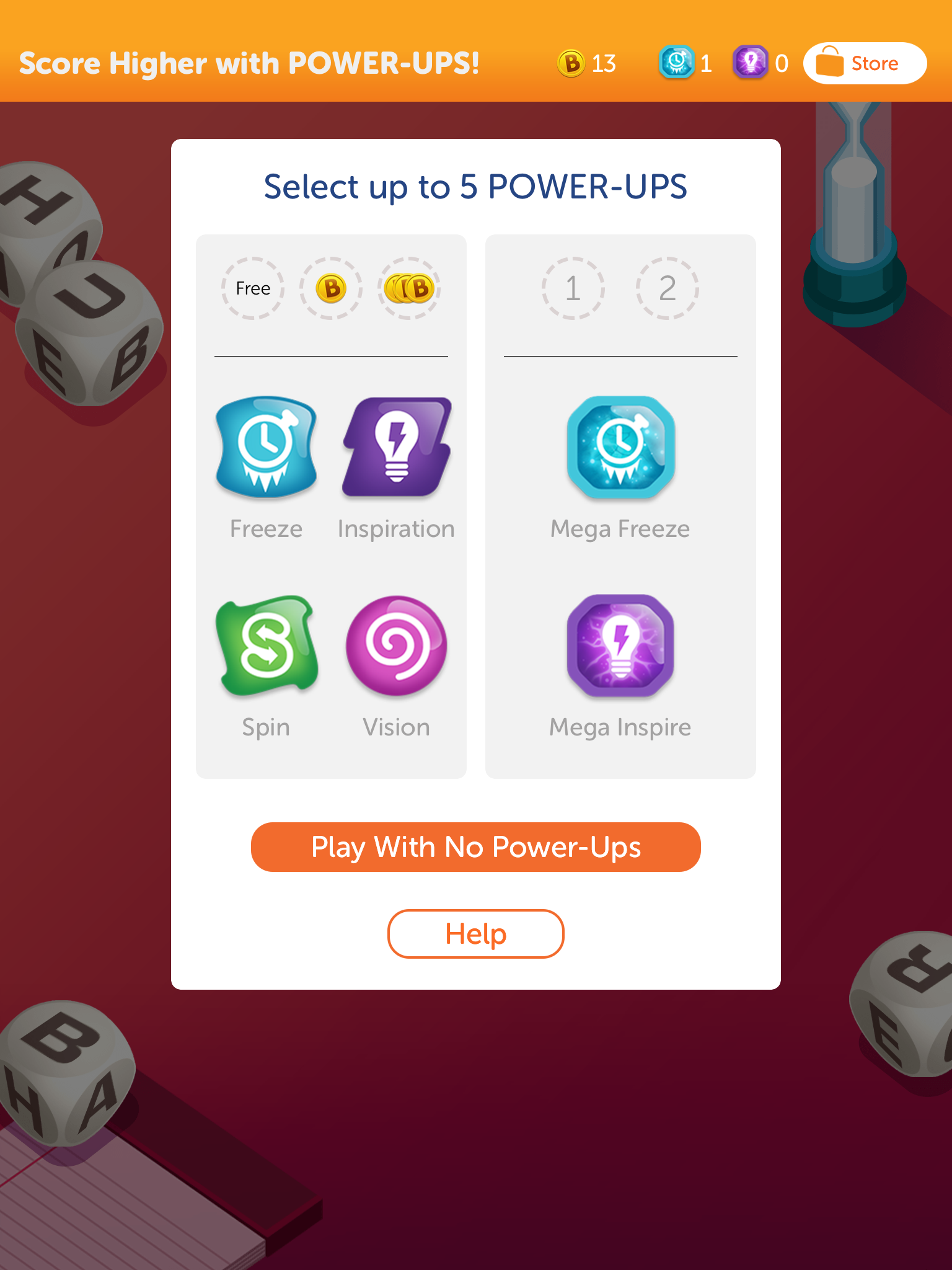 While theoretically if you’re a weaker player, even a mega freeze won’t keep you safe from a Boggle grandmaster (though if you’re using the game’s matching algorithm the odds of finding yourself in that situation are slim to none). As a result, it’s possible to understand where some players have voiced concerns about ‘pay to play’.

For the most part, if you’re playing lots of matches, actively engaged in tournaments, etc. it won’t be a major issue. You’ll still probably come out fine in the end because you won’t be running into a mega power-up every single match. However, it’s a different kind of ‘fair and square’ that won’t gel with everyone. Yet, at the same time, this is becoming a more common part of the mass casual game landscape, so it isn’t as though Boggle With Friends is way out of line with its competitors. 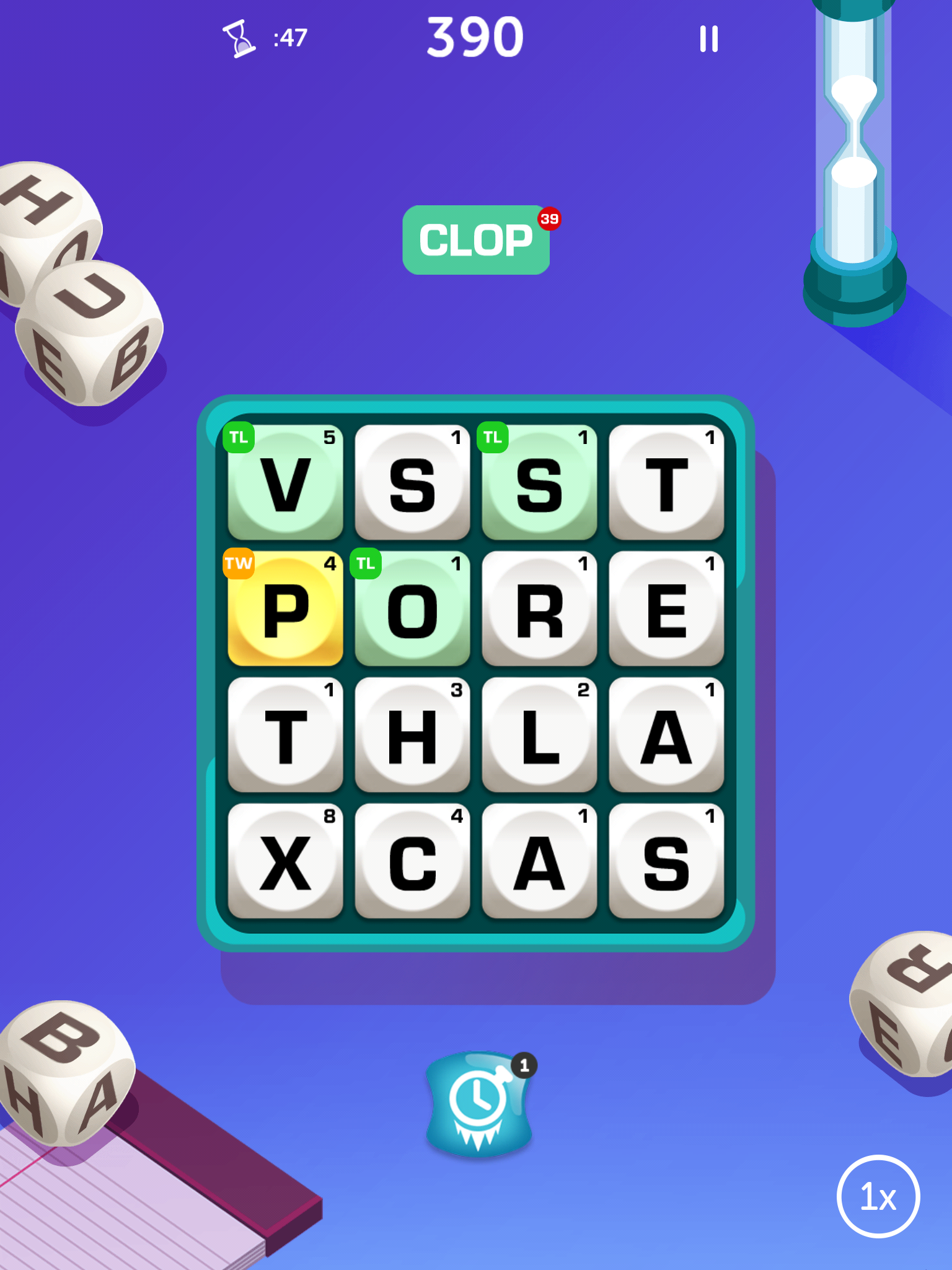 Overall Boggle With Friends is a more seamlessly social take on an old classic with a few twists that will be either adored or reviled. If you’re a fan of social word games, this will probably be one you enjoy. If you’re looking for something fresh and different or need to be convinced of the merits of the genre, this is one you might want to pass on.