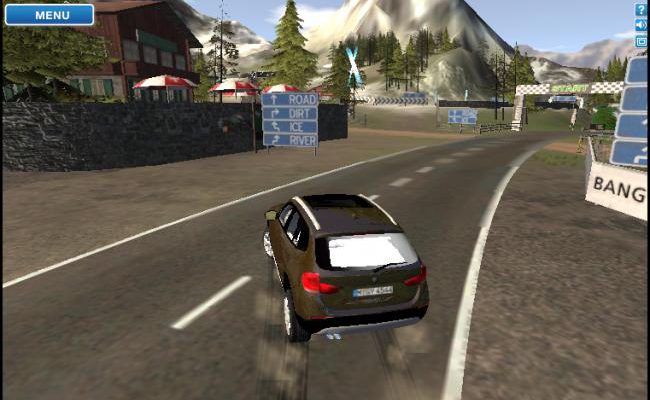 It may be an ad, but BMW xDrive Challenge is still a fun open world racer

It’s not uncommon for non-game developers to create games for Facebook in order to promote something, and BMW is the latest to take to this endeavor with BMW xDrive Challenge. A 3D racing title built in Unity, it’s not the most extravagant game, but is still of a surprising level of quality for a Facebook racer. Complete with global and friend-based challenges, it’s not a game that will keep one’s attention for long, but can be entertaining in the short term. In fact, the only real issue is a few oversensitive controls.

Though it’s not quite the same as racing a Lamborghini down a European highway, you still get to choose from four BMW cars that are nice in their own right. Set in an open world map, you are capable of exploring different types of tracks that range from basic curves and paved roads, to hairpin turns and hazardous weather conditions. Regardless of environment, the general driving actually handles fairly well, differentiating itself in each setting. It’s obviously no Gran Turismo, but works acceptably well. 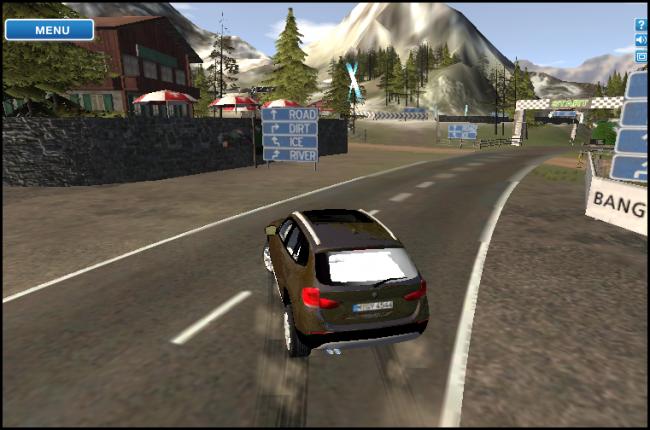 While driving upstream through a river at top speed is capable of sending you careening into a wall if you’re not careful, such is to be expected. However, the game’s handling doesn’t always play into expectations with its incorrigibly oversensitive hand brake. Like virtually all modern racing games nowadays, you can hold a hand break to drift around corners, but the big problem with BMW xDrive is that one simple tap (just one) will send the car into a full u-turn, then fishtailing every which way upon coming out of it. Drifting is meant to allow players to make a turn faster, not send them headlong into a wall whenever the hand break is glanced at.

Where the game tends to redeem itself is with the open world design. In terms of the former, there is no disjointed list of race tracks, but a small country town in which you can drive around and explore. Scattered around this area are a set of different tracks that will initiate races upon driving on to them. They vary from icy mountain tops to river strewn valleys, which is a likely attempt to promote how BMWs can drive in any environment. Regardless, while the spectacle is not that of a console game, it’s surprisingly enjoyable and gives a good sense of exploration and variety.

As you drive through the xDrive realm, fuel will slowly be consumed and damage done for every time you run into something (which will likely be a lot). These can be refilled at the noted town for credits that are earned via challenging friends. 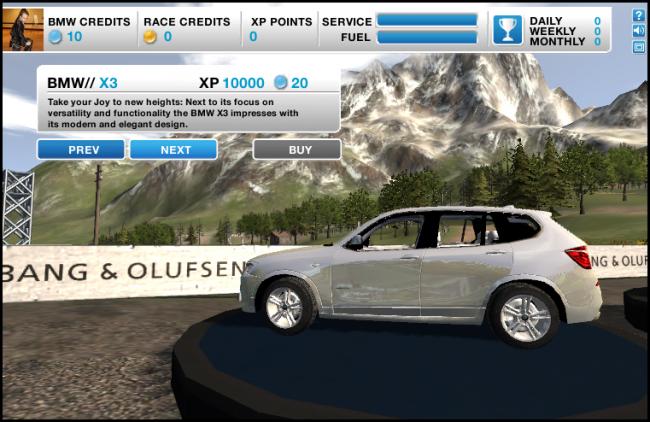 Challenges are all done asynchronously, but as you race, you’ll be able to see the ghost version of challenger cars race around the track. As it stands, they run the track at whatever the fastest time of their respective user is. Moreover, with up to three people being able to be challenged, it adds a little bit more to the style of the game when you can actually see other vehicles on the road (unlike many other Facebook racing apps). Upon finishing a race, credits will then be earned based on your performance.

Early on in the game, it is going to be a bit difficult for you to do terribly well in any of the challenges though. That’s simply because you’ll have to earn the newer and better BMW vehicles in addition to mastering the controls. That said, it is possible to just cruise around the world and its different race tracks at your own leisure, exploring what they have to offer.

BMW xDrive Challenge is a fairly entertaining game, but you’ll probably consume its content rather quickly unless you’re a big fan of asynchronous multiplayer. The controls handle decently, with the one exception being the hand break, and the more open world design of the app is a welcome stylistic choice.