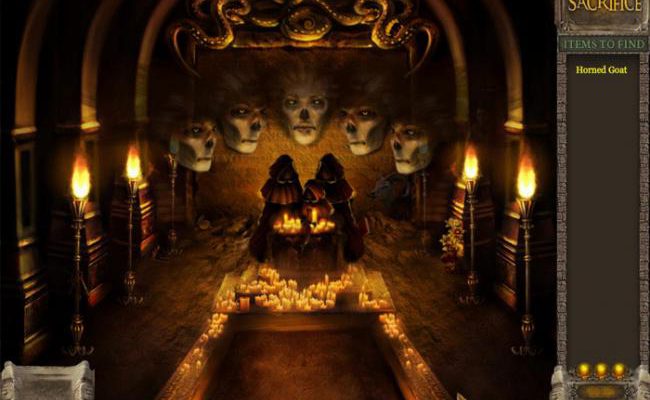 A beautiful, if baffling, dark tale of cults and black magic.

Hidden object games typically fall into one of two categories: those that spin out a story, and those that simply want you to find things. Blood of the Fallen: Anna’s Sacrifice is one of the former, but you’ll enjoy it much more if you treat it like one of the latter. Its object hunts are gorgeous and creative, but its story is pure gibberish.

As the title implies, the game concerns Anna, who publishes her father’s memoirs despite his plea that his stories were only for her ears. After his untimely and suspicious death, Anna begins to suspect that his tales about a cult might not be fiction after all, and sets off on a trek around the globe to try and learn the truth. 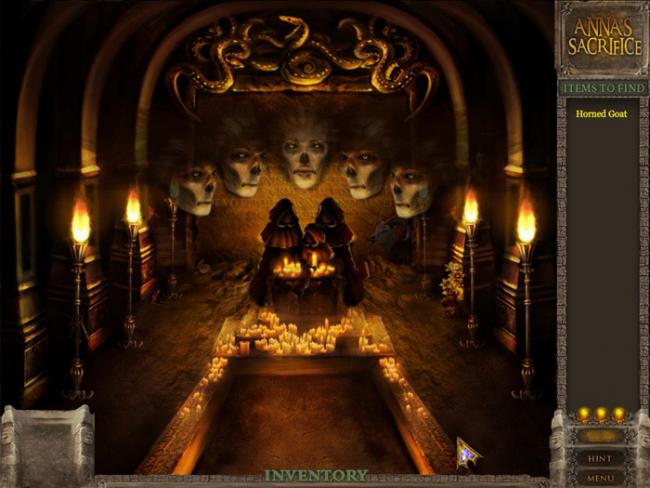 That’s about the last point the game’s plot makes any sense. Anna visits various medicine men and shaman to seek answers, but we never really understand how she knows where to go or why she’s doing what she’s doing. One minute you’re in Russia, then next you’re building a hut for a shaman in the jungle because “if it’s wet, they’ll stay resolute.” Granted, wise men are supposed to have a certain air of mystery about them, but this isn’t so much mysterious as is it completely baffling and nonsensical.

If you can sort of shove the plot’s non-sequiturs over to the side and just enjoy the object searches, you’ll undoubtedly enjoy yourself much more. You’ll have to find items off a list, but you’ll also have to find objects based on their pictures or suggestive descriptions. The “fireman elephant” is the one having a nice splash in the river, for example. Occasionally, Anna will whip out her camera and take pictures of certain portions of a scene, such as the “silent witness” to a brutal attack (an owl), and while a camera’s viewfinder doesn’t function any different than a cursor, you feel like you’re being asked to perform a new task. It’s a simple way to add variety to the searches, and it works very well. 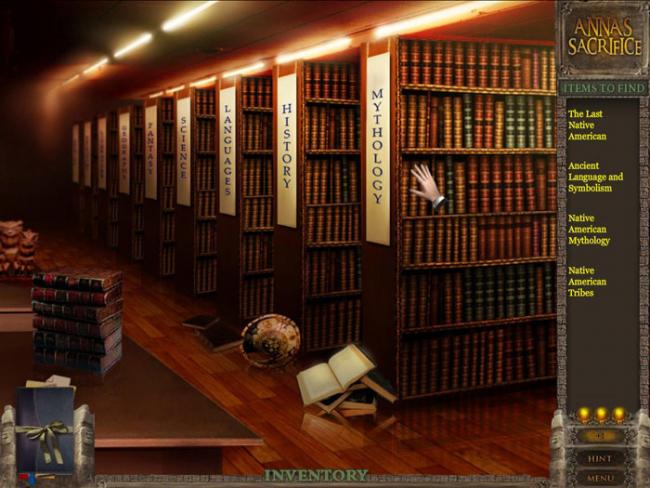 The one issue I had with the item searches was that some of the hidden objects were quite small, and blended into the background just a bit too well. The game often has you finding single letters – A, B, C – which easily got lost amongst the other scenery. Some players will undoubtedly see that as a welcome challenge, though others may just find it annoying. You have rechargeable hints at your disposal, but oddly are limited to three at a time. When you use one, it begins recharging slowly, so all you really need to do is wait. I suppose it’s meant to inspire the player to use their hints wisely, but in practice it just feels like a strange decision.

Because the story of Anna’s Sacrifice is so poorly told, it’s not always clear exactly what you’re supposed to be doing. In one case, I had to find the “mirrored elements” in a scene, which I took to meant objects that had been mirrored somewhere in the environment, but it actually meant bits of mirror. The confusion is never game-stopping, but it does emphasize how you’re just along for the ride. In most games, you’re meant to feel like the driving force moving everything forward, but here you’re just doing Anna’s dirty work and following along when she beckons. 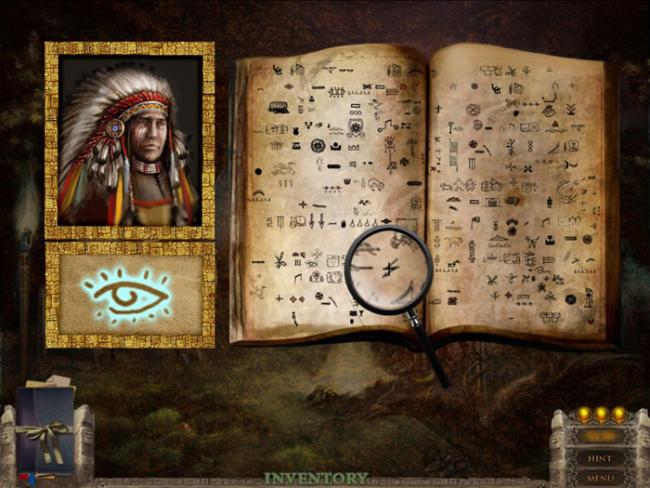 Anna’s Sacrifice dabbles with other types of gameplay, with mixed results. Using clues to adjust a room so that a secret door opens? Fun. Figuring out the proper order to grind leaves to make a potion? Fun. Clicking on “blood drinkers” when they meander towards you out of a coffin? Not so fun. But, like all of the gameplay in Anna’s Sacrifice, even when the minigames don’t entirely succeed, they are at least trying – more than can be said of games that fall back on the same old tired minigames we’ve played a hundred times already.

Bloodline of the Fallen: Anna’s Sacrifice has some genuinely good ideas in it and is very easy on the eyes. If you don’t mind being nonplussed by the plot, you’ll appreciate its creativity and variety.