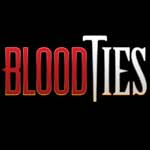 Vicki Nelson is an ex-cop turned private investigator whose eyesight is failing; Henry Fitzroy is a 450-year-old vampire and the illegitimate son of King Henry VIII. Together they’re crime fighting’s odd couple, investigating unique cases that involve zombies, ghosts and demons. You’ll get to step into Vicki and Henry’s shoes In Blood Ties, a hidden object game based on the Blood Ties TV show (which in turn is based on Tanya Huff’s Blood Books).

The case you’ll be investigating involves the disappearance of all 14 members of a secret society called the Hellfire Club. But this is no simple case of mass kidnapping: each member of the club also carries an important fragment of a magical tablet that helps to keep a demon named Astaroth banished. If the tablet pieces aren’t reunited once a year the demon could break free, which makes it doubly important to track down the whereabouts of the members.

Got all that? Even though its plot is a bit murky, Blood Ties‘ gameplay is straightforward as far as hidden object games go. For people unfamiliar with how these types of games work, you’re given a scene cluttered with different objects and must look through them carefully and use your mouse to click on certain special objects that appear on a list – such as a ball, fish, hot dog, vase or candle. At the beginning of each level you receive a case file on the missing person giving you their photograph and a little bit of personal information. Typically you’ll visit between two and six different locations per level, looking for between 30 to 90 items.

If you’re stuck, you can use a hint to reveal the location of a hard-to-see item. Finding and clicking on special pentagram icons replenishes your hints stash. As with most hidden object games, clicking in the wrong place too often results in some time being knocked off the clock.

If you manage to find all items on the list within the generous time limit afforded, you’ll pass the level and move on. Presumably after you find all of the clues on your list the missing person is found somehow… the game never really makes that part clear. In fact, the story (or lack thereof) was one of the game’s major disappointments. Another was that there is actually very little interaction with Vicki, Henry and the other cast members of Blood Ties beyond the game using the likenesses of the actors that play the characters on the TV show. Some dialogue, still photos from the show, or even illustrations of some sort would have done wonders to flesh out the experience.

The TV show is set in Toronto, Canada but unfortunately the game version of Blood Ties makes no effort to recreate the city’s geography or landmarks accurately. The only indication we’re in Toronto at all is the fact that there’s a map of the downtown core in the background of the menu screen and the odd superficial object placed in a scene, like a crate with "Toronto" spray-painted on it, or a tiny Canadian flag. And for a story set in modern times, the scenes are strangely full of old things like rotary telephones, analog radios, floppy disks and giant clunky laptops.

While finding items like these is straightforward enough, some items are more ambiguously labelled and therefore harder to find. Often, words like "vase," "bottle," "bag" and "statue" can apply to many different items in the scene, but only one is the "right" one and it must be found by process of elimination.

To sum it up, Blood Ties is a run of the mill hidden object game that veterans of the genre will be able to finish in a couple of hours. However, people who prefer their hidden object games without mini-games or other diversions might appreciate the fact that Blood Ties offers a "pure" and uninterrupted seek-and-find experience. Fans might get a kick out of playing a video game based on their beloved TV show, but should keep in mind that they really won’t be seeing all that much of Vicki and Henry in it.