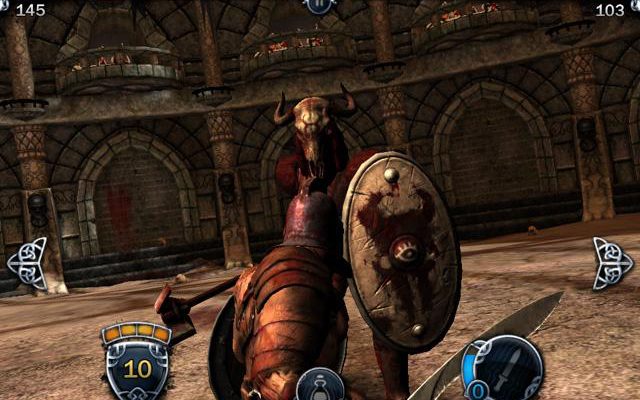 The term “freemium” is all too easily associated with simple click management games like FarmVille, CityVille, and the like. At the end of the day, freemium is really nothing more than an innovative pricing structure that lets players dabble in games at no cost, only spending money on the titles they really love. It’s a formula that can just as easily be applied to hardcore action titles as it can to the latest restaurant simulation. Glu seems to think so too, and they’re proving it with Blood & Glory – an Infinity Blade play-a-like that you can download for the low low price of free.

Set in the days of Roman death sports, players will take up the mantle of a promising young combatant in the gladiatorial arena. You’ll work their way from tournament to tournament, earning experience points and silver that can be traded in for stat boosts and new equipment respectively. Each tournament is broken up into five different matches, and you’ll need to survive all five if you want to win the title of Tournament Invictus.

If you’re not familiar with Blood & Glory‘s inspiration, let me get you up to speed. Player’s will be pitted against a larger, scarier gladiator that’s more than eager to dish out the attacks. You’ll want to dodge, parry, and block until you’ve managed to make the big oaf dizzy – and then it’s your turn to attack with a flurry of finger swipes. You can try to pull of special attacks by doing these in a particular order, but ultimately, the game is just a frenzy of well-timed finger swiping. 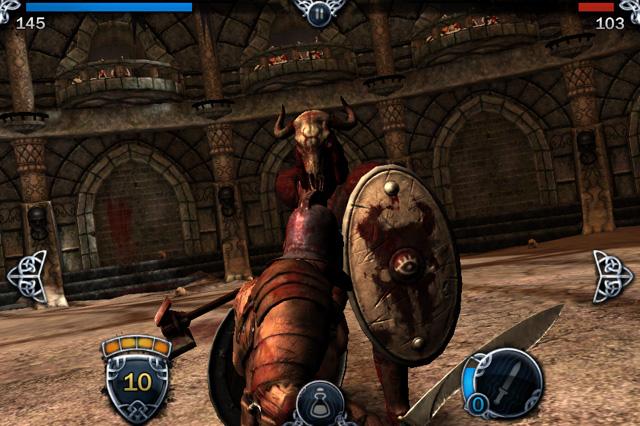 As you progress through the tournaments you’ll find yourself visiting the store more and more to upgrade your equipment and weapons. Different equipment will offer different advantages, like attack rating boosts, additional health points, increased crit percentage, and more. The difficulty ramps up at a fairly quick pace, so as you win tournaments by the skin of your teeth you’ll eagerly run to the store to get whatever you can before the next challenge rises.

Blood & Glory is a game that’s exceptionally well-balanced in its freemium approach. Rather than doing something expected, like forcing you to spend “energy points” to enter a tournament or retry a fight, you can play for as long as you want. The catch is that your health will need to last you through an entire tournament. So you can fight well, survive to the end, and become the champion, or stumble terribly in the first match and have little to no health to get through the remaining four. When this happens you can either use a health potion (which you can buy with premium currency), restart the fight, or restart the tournament.

You’re also given the option to buy premium currency to get certain items and equipment, like potions or top notch threads.

The only thing that really seems to be missing from the package is some sort of multiplayer mode. Still, multiplayer in a game like this is somewhat difficult to pull off, so we can’t say we blame them for leaving it out – at least at launch. 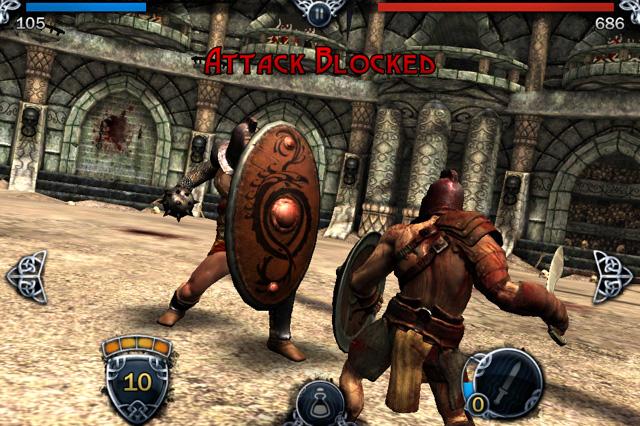 Blood & Glory is something of a visual knockout as well. The game was developed using the Unity engine, proving that it can easily go toe-to-tie with the graphical output of Unreal. This is one of the best looking iOS games we’ve seen in quite some time, and we love the thought of seeing more games that look this good coming out of Glu.

It may not be the most original game on the market, but Blood & Glory is plenty of fun, and takes a huge step forward in defying our pre-conceived notions about what freemium gaming can be. Glu is one of the few companies out there that’s willing to push the concept of mobile freemium gaming into bold new directions, and it’s hard to not respect them for that. Come on, you anti-freemium snobs out there. It doesn’t cost a thing to try – what do you have to lose?