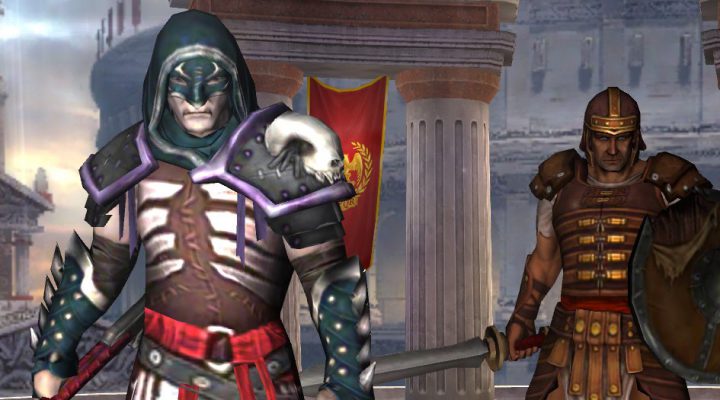 Not an Infinity Blade clone, so that's new.

Fun boss battles and plenty of loot to collect.

You WILL run into an advancement wall at some point.

Teases with the makings of an interesting story, then drops it.

If you’ll excuse me mangling Monty Python, Glu must have figured it was time for something completely different with Blood & Glory: Immortals, yet familiar at the same time. Moving away from the Infinity Blade-style gameplay of its predecessors, Immortals is an action RPG featuring tons of loot, some huge boss battles and a tiny bit of MMORPG flavor as well. It might not live forever, but it’s a decent enough way to spend some time hacking and slashing enemies right now.

The seeds of a good story are planted somewhere in this game, though it doesn’t appear to be too interested in doing more than using the concept of the gods getting angry about the rise of the Roman Empire as a backdrop for the action. That’s just fine, as you get to pick from one of three classes — Warlock, Gladiator and Barbaress — and get right down to the business of dispatching tons of enemies. The Warlock and Gladiator are melee fighters, while the Barbaress dual-wields axes that she hurls from range. All three characters have their own sets of special abilities, and you can switch between them at any time. 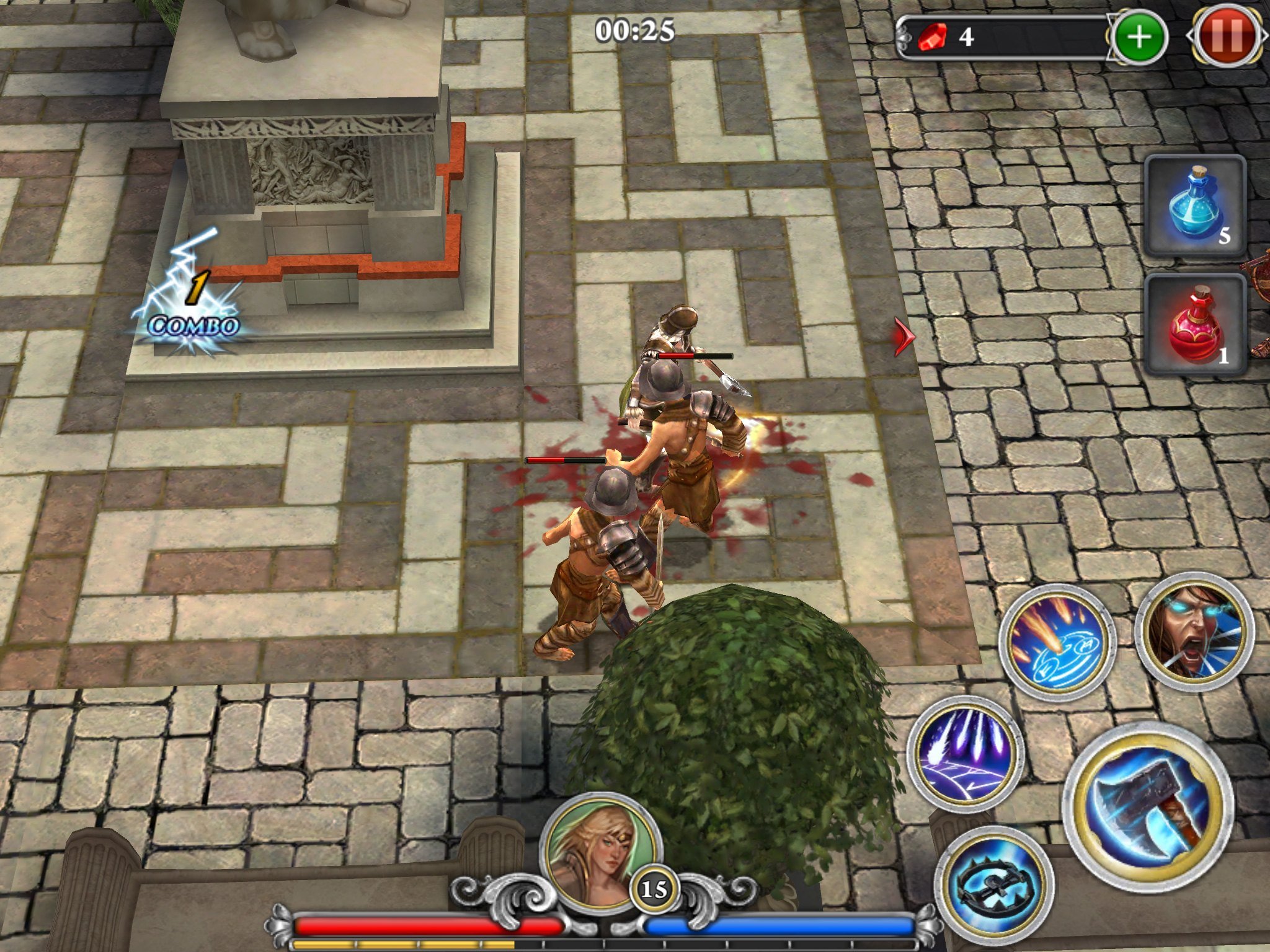 Inside each dungeon-diving quest, your job is to battle your way to the end as quickly as possible, earning better rewards the faster you finish. Levels are linear, so you don’t have to worry about getting lost, and your progress will periodically be blocked by impenetrable barriers that let you know you still haven’t defeated all the nearby enemies. There are crates, pots and the occasional treasure chest along the way, but remember, you’re on the clock. The controls are workable, which is perhaps the nicest thing I’ve ever said about any system that utilizes a virtual thumbstick. This one can be used in any part of the left side of your screen, with attack and ability buttons in the lower-right corner.

Boss battles are my favorite parts, as the game throws very large enemies at you with distinct attacks and patterns you’ve got to figure out. If you have trouble beating one, it might be because you ignored the recommended Gear Score for that level. As mentioned above, loot makes this game go ’round, with plenty of weapons, armor and accessories from which to choose. All of your gear can be leveled up by fusing it with unwanted items, and max level equipment can be bumped up to a higher tier with the use of evolution ingredients that can be found as drops or purchased for premium currency.

You characters do change in appearance as you swap in other weapons and armor, but since there are only three classes, you’ll still find a lot of similar-looking folks running around in the multiplayer space between quests. Since you can access all of the things you’ll find in “town” simply by tapping a button, it’s not really clear why Glu though this MMO touch was necessary. Guilds can also be created and joined, but all those do is help you work toward collective goals during the periodic events.

The other thing that doesn’t sit so well is the forced grinding of previously cleared levels in order to secure a high enough Gear Score to continue advancing. I suppose it’s the trade-off for a monetization system that is fairly forgiving — you can earn premium currency during gameplay and by watching videos, albeit slowly — but even in several days of play for this review, I ran into a spot where my only choice was to go back through some of the levels multiple times, something I wasn’t sure I wanted to keep doing. 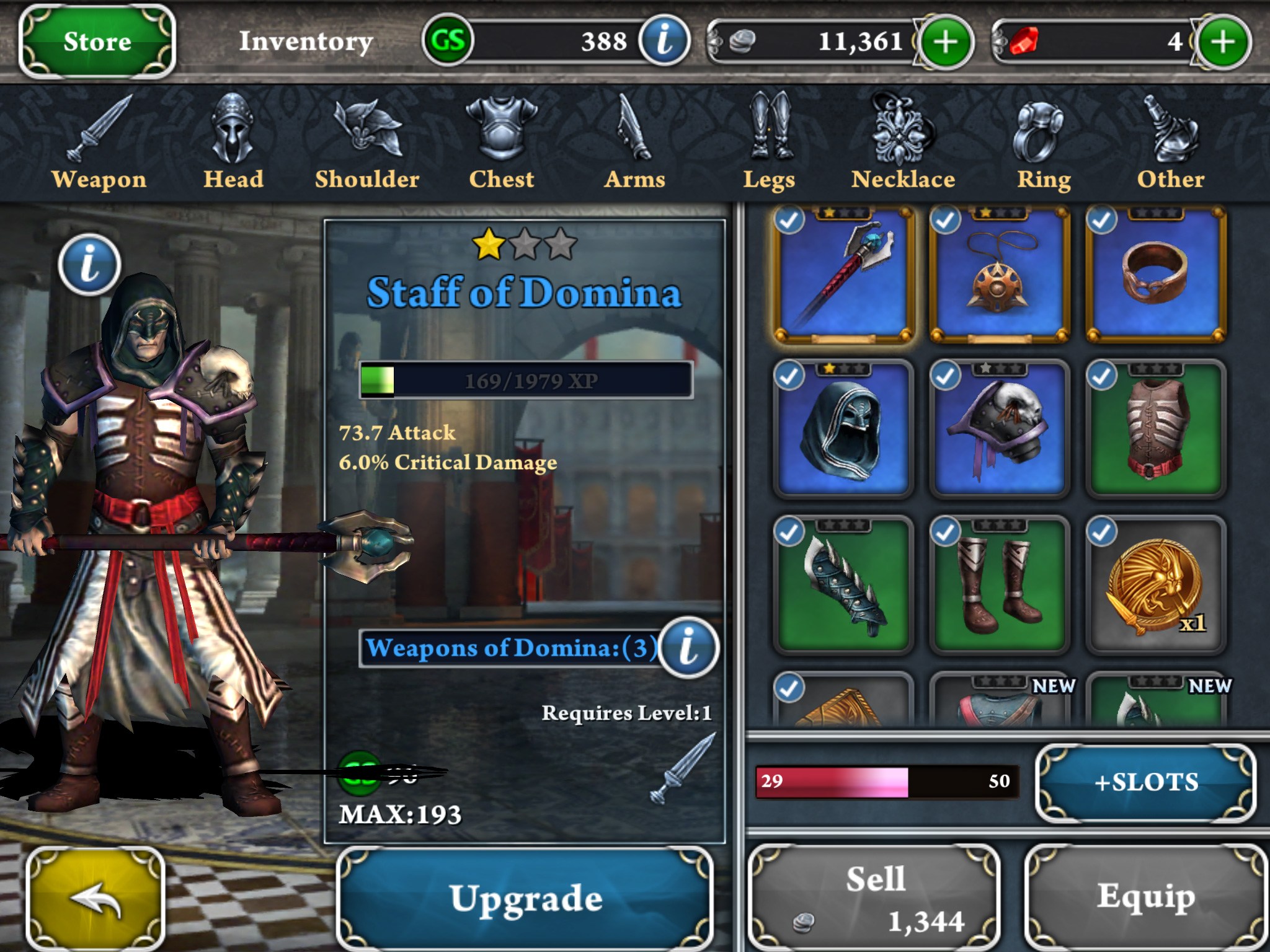 Some of the early user reviews have harped on the graphics, but I had no qualms there. Occasionally there were some funky bits with collision detection or specific animations, but overall, the look of the game works. The character models aren’t quite as detailed as in previous Blood & Glory games, but since this one is tackling a new genre, it’s not really an apples to apples comparison.

Though it might not be what fans of the previous Blood & Glory installments were expecting, Immortals isn’t bad at doing its own thing. If you’re in the mood to smash your way through waves of foes and go toe-to-toe with the gods themselves, this is an alright (and free) way to do it.