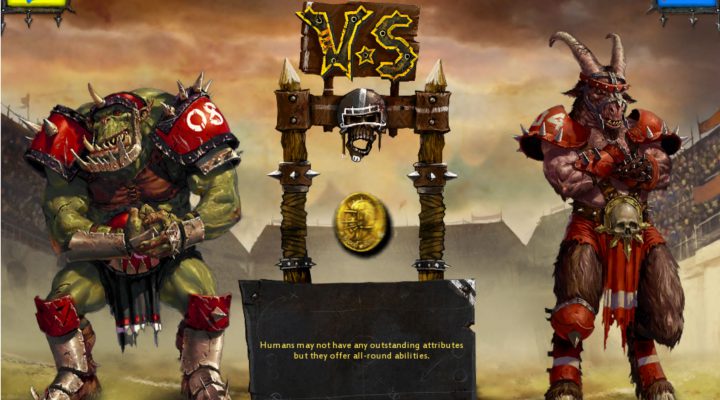 A very faithful mobile port of a good PC game.

Retained the PC version's bugs as well as its high points.

Timing is unfortunate with a PC sequel expected soon.

Setting aside my bias toward Games Workshop tabletop games, there’s something magical about the combination of American football (by Brits, no less!) and Warhammer fantasy mayhem that resulted in Blood Bowl. The last attempt to bring it to PC was pretty successful, and now Cyanide and Focus Home Interactive have ported that game to iOS and Android with all of its positive and negative aspects intact — but also right before a sequel is due to launch.

As an overview for the unfamiliar, Blood Bowl imagines football as it would have been had it been invented eons ago in the Warhammer fantasy universe. That means an amount of bloodshed that would make a certain pro football league wince if anyone tried to connect the two, along with magic spells, bribed officials and all kinds of other madness. Part of the genius is that the game in all its forms has always played these aspects for laughs, with heaping doses of black humor. 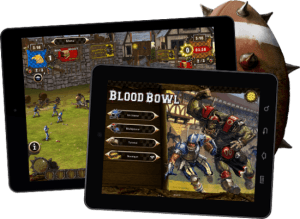 This mobile version allows players to take control of either Human or Orc teams in quick Single-Player matches, an ongoing Campaign mode or Multiplayer that includes both Hot Seat games and online leagues. the last of those modes is great since it’s truly cross-platform, allowing leagues to be formed with gamers participating on iPad, Android tablets or PC. One just wonders how much of that last group will still be in the player pool once Blood Bowl 2 arrives later this year.

It’s also curious that at a time when many PC-to-mobile ports have obvious work done to make at least some portions of the experience feel like they were created specifically for mobile, this one doesn’t. People familiar with the computer game will notice warts in the exact same places. Even the commentary, which has its moments but doesn’t have enough variety to avoid getting old once you’ve played about a dozen matches, comes over exactly as it was before. 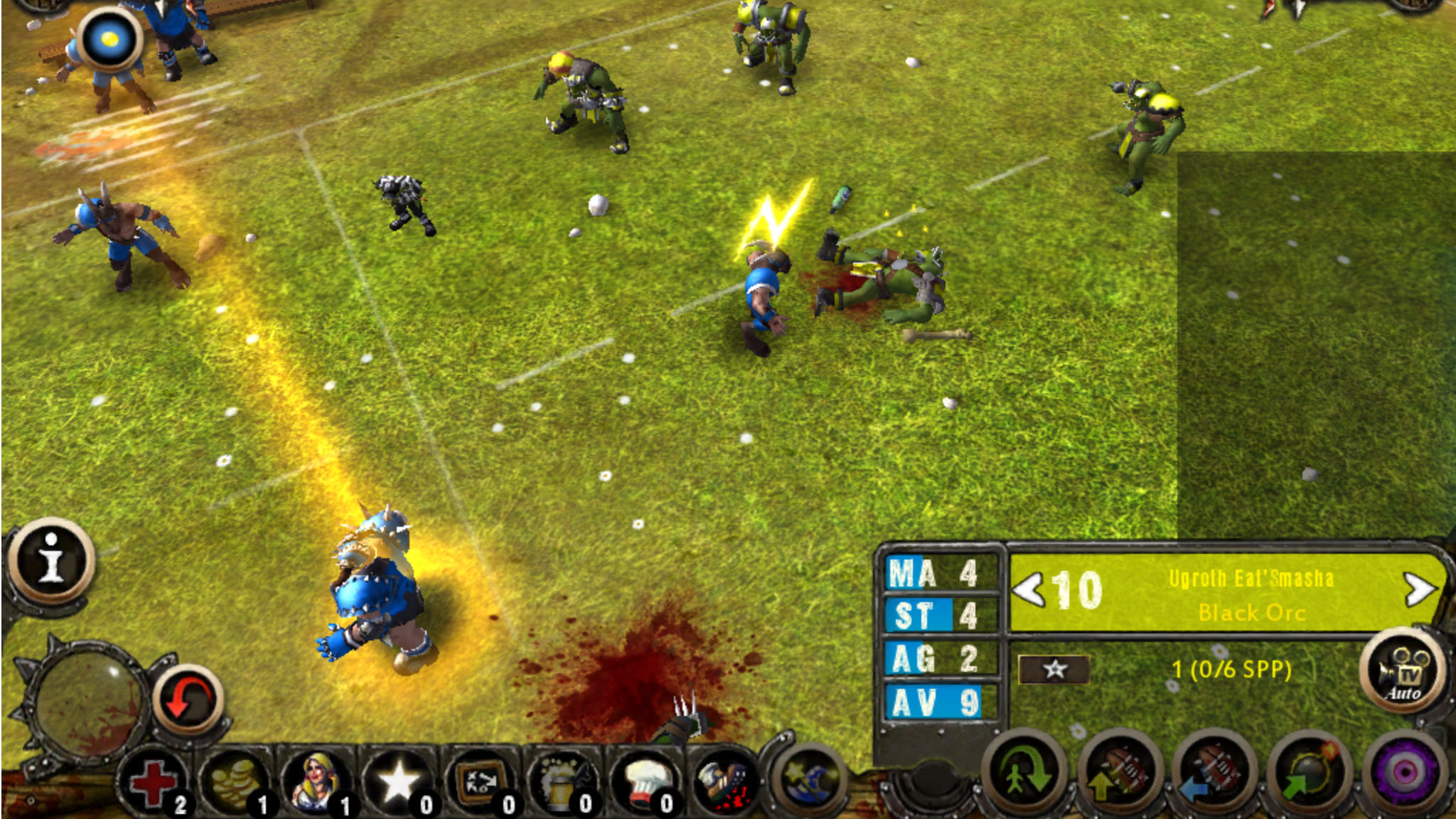 The one noticeable improvement is that the UI, while not too different, feels better on touchscreen than it ever did using a mouse. It’s very easy to get players to move exactly where you want when you’re tapping the squares with a finger, and you’ll have far fewer moments where you blunder into a wrong move. The action on the pitch also feels much smoother and faster, but that’s likely a reflection on the relative power of an iPad air versus the old laptop on which I played the PC game than anything else.

Newcomers are likely to be a little perplexed by the tutorial, which refers to a non-existent manual in places. Fortunately, Blood Bowl falls into the category of “easy to learn, difficult to master” games, where you can get by with just the basics and explore some of the more advanced options as you go. 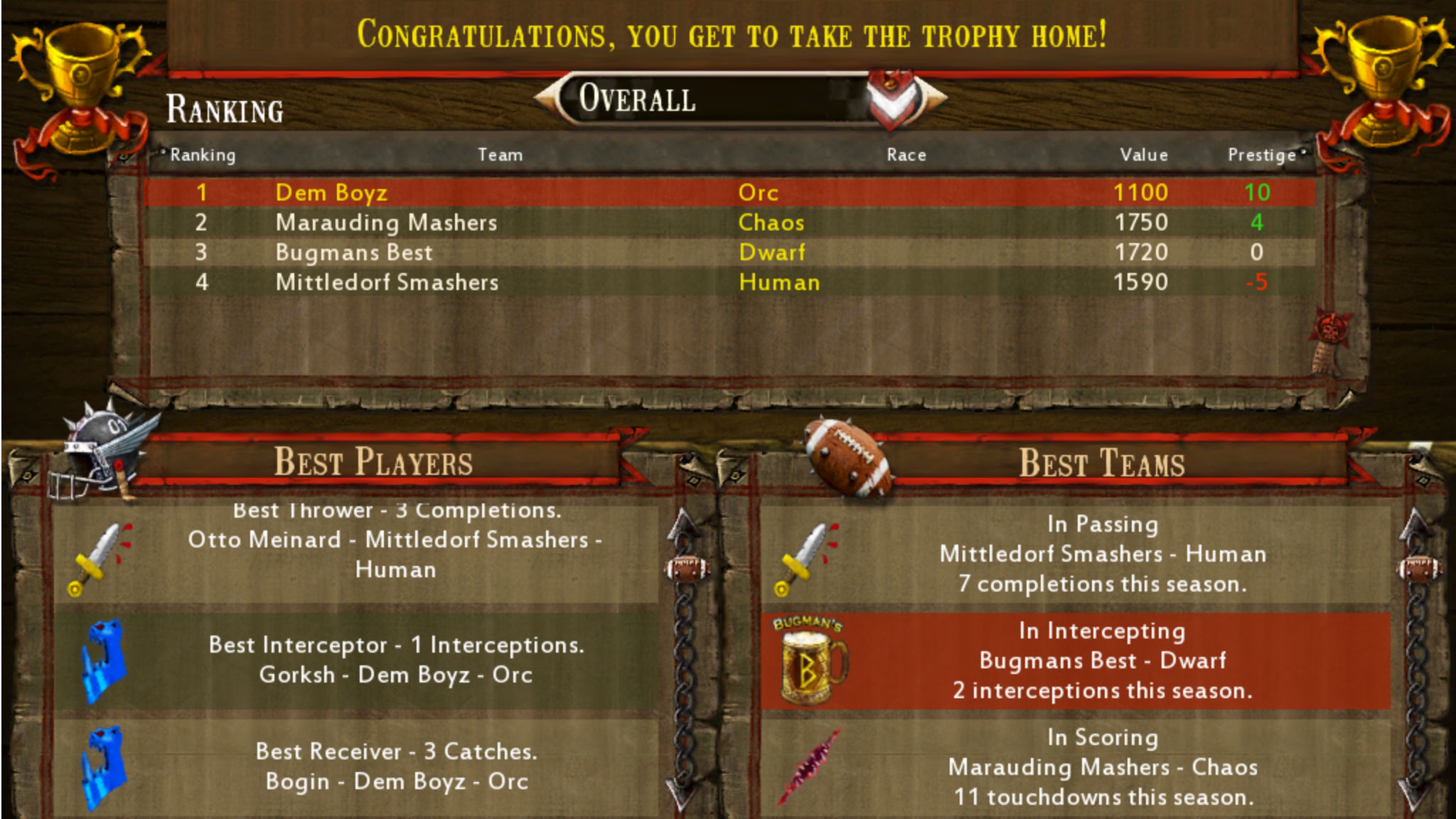 It would be nice to have access to all of the playable races instead of having to pay extra for all of them, but that goes down as a wash in my book since Skaven, Dwarf, Chaos and Wood Elf teams still are there as opponents in solo and Campaign play to contribute some welcome variety. The game itself isn’t all that expensive, so having the other races as add-ons allows players to determine their own individual levels of commitment.

The verdict here is that if you’ve always been intrigued by Blood Bowl and never had the experience of having a Troll throw a Goblin and the ball together into the end zone, this is probably the best gateway into that world that’s ever existed. For hardcore fans, it’s only going to serve as an appetizer until the next main course comes along in a few months.