Home / Reviews / Blood Bowl: Kerrunch Review – What Even is This?

Blood Bowl: Kerrunch Review – What Even is This? 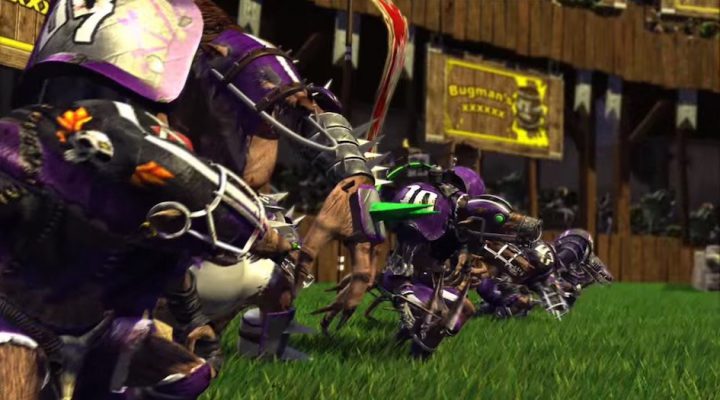 Character models when viewed in the Roster look pretty good

Training and upgrading players can be somewhat satisfying

A horrible mess of an interface

Does a terrible job of explaining anything

The original (I mean original original) Blood Bowl was a quirky but charming tabletop strategy football game set in the Warhammer universe, and that’s just as bizarre as it sounds. It was turned into an official video game back in 2009, and we even managed to get a tablet version last year, but they weren’t universally loved. That’s okay though, because now we’ve got Blood Bowl: Kerrunch to fill the free-to-play turn-based fantasy (as in Orcs and Elves) football gap that we didn’t know needed filling!

Yeah, it’s not particularly good, either. 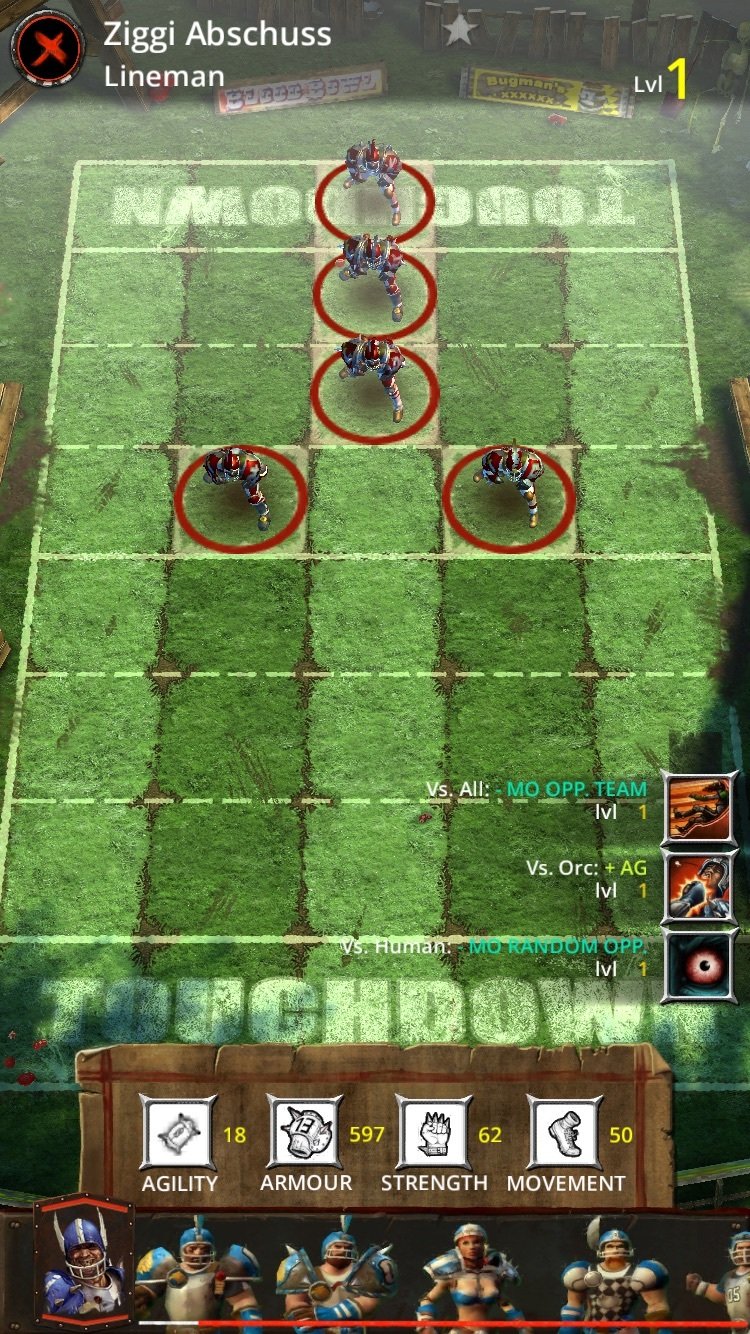 Right from the word “go” (or “hike,” if you prefer) Kerrunch has problems. The tutorial does a pretty poor job of explaining important things like what stats mean, there’s very little to actually do during a game, and the interface is – for lack of a better term – sloppy.

I’ve played more than my fair share of free mobile games over the years, and I know they tend to have pretty crowded and unintuitive menus, but wow is Kerrunch’s interface bad. It looks messy from the start but it’s also obnoxious to use with its clunky info boxes and poorly organized information. For example: 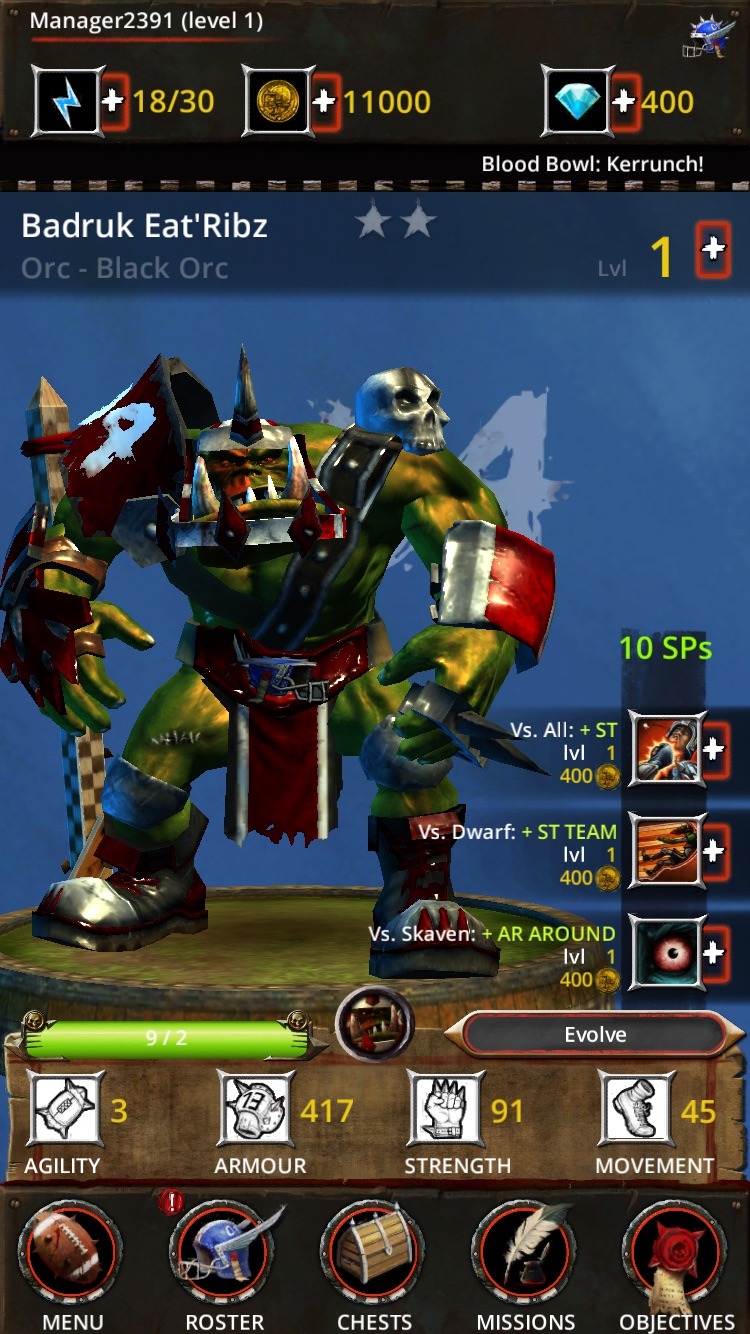 But enough about the awkward mess that is Kerrunch’s menus. At least playing it is entertaining enough to make up for the headache, right?

It’s incredibly simple and not at all exciting. You pretty much just look at the other team’s lineup and decide where to put your own players (usually linemen/blockers/blitzers up front, with a thrower in back and a catcher ready to dash through any available opening. Then you just wait for the catcher to make it to the opposing team’s end zone and toss them the ball. Some deviation is possible, and you can attempt running plays if you prefer by giving the ball to someone who isn’t a thrower, but it’s usually much easier just to recycle the same technique over and over. At least for a while.

It’s not the simplicity that bothers me so much as the lack of any real control. The players do their own thing for the most part while you just give them a tap every once in a while to make them run or pass. You can’t even strategically activate anyone’s special abilities since they’re all automatic. Most of the strategy from earlier versions of Blood Bowl is just gone. And it’s not even turn-based anymore. Once you set up your line and hit “go” everyone acts continuously, one step at a time, and you have to try and time your occasional taps right in order to have players do the thing you want them to do when you want them to do it. And having tutorial tips pop-up and completely throw off my timing doesn’t help, either. 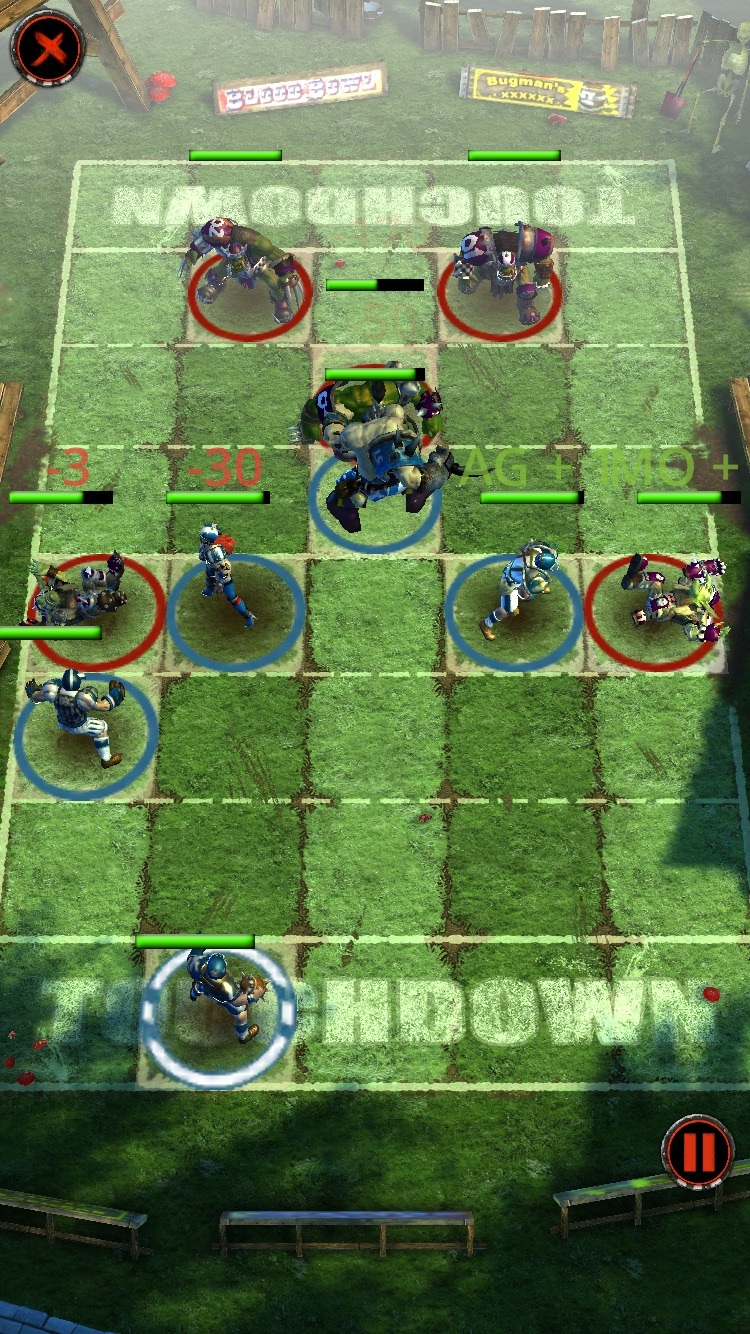 Kerrunch does have a couple of… well, not exactly redeeming factors, but it does have a few things that could be considered positives. The character models when viewed in the Roster are actually kind of impressive, with every single player looking at least a little unique to everyone else (some way more than others but it’s still a nice touch). I also have to admit that being able to train and upgrade favorite characters can be satisfying in its own way. It’s just a pity that everything else is so lacklustre.

Despite evidence to the contrary, I do want to like Blood Bowl: Kerrunch. I really, really do. It’s just too awkward to use and no interesting enough to play. There isn’t enough good to outweigh the bad/annoying, even for a game that doesn’t cost anything to download or play.