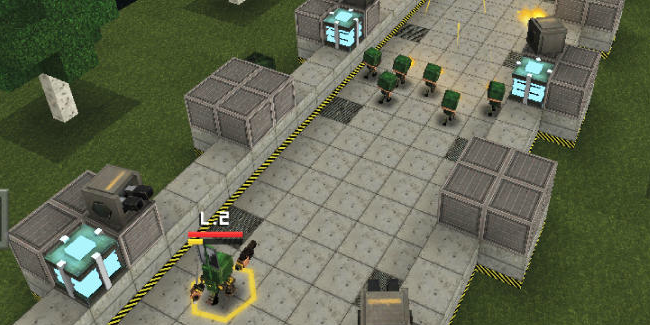 Nobody really expects a real-time strategy title to be as easy-going as a walk through a grove of block-shaped trees. We’re talking about war, after all. People die in wars. Zombies explode in wars. Nevertheless, casual RTS fans will probably balk at Block Fortress: War‘s steep learning curve. Even genre veterans may quickly realize they’ve met their match.

Block Fortress: War takes place in the far-flung future. Space has been colonized, and the universe is very square. That’s not to say it’s lame: it’s literally made out of cubes.

As humanity zips around the universe, it logs more face time with aliens. Many of these critters are hostile and wish for our destruction. What do we do with angry aliens? We go to war with them, of course.

The action in Block Fortress: War happens across the surface of several planets, each of which has its own hostile terrain to contend with. Scoring a victory requires the leader of your troops to take down and capture the enemy base. Soldiers pour out of your barracks at regular intervals for back-up. Similarly, enemy generals lead their own troops with the aim of capturing your barracks.

The key to survival are resource blocks, which can be captured by your leader and put to work. The more resource blocks you have, the more soldiers spawn with each turn. More importantly, capturing a resource block gives you a chunk of resources that can be put back into building block towers and turrets. These turrets are vital for your defense.

As your leader slays enemies, their level goes up and they gain access to important skills. Soldiers’ levels also go up, allowing them to equip better weapons and armor. However, the more junk your troops carry, the longer they take to spawn, so it’s critical to reach a balance. 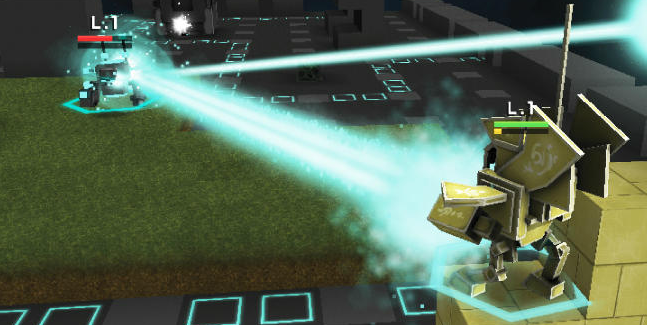 Said balance is oh-so important because, again, this is not a game for the faint of heart. Enemies pour at you relentlessly, and attack your captured resource blocks without mercy. Once a block is gone in campaign mode, it’s gone for good. That means less soldiers to back you up.

Additional words of warning: Controlling the camera in Block Fortress: War takes some practice. The primary control scheme involves on-screen buttons. The secondary option is swipe-based, but it’s slippery and tends to swing. Neither scheme is bad once you get the hang of them, but they’re not instinctive at first, either.

Finally, opt for a tablet version of the game if you can. Your little block heroes and their defenses are hard to see on a phone.

Tempting as it is to instantly dismiss Block Fortress: War as unfair, it grows on you the longer you plug at it. Still, it’s a rough recommendation for RTS newcomers – though they may get some enjoyment out of an even match via the multiplayer mode. Experienced players should definitely give both the campaign and the multiplayer modes a try.